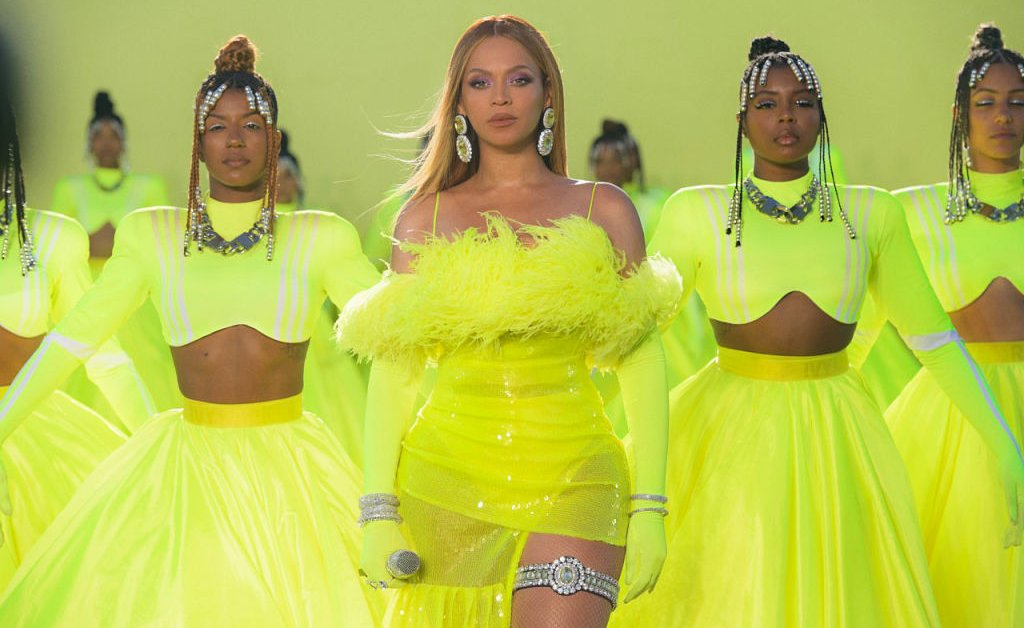 A a week before its release, Beyoncé has revealed the tracklist for her highly anticipated seventh studio album, Renaissance. The album will be released in the wee hours of midnight on July 29, although it was reportedly leaked two days before its scheduled release. A single released in June, “Break My Soul”, suggested that the album might be heavily influenced by house music.

Along with the 16-track list, Beyoncé released credits for the artists, composers, producers, and songwriters she collaborated with on the album, including Pharrell, Drake, Raphael Saadiq, Big Freedia, Tems, The- Dream, and No ID. The addition of iconic disco-era artists like Donna Summer, Grace Jones, Teena Marie and James Brown has led to speculation that Beyoncé might sample them for a made-for-dance album. Although Beyoncé has a songwriting credit for every song on the new album, her decision to bring in multiple collaborators for the project is in line with her past work. This creative method has been a topic of discussion in her music for years, culminating in 2016 when she released her masterpiece, Lemonade.

This album had 72 songwriters in addition to Queen Bey. The sheer number spawned plenty of musings and even a dubious meme, with detractors arguing that Beyoncé’s creative talent or finished project was somehow diminished by working with multiple collaborators. In reality, however, Beyoncé’s collaboration with other artists has much more to do with intellectual property law and the fairly modern practice of sampling (reuse of part of an original sound recording in another recording) and interpolation (when part of a recording is -recorded and turned into something new).

Why “Hold Up” Credited 15 Songwriters

In a series of viral TikToks this month, Patrick Hicks, a content creator who explains musical narratives, ably explained why 15 songwriters were credited on Lemonade second track, “Hold Up”. As Hick explains in the video, a demo for the song was originally written by Vampire Weekend frontman Ezra Koenig, apparently inspired by a 2011 tweet he wrote that referenced the song. “Maps” by Yeah Yeah Yeahs in 2003.

Koenig worked on the demo with DJ and producer Diplo, with the duo creating a hook that interpolated the lyrics of the Yeah Yeah Yeahs, but was based on a loop from Andy Williams’ 1963 track, “Can’t Get Used to Losing You,” which was written by songwriting duo Jerome “Doc” Pomus and Mort Shuman. Koenig later decided the song would be a better fit for Beyoncé, who received the demo from Diplo.

After hearing it, Beyoncé brought in a range of songwriters to build on the demo; these range from Melo X (who in addition to helping contribute lyrics, provides backup vocals on the track) to dance pop artist MNEK, who originally wrote an entire song on the demo and eventually contributed three lines at the bridge. Perhaps the most surprising of the songwriters was polarizing indie rocker Father John Misty, who bonded with Beyoncé through producer Emile Haynie (also a credited songwriter on the track). Father John Misty ended up writing the first verse and the catchy “jealous and crazy” chorus.

However, the songwriting credits for rapper Soulja Boy probably best illustrate why contemporary music, especially hip hop and R&B with their heavy sampling and interpolation, has so many songwriters. During its release, “Hold Up” briefly samples the hook from Soulja Boy’s 2008 song “Turn My Swag On,” adding him and the track’s co-writers, Natural Disaster and Antonio Randolph, to the long run. song credit list.

Evolution of case law and recognition of merit

Sampling and interpolation have now become mainstays of the music industry, especially as hip hop and R&B, genres that have long relied on samples as part of the craft, have become more currents. As samples and interpolation have become more widespread, the benchmarks of intellectual property law have changed, as have the definitions of what involves songwriting itself; two seminal and very expensive cases on the use of samples in rap music in 1991, involving rapper Biz Markie and legendary hip hop group De La Soul, helped set the current precedent in which samples and the tween are attributed to songwriting.

Olivia Rodrigo’s 2021 album Acid songwriting credits were added retroactively due to apparent similarities on songs that were later determined to be interpolations of the work of Taylor Swift, Jack Antonoff and St. Vincent as well as Hayley Williams of Paramore and the former band guitarist Josh Farro. The credits for Swift, Antonoff and St. Vincent came after Rodrigo said in an interview that the bridge to his song “Deja Vu” was inspired by Swift’s track, “Cruel Summer.” In the case of Williams and Farro, increased attention from critics and fans who noted similarities between Rodrigo’s “good 4 u” and Paramore’s “Misery Business” apparently prompted the credits.

That’s why a major new influx of collaborators for Beyoncé for Renaissance should be a point of celebration, and his commitment to crediting them, a good role model for artists making music today. Just look as far back as “Break My Soul,” which credits house legend Robin S., with an interpolation of the synths from his oft-sampled song “Show Me Love.” While the tween itself is quite subtle, Beyoncé shows an admirable dedication to giving credit where credit is due to the artists whose work has touched her albums. Obvious legal imperatives aside, it shows that Beyoncé isn’t afraid to draw inspiration from many sources and work with collaborators of all genres, arguing that when it comes to making a memorable album, more the more creative influences, the better the finished product.