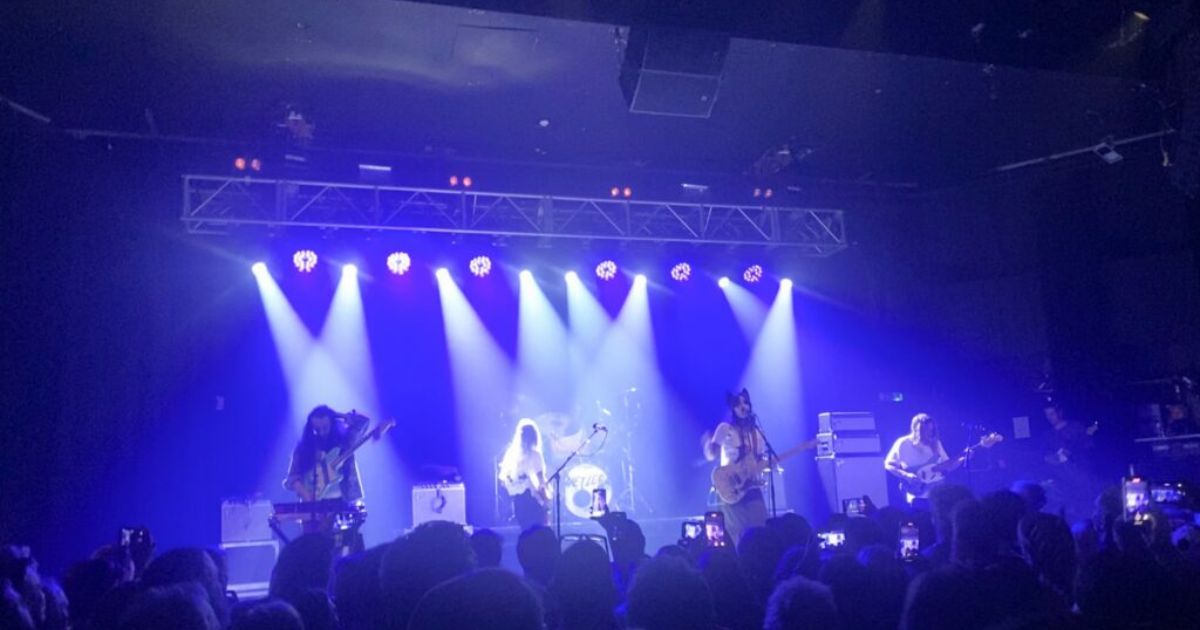 You can’t say that many bands have achieved a meteoric rise like Wet Leg, which in the space of 18 months went from having no music released to being nominated for Mercury Awards and Grammys. Despite nominations and the runaway success of their self-titled debut album, their recent performance at the O2 Academy Bristol didn’t seem like a victory lap. Instead, the gig had the feeling of a band still on the rise and rightfully enjoying every minute.

Beginning with their album opener, “Being in Love”, Wet Leg dove headfirst into the energetic indie sound that made their debut album so enjoyable. The sold-out Bristol crowd, already in high spirits after the perfectly funky supporting act Lava La Rue, quickly embraced the song’s electricity, joining in with the lyrics of ‘I feel like someone’ one hit me in the gut, but I kinda like it because it feels like we’re in love”.

The group then launched straight into “Wet Dream,” a catchy and infectious song, which is arguably the most popular of the act — and for good reason. Lead vocalist, Rhian Teasdale and lead guitarist Hester Chambers exchange vocals throughout the chorus and the groovy bass line gave the crowd even more reason to put on their dancing shoes.

A clear reason for Wet Leg’s widespread success can be attributed to the pulsating chemistry between the band, which is on display more than ever in Bristol-Chambers and his bandmates share frequent smiles as they then launch into hits such as ‘Supermarket’ and ‘Oh no’. 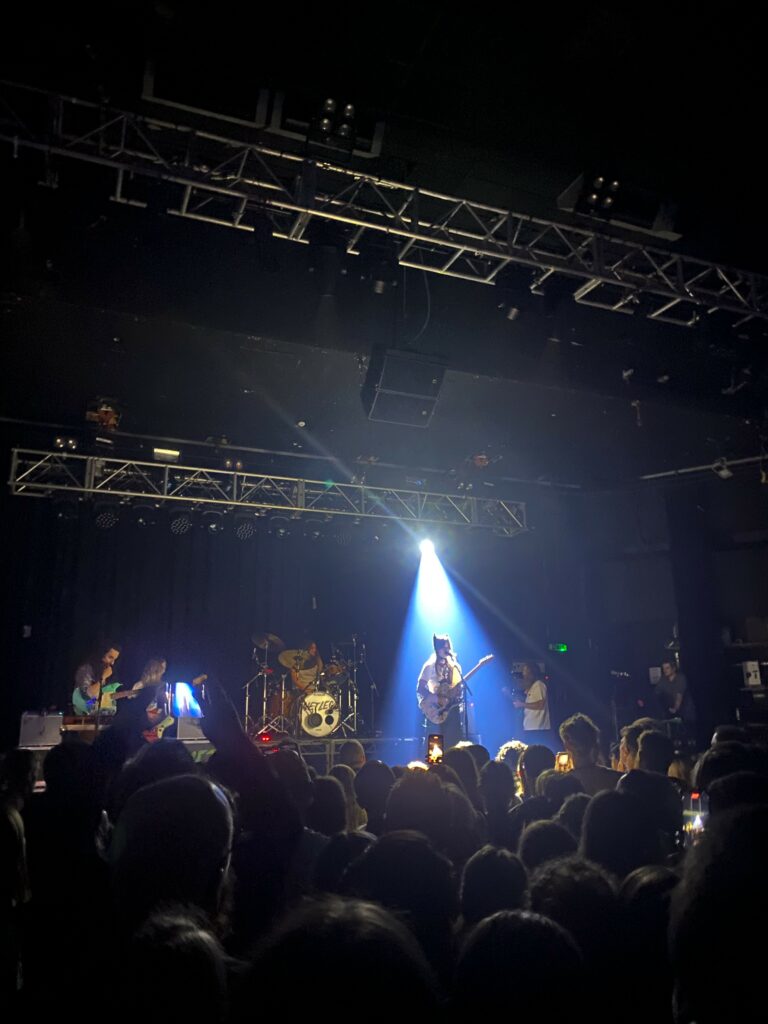 Having previously declared it to be his sister’s birthday, Teasdale pointed to her in the crowd, before leading the group in singing a melodic version of “Happy Birthday” – an intimate moment, where the whole room s joined to sing the song as a unit.

After leaving the stage for five minutes due to a medical incident in the crowd, the band returned with undoubtedly one of the highlights of the evening: a cover of ‘Never fight a man with a perm’ from Bristolians, Idles. Perhaps a shock to some, who may not have expected indie rockers to attempt the punk anthem, however, the cover showed Wet Leg’s versatility and appreciation for other modern musicians. 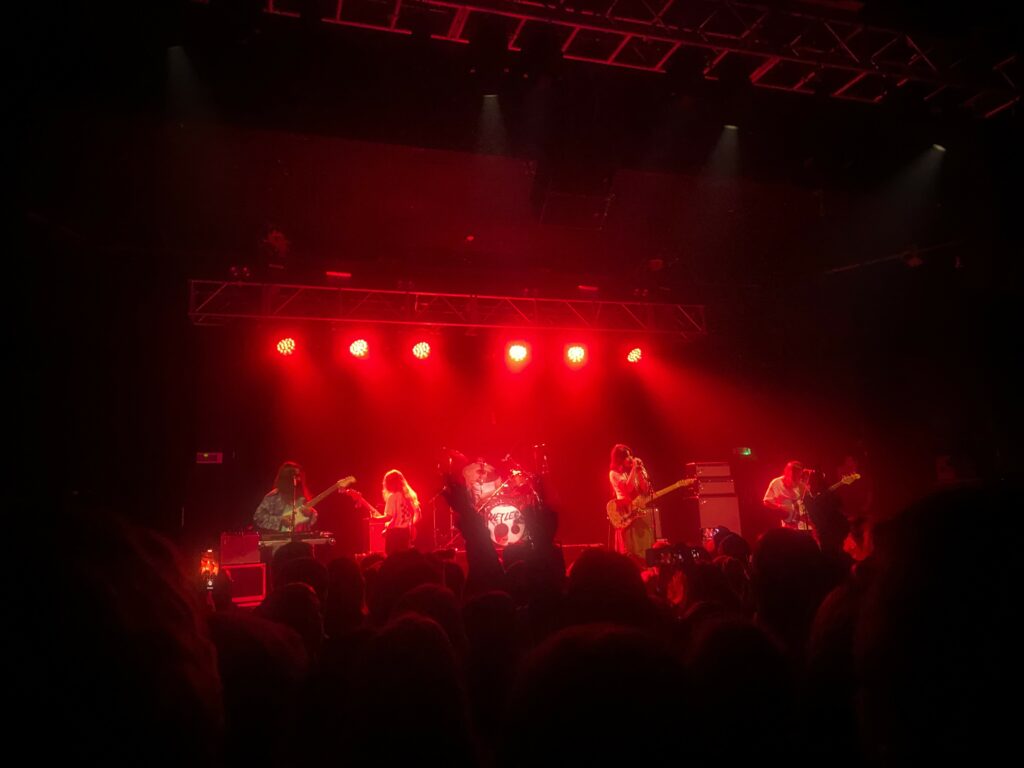 Finally, the Isle of Wight act closed out their set, allowing carnage to break out on their single “Chaise Longue”. The song epitomizes Wet Leg perfectly, with the members happily playing the tune that has become a staple in all UK indie clubs, as audiences latch on to Teasdale’s every word.

As I left the concert, I was able to recall the first time I saw Wet Leg, where I stood in the back of a crowded tent at Latitude Festival 2021. At the time, it seemed being a very important moment for the band, performing a small set in front of a packed crowd of adoring fans. However, after witnessing the recent spectacle in Bristol, it’s clear to all that bigger is yet to come. And one thing is for sure, Wet Leg is savoring every moment of it.

Related stories recommended by this writer:

• Is your indoor plant dying? Read this seven-step guide to reviving your foliage friends

•What has really changed at The White Bear? A look inside the new and improved pub