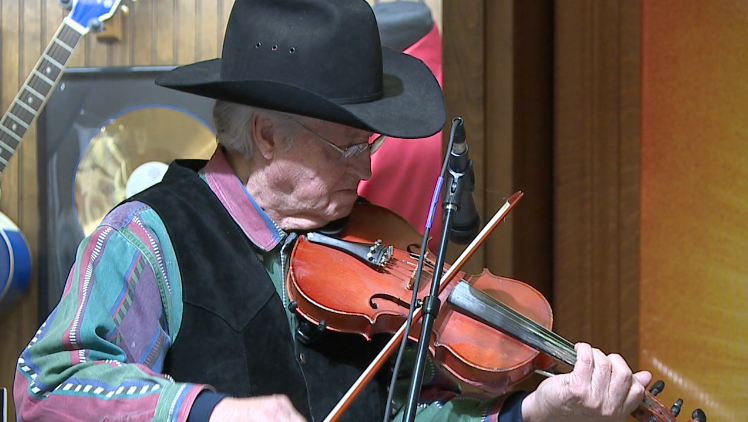 JACKSON, Tenn. – The contestants continued their quest for the semi-finals during TN Songwriters Week.

Twenty songwriters competed at the Tennessee Legends Music Museum at Carnegie for a chance to qualify for the semi-finals at the Bluebird Cafe.

Lori Nunnery, executive director of Visit Jackson TN, says the goal of these events is to help foster and develop new talent in West Tennessee.

“What’s great about this event is that I got to meet a lot of amazing songwriters, musicians and artists during this event. Our goal as a tourist board in Jackson is to help promote the music, so this is just another step in that direction,” Nunnery said.

Nunnery says she enjoys being part of the growth of these musicians and watching them develop over time.

“I enjoyed it so much personally. It’s just going downstairs and seeing someone before they fully start their career. Just having the opportunity to meet different musicians from the community, it’s very rewarding,” Nunnery said.

Amy Jogither, a local musician, says the contest is about more than just winning.

“Coming together to collaborate is always a really good thing, you can take something away like that whether you move on or not. Sometimes that leads to other gigs and obviously ideally that would be moving on to the next round,” Jogither said.

Felicia Ingram, a gospel singer, says her music is an escape from reality.

“Songwriting is kind of an escape for me and kind of like therapy for me. So if you like doing it, do it. Don’t worry about being on a big platform or a big stage. Do it because you love it,” Ingram said.

Tyler Morton, an autistic folksinger, says he uses music to pave the way for people with disabilities and to show the world that his disability doesn’t define him.

“I try to get people to understand that even if you have a mental disability, you can still do something on your own,” Morton said.