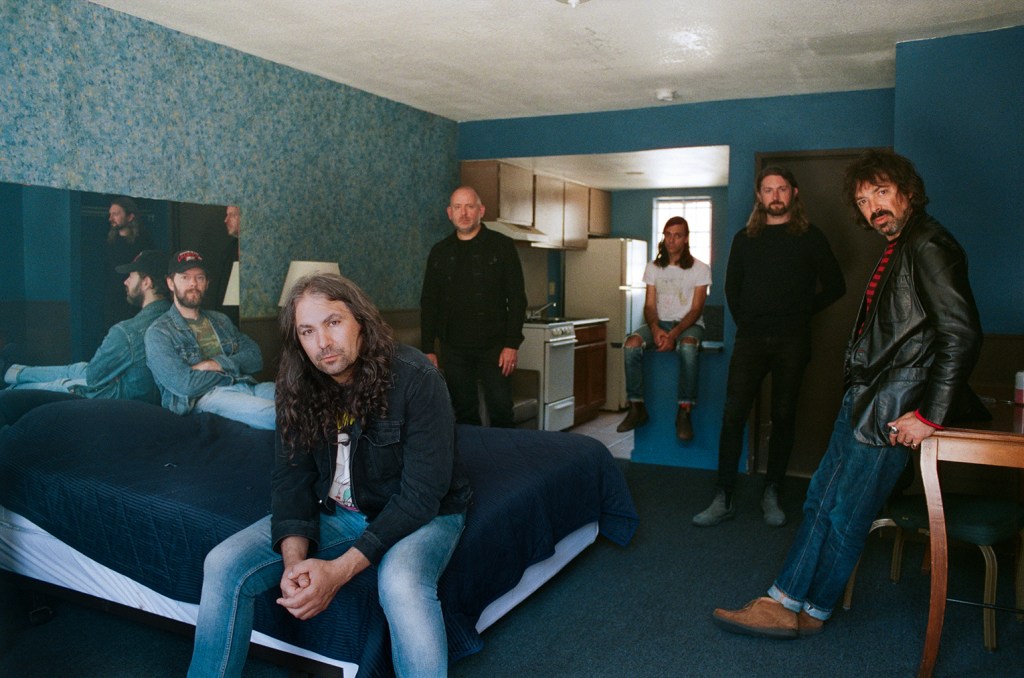 It was a looping moment recently for The War on Drugs’ Adam Granduciel, who attended a Pearl Jam show in Los Angeles last month.

“I was supposed to go see them in 1994 in Boston where I grew up,” said Granduciel, calling from Burbank. “My friend had tickets, then he didn’t, so I never saw them. The other day was my first time. It was so much fun.”

At first glance, one wouldn’t necessarily see a musical connection between the Rock & Roll Hall of Fame grunge band and the modern indie band that seamlessly blends indie rock and psychedelia with a hint of jam band sensibilities.

However, stepping back one can see a comparison more in the spirit of the music and respect for their respective audiences.

“You probably don’t hear it but (Pearl Jam) taught me how to play guitar,” Granduciel said. “When they were playing on ‘Saturday Night Live’ or (David) Letterman, I would tape them to VHS and watch them over and over and study where their hands were and what amps they were playing.

“The one thing they really influenced was that we did Jimmy Fallon during lockdown. We decided to make a song that no one has ever heard before. It was inspired by when (Pearl Jam) was promoting “Vs”. on ‘Saturday Night Live’ and the first song they played was ‘Not for You’ (from the unreleased album ‘Vitalogy’), which no one had heard. I was like, ‘This is the craziest thing I’ve ever seen. Then they did “Rearviewmirror” and “Daughter”. It was life changing.

While not necessarily characterized as life changing, The War on Drugs took a different necessity-based approach when it came time to record their latest effort, “I Don’t Live Here Anymore.”

Created during the pandemic when everyone was isolated in their own homes, Granduciel for the first time took a hands-off approach allowing band members to take their early demos and tinker, adding guitar or keyboard ideas.

“It’s tough when everyone is flying out to LA and we have 10 days in the studio,” Granduciel said.

“Letting people work at their own pace from home was really amazing because we got so many great things out of their experiences that you might not get when you’re on location in the studio or feeling rushed. ”

Not only would the tracks end up going in a different direction, but the end result was a more mature and confident War on Drugs. Granduciel said the band’s signature headspace and textural sound remain.

“I wanted the album to be more relevant, more economical with the songwriting,” Granduciel said. “For as much sonic exploration as there might have been, there were songs you could play piano or acoustic.

“A song like ‘I Don’t Wanna Wait’, I kept hammering away until I felt like I had a better song. I was like, oh, that’s a song which really has a lot of different moments. I was just proud of it as a songwriter because there’s a lot going on in this song that I hadn’t done before. It took me a long time to understand its heart.

With fond memories of playing all over Cleveland, from the Grog Shop to the House of Blues and the Agora Theater, Granduciel looks forward to the band’s return to northeast Ohio with a show booked on 9 June at Jacobs Pavilion.

“We always have fun,” Granduciel said. “There’s something in the air there, like it’s going to be a rock ‘n’ roll show. I can’t wait to be in Cleveland.

The war on drugs