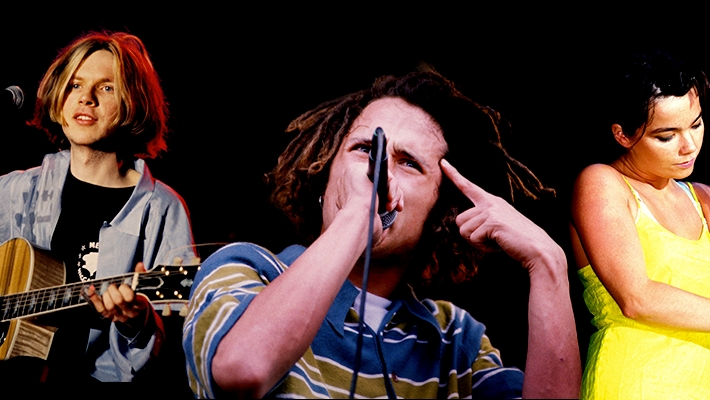 On Wednesday, the Rock & Roll Hall Of Fame announced its class of 2022: Dolly Parton, Eminem, Duran Duran, Lionel Richie, Carly Simon, Eurythmics and Pat Benatar. the New York Times called him as “an array of musically diverse inductees”, which is certainly true. Taken on their own merits, each new Hall Of Famer is… fine. Totally, totally… very good! But these things are never taken “on their own merits” alone. Anyone who cares – and caring about the Rock Hall is considered questionable behavior, I admit – can’t help but note who is do not still inside.

I started voting for the Rock & Roll Hall Of Fame in 2021, having spent much of my professional career blowing raspberries at the institution. But despite all my criticism of Rock Hall, I figured if this thing was going to exist, I want to have a (very small) say in who gets in. Although as a voter you only have a certain amount of power. Each year, the nominating committee selects about 20 acts to review, and voters choose up to five of these nominees on their ballots. Written entries are not permitted. (If they were, I would have put WARREN ZEVON in big block letters on all my ballots.)

It’s no secret that a lot of great artists can’t be found at the Rock Hall. In many cases, I understand why, in a way. I guess John Prine doesn’t seem rock enough to voters? Kate Bush probably isn’t famous enough in America? Most people only know Thin Lizzy for one song, I guess? But there is a glaring bias that I really do not understand. For all the emphasis on producing “a musically diverse array of inductees”—an important goal, of course—the Rock Hall has historically shown little or no apparent interest in honoring much of the most acclaimed by most critically and commercially successful. rock music from the last 40 (!) years.

I’m not one of those people who complain about non-rock artists coming to Rock Hall. I’m leaning towards defining “rock ‘n’ roll” as loosely as possible, since the genre’s most important artists have always been magpies who tap into all types of music, from country to jazz to hip. -hop, and all the rest. . The Rock Hall should reflect this. (Congratulations, Dolly!) At the same time, however, I find it very odd that a lot of real rock music is often not even considered for the Rock Hall. Sometimes I think there’s a misconception that every notable rock band has ever been inducted. That couldn’t be further from the truth.

Now, I could refer to a number of overlooked metal and hard rock acts from the 70s, but let’s focus on one glaring oversight at a time. (Thanks to Judas Priest for being inducted this year as a “Musical Excellence” inductee. Now do Iron Maiden!) Instead, I want to talk about Rock Hall’s weird bias against alternative and indie bands. .

This year, former residents of Alternative Nation Beck and Rage Against The Machine were inducted and passed away. Reasonable people can disagree on whether these acts are more or less important than Lionel Richie or Carly Simon. But there’s no doubt that the average Rock Hall voter tends to prefer the pop and soft-rock stars of the 70s and 80s to the artists who appealed to teenagers and young adults in the 80s and 90s. And that hasn’t really changed over time, even though our most iconic alt and indie legends are well into middle age.

So far, only the highest echelons of the alternative 1% of the 90s have reached Rock Hall: Nirvana, Pearl Jam, Green Day, Radiohead, Nine Inch Nails and Foo Fighters. (Remember that embarrassingly Radiohead was passed over in its first year of eligibility.) Now consider this partial list of notables who aren’t in: Soundgarden, Alice In Chains, Smashing Pumpkins, Oasis, Weezer, Fiona Apple, Hole, Blink-182, Blur, Ween, Tori Amos, Stone Temple Pilots and Tool. (I might also note bands that aren’t strictly alternative rock but are adjacent, like Phish, the Dave Matthews Band, Massive Attack, and the Black Crowes.)

On the indie side of the 90s, you have Pavement, once described as “the best rock band of the 90s” by The voice of the village – outside, with luminaries such as PJ Harvey, Björk, Fugazi, Wilco, Liz Phair, Guided By Voices, Modest Mouse, Sunny Day Real Estate, Flaming Lips, Built To Spill and Yo La Tengo.

Maybe you like these artists, and maybe not. But this is not obscure music! They were all either popular or critically adored in their day (or both), and in many cases continue to be relevant today as legacy players or respected brands. In terms of music history, they’re obviously important to the rock music continuum. But the museum that claims to honor that continuum seems to think — apart from the most obvious heavy hitters — that rock music mostly ended after the Eagles broke up.

Earlier this week, Vulture ran an enlightening (I mean extremely irritating) interview with two unidentified voters from Rock Hall, in which they candidly divulged their reasoning for who they voted and who they did not vote for. Based on their answers, I’m guessing these voters are baby boomers or on the very gray end of Gen X. (One voter described himself as “a senior in training.”) None of them didn’t vote for Beck or Rage Against The Machine. On that last act, one voter remarked, “It’s too early for Rage Against the Machine. Their music is holding up very well, but there are too many bands who are decades older than them and need to be inducted first. Jane’s Addiction is not there. Fishbone is not here. Get these guys into their prime; then we talk about Rage Against the Machine.

Consider that Rage Against The Machine’s self-titled debut album will celebrate its 30th anniversary in November. We’ve had six different presidents since the release of this album! And yet, this is what passes for “too soon” in the mind of at least one Rock Hall voter. Rage guitarist Tom Morello turns 58 later this month, meaning he was eligible to join AARP in 2014. But by Rock Hall standards, he’s still an inexperienced whippersnapper. Still! In 2022! And you wonder why he continues to rage against the machines!

All that aside, I don’t necessarily disagree with the idea that Fishbone or Jane’s Addiction deserve to come in before Rage Against The Machine. I’m not even a big fan of Rage, although I voted for them this year, because they’re legitimately important as a bridge between heavy rock and hip-hop, and also because I suspected voters de Boomer would ignore them. (Like Tom Morello, I’m young by Rock Hall standards. Thank you, Rock Hall!)

Here’s the thing: Rock Hall’s record of honoring ’80s indie and alternative rock icons is even worse than for the 90s. According to the essential site of the Future Rock Legends, Jane’s Addiction was nominated only once, in 2012, and was passed over, while Fishbone was never even nominated. But wait! It’s so much worse! Let me put it this way: not a single band from Michael Azerrad’s classic 2001 book of ’80s American indie rock, Our band could be your life, is in the Rock Hall. Black Flag, Minutemen, Mission Of Burma, Minor Threat, Hüsker Dü, The Replacements, Sonic Youth, Butthole Surfers, Big Black, Dinosaur Jr., Fugazi, Mudhoney, Beat Happening – that’s a big 0 for 13.

Look at all those names again! How the hell can you tell the story of rock ‘n’ roll without including only one of them? As for ’80s American indie bands not in Azerrad’s book, The B-52’s, Pixies, Bad Brains and X are also skunk. You might as well add Devo, another 2022 nominee who was passed over, to that pile as well. Expanding beyond America, the list gets even more shameful: The Smiths, Nick Cave and The Bad Seeds, Joy Division/New Order, My Bloody Valentine, Echo And The Bunnymen, the Pet Shop Boys and Jesus And Mary Chain must all wait their turn before Eurythmics.

Again, reasonable people may question whether some or even most of these acts are inductive. But the collective neglect of this era is appalling to the point of inexcusability, especially considering how determined Rock Hall voters seem to be in deepening the second and third tiers of ’70s corporate rock and pop and 80, while throwing the occasional bone at a multi-platinum rapper. What compounds the shoddy treatment of alternative and indie acts from the 80s and 90s is that it will be even more difficult to consider future alternative and indie acts. Following the logic of this anonymous voter of Vulture article, how can a future voter induct The National or Vampire Weekend if such a seminal band as Sonic Youth isn’t even in Rock Hall?

To be clear, the Rock Hall is the most affected by this. Many of the acts I have listed have been the subject of reputable books and documentaries. Fortunately, music historians have given them the proper appreciation. They’ll all be fine without the Rock Hall. It’s the Rock Hall that’s severely diminished without them.