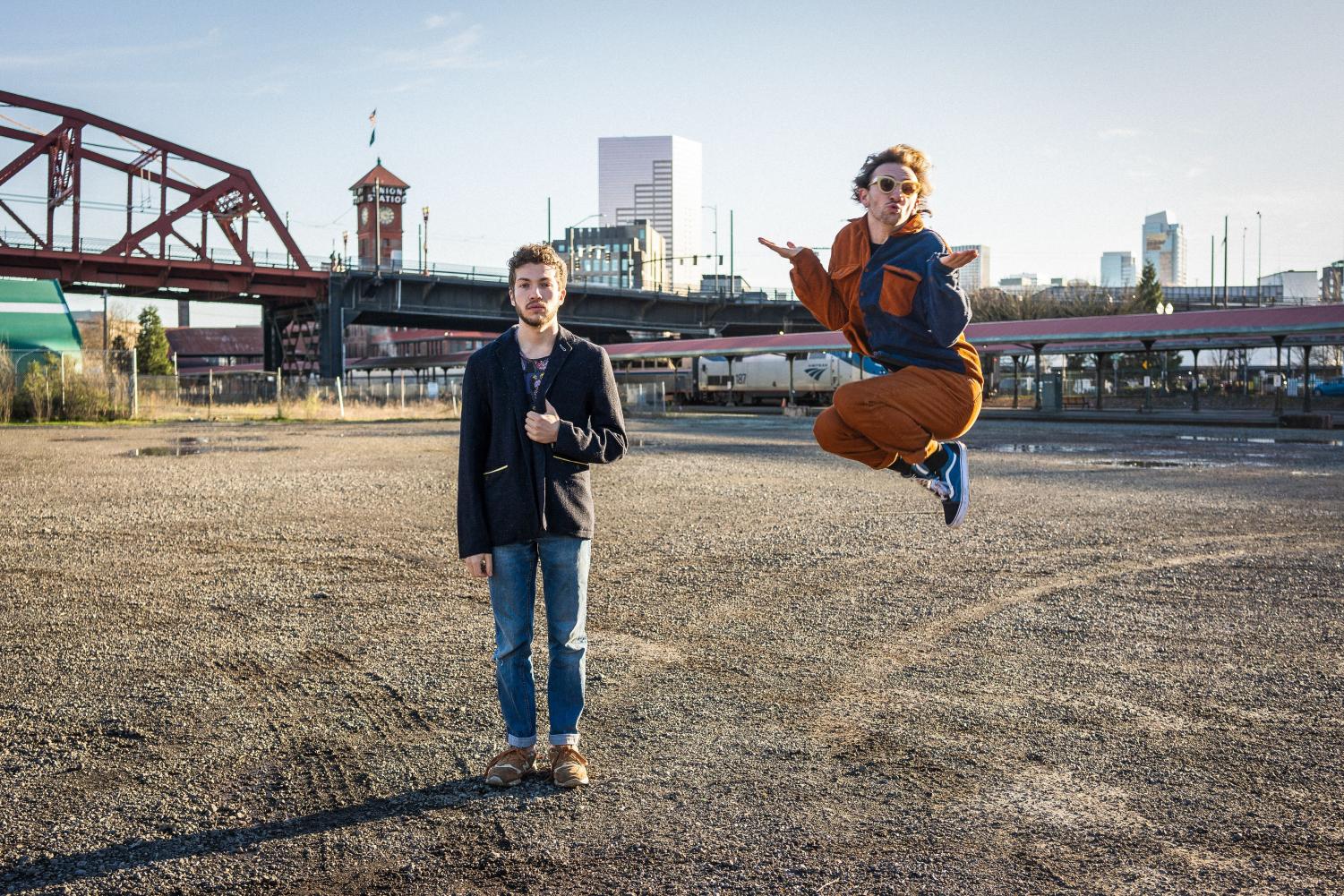 Stage Wombat Collective consists of Knitzer on guitar and vocals, alongside vocalist and pianist Steinhorn, and bandmates Will Finnegan (McCormick ’19) on guitar, Jared Decker (Bienen ’18) on drums and Rae Goldman on bass. The group will release their first 6-track EP on Friday March 12th.

While their music is primarily in the realm of indie rock, the band also tries to incorporate funk and folk sounds. They work with elements of traditional musical theater by writing lyrics that fulfill a narrative function.

“(The song is about) being the entertainment for others and hoping they have a good time at the expense of you taking care of yourself,” Knitzer said. “And how we love being the artists, and we love putting on the show, so there’s a bittersweet tone to it.”

Steinborn described producing “Clown Wolf” and the band’s other song “Self-Drawn Circle” as a “huge learning experience”. There were many creative decisions to be made, some of which Steinhorn and Knitzer said they had never faced before. This included determining which instruments to incorporate and at what volume.

Although they couldn’t all train together in person, the group showed strong chemistry and a desire to work together. Decker said playing in the band is “a combination of trust and mutual respect”.

Decker said he particularly enjoyed the process of working with his bandmates to turn each member’s ideas into music.

“Either they had an idea and we could interpret it, or they trusted us to fill in the gaps,” Decker said. “It’s a really rewarding part of playing in the band.”

Knitzer, who is on guitar and vocals, said the band had a very comfortable and relaxed work environment, allowing the space to be a “happy place” for him to create.

The Stage Wombat Collective members said they hope their future includes exciting new opportunities, like collaborators and a national tour. They also plan to continue exploring different styles of music.

“Seeing what we can get that is exactly, specifically, and uniquely us is what I’m most excited about moving forward,” Steinhorn said.