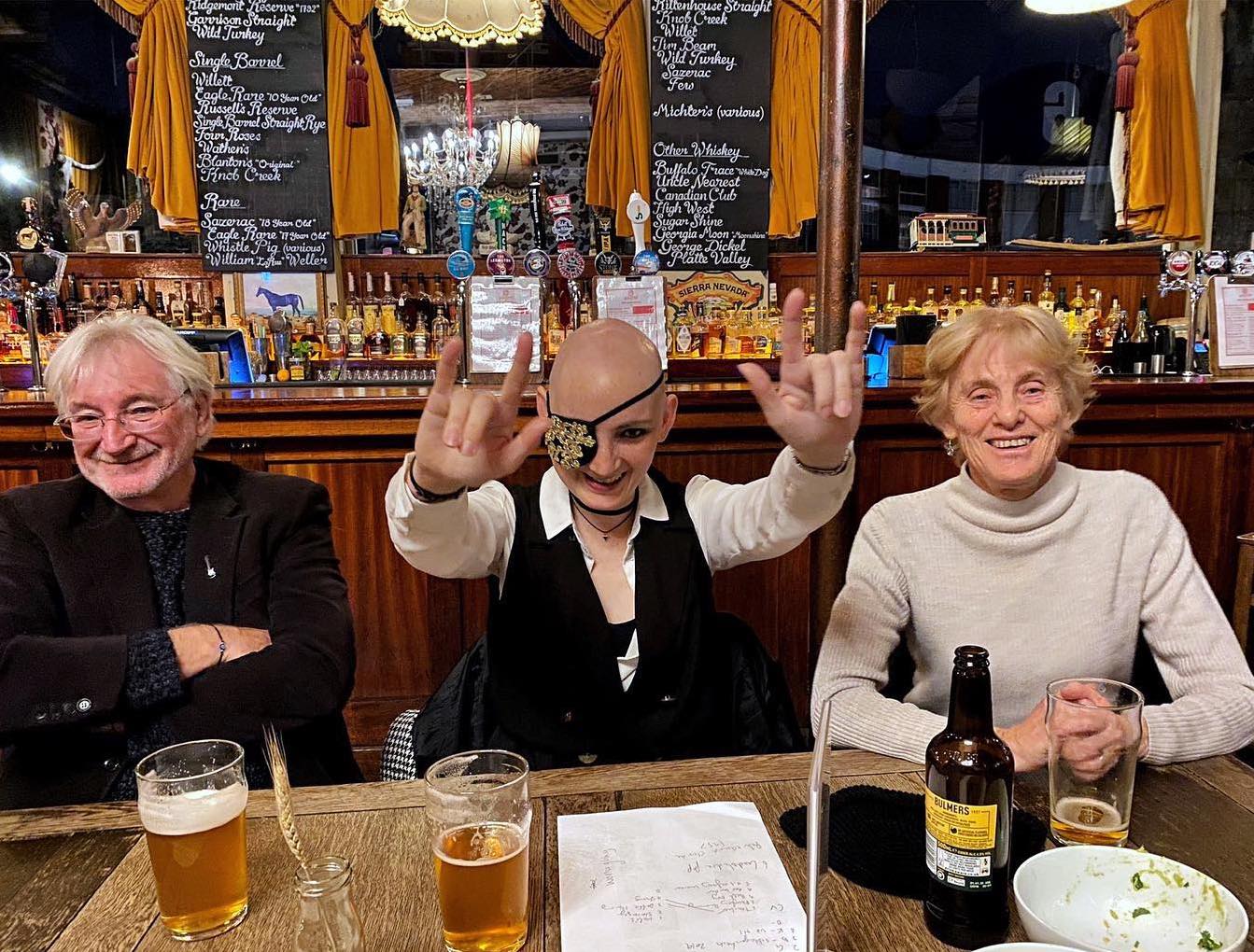 A MUSICIAN and writer is set to release her debut album, which she recorded while on a palliative radiotherapy tour for cancer.

Jen Eve Taylor, who is being treated for osteosarcoma, told the Grandstand: “I am told that I have weeks to months [to live]. I’m sure most people would go back to radiation therapy, but instead I committed to finishing my album.

She has had her next indie rock album mastered by Katie Tavini – who has worked with Arlo Parks and the Royal Philharmonic Orchestra.

She revised her schedule to give Ms Taylor a three-week window to complete the taping. “I needed to know what kind of timeline Katie would be working on because I hadn’t finished the album yet and I don’t have much time on this planet either,” Ms Taylor said.

“So if you say it’s going to take six months, it’s not going to work for me because I literally have medical professionals saying I’m going to die any day now, which I don’t. don’t try to think. almost too much. I can’t leave anything too long, and I want it done.

Besides the time- and energy-consuming radiation therapy, Ms. Taylor faced other obstacles to her musical creation. “I had most of my face cut off due to cancer treatment and for a long time I thought I was never going to sing again,” she said.

“Between that and this huge hole in my face, it’s not easy for me to sing. Radiation therapy was only going to make it worse, so deep down inside I was thinking “any day I might lose my ability to sing”. But I found a way to sing, and I sang on the album.

Ms Taylor, who is a classically trained musician and grew up in a musical family, was diagnosed with a rare form of bone cancer in 2017. The cancer was removed during surgery but, sadly, it came back late 2020, and she has been in palliative treatment ever since.

Ms Taylor, who lives in Upper Holloway, is also on the final round of edits for her debut novel which focuses on ‘female friendship, the path to creativity and finding yourself in a world that wants to keep you small’.

“I originally planned to go the traditional publishing route and find an agent, but that takes two to three years,” she said. “I want to be a published author for as long as possible.”

She has cultivated a large following online through her blog, The Cancer Chronicles, which she started the day she was diagnosed as a way to keep friends and family back home informed.

“My cancer is really rare; 75% of people are misdiagnosed. Nobody knows, and it’s very, very deadly unless you catch it early, which nobody ever does because nobody knows. Every time I have the opportunity to say “hi, my name is Jen and I have osteosarcoma”, it’s worth raising awareness. »

Ms. Taylor’s album, Dreams of the Lights, is due out on November 12.