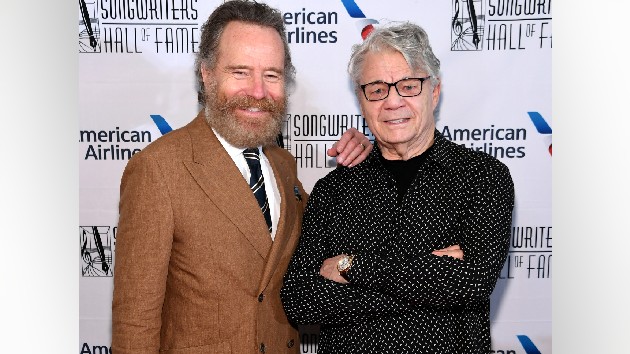 Steve Miller is in the Rock and Roll Hall of Fame, but on Thursday night in New York, he received an honor that he considers even better than that: he was inducted into the Songwriters Hall of Fame. On the red carpet before the event, Miller told ABC Audio he didn’t expect to be honored for his writing.

“I was absolutely shocked when I was told I was going to be inducted into the Songwriters Hall of Fame,” Miller told ABC Audio. “I went, ‘What?’ And I was in disbelief. But it’s such an honor and I’m so happy to be here.”

“When you look at the people on the list inducted tonight, it’s just breathtaking,” he added, referring to other inductees as Eurythmic and The Isley Brothers. “And to be a part of it…it’s the greatest honor of my career.”

While Miller’s compositions include number one hits like “The Joker,” “Rock’n Me” and “Abacadabra,” he says there’s one song he’s particularly proud of.

“I think ‘Fly Like an Eagle’ is the one that stands out,” he said of his 1976 number two hit. “It’s a very important song for a lot of people all over the world.”

“It’s about justice and equality. And so it means something better than ‘ooh, baby, baby’ – even though I like ‘ooh, baby, baby’ songs, you know?” he’s laughing. “But this one…it affected the world a bit, which makes it more valuable.”

Miller performed “Fly Like an Eagle” at the ceremony after being inducted by his friend Bryan Cranstonwhom he met about three years ago backstage at Cranston’s Broadway show.

“I just like the guy, you know?” the actor told reporters. “He’s like a really cool guy who loves music…he loves blues and jazz and, you know, country. He explores, he stretches his musical talents and his curiosities…he was meant to be in music and playing the guitar.”