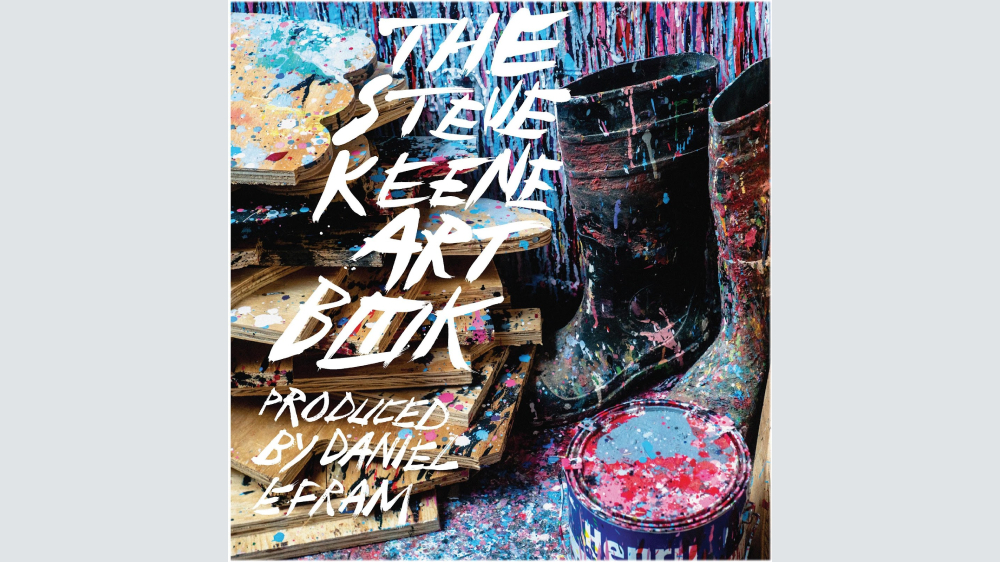 Steve Keene, whose oeuvre is almost synonymous with indie-rock via his work with Pavement, Apples in Stereo, Bonnie Prince Billie and others, will release the first-ever published book of his art, titled, understandably enough, “The Steve Keene Art Book (#SKartBook), available today (June 14) via Hat & Beard and Tractor Beam. The release follows a successful Kickstarter campaign with over 600 backers.

His work was also briefly featured on the Hulu series “High Fidelity,” starring Zoe Kravitz, on the walls of an indie-rock-loving character’s apartment.

Fittingly, the book is almost the same size as a vinyl album. head here for pictures and more information.

Although best known for his 90s indie-rock work, Keene is a monumental prolific artist who has created over 300,000 paintings in a career spanning over 30 years, many of which sell for just £5. $10 each.

Produced by Daniel Efram over a six-year period, the book includes essays and ideas from Oldham, Chan Marshall (Cat Power) and members of Superchunk, as well as anecdotes and personal stories from fellow artists like Ryan McGinness and Shepard Fairey.

Along with the book’s release, Keene announced “The #SKartShowLA” at Palm Grove Social in Los Angeles, July 28-August 12. Keene will have a multi-piece exhibition featuring works from various collections and new works by the artist as well.

Last week, Shepard Fairey and Subliminal Projects shared their “First Look” reel of the book, which has since had over 100,000 views across all platforms.