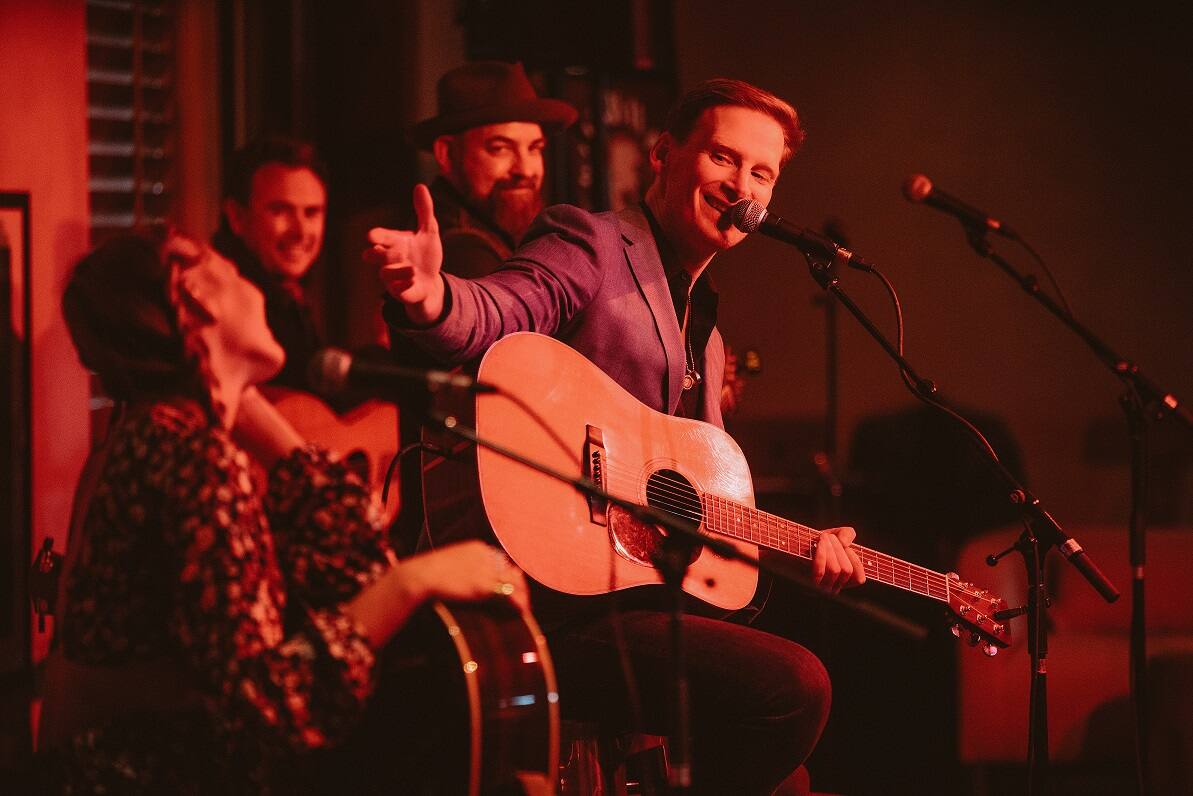 You may never get the chance to see a bunch of Grammy-winning songwriters hanging out and playing new and old songs together in one room.

What if you could?

In the laid-back and intimate “Songwriters In Paradise” music festival series taking place in the Healdsburg area, audiences can feast on delicious food and wine pairings as songwriters take center stage at venues. wineries. The festival, from July 20-23, features a series of songwriters performing together each night, swapping songs and exploring the stories and processes behind their favorite hits. Basically, it will be a giant jam session.

“When you hear the stories behind the songs, why an artist put pen to paper and how it happened, it never leaves you,” said Kristian Bush, who is part of award-winning country music group Sugarland. of a Grammy Award. “There’s a lot of joy as a listener and audience in discovering these stories that are buried in these soundtracks.”

“Audiences get a closer look at the process of a songwriter,” said Davis, the event’s founder. “As performers, we also benefit from a whole new creative and collaborative experience. You bring songwriters who have never played together before and watch them mix their styles.

Each night features two performances, from 6:30 p.m. to 9:30 p.m., featuring three to four songwriters for each performance at one of four wineries: Robert Young Estate Winery in Geyserville; Bella Vineyards & Wine Caves and Comstock Wines, both in Healdsburg; and La Crema Estate at Saralee’s Vineyard in Windsor.

However, there is more to the festival than just sipping wine and watching performances. It is also about raising funds for local causes.

Funds raised at the festival from signed guitars sold at auction, handwritten lyrics and other items will be donated to the Boys & Girls Club of Healdsburg, the Healdsburg Education Foundation and the Humane Society of Sonoma County.

“We’re trying to leave a decent, lasting impact on the community and leave Healdsburg better than we found it,” Davis said.

The concept of the festival is inspired by a Nashville tradition called the Writers’ Round, when a group of songwriters in a circle take turns singing their own songs.

It’s kind of the same idea, but with songwriters performing other people’s songs together on stage.

“You play on the fly. You create with the person next to you,” Bush said. “According to the songwriters who are thrown into the pot (on stage), it will create a different kind of spice. A new version of this song will be released.

The songwriters, when not on stage, will mingle with the audience in support of their fellow performers.

“It’s a safe, open, intimate and friendly environment,” Davis said. “Some people will hear a song they recognize, or ones they haven’t heard or (which) haven’t been recorded yet. This is very fun.

For the event, Davis selected the songwriters, all performers he considers good friends, for their musical talents and for their kindness, wit, humor and ability to communicate, he said. declared.

“These are people I write with, play with, and have a lot of respect for as humans, songwriters, and singers,” he said.

Songwriters in Paradise began in Hope Town, Bahamas. In 2013, Davis was invited to perform for a weekend at the Firefly Sunset Resort in Hope Town. He also wanted to hang out with his fellow musicians, so he invited a few of them over to play with him this weekend.

It became Songwriters in Paradise Hope Town, a three-night festival. Since then, it has become an annual event that lands in Napa; city ​​of hope; Cabo San Lucas, Mexico; and now Healdsburg.

“I just wanted to go on vacation and hang out and drink with my friends on an island that I don’t see often,” Davis said with a laugh. “When you’re all touring musicians, you don’t spend that time together.”

And since its inception, the festival has strived to give back to local communities, he added.

When Hurricane Dorian hit Hope Town in 2019, Songwriters in Paradise held a benefit concert two weeks after the storm, raising nearly $250,000 for the islands of the Bahamas.

This year, the Napa festival raised funds for Notes for Education, which promotes music education in California schools; St. Helena and Calistoga Boys’ and Girls’ Clubs; and the Saint Helena Volunteer Fire Department.

“We always try to give back to the wonderful places we are blessed to enjoy,” Davis said. “This is an opportunity to thank not only the songwriters, but also the community.”

For many of the songwriters who started out as cover artists, growing up in the corners of restaurants and delis, the festival will be a big reunion.

“I look at the combination of a lot of people that I’m a big fan of but also wrote songs with,” said Bush, who served as a Songwriters in Paradise performer for eight years.

After visiting Healdsburg over the years for events and to connect with local friends, Davis realized it would be the perfect location for the next festival. Additionally, the community of Healdsburg reminded him of his home in Camden, South Carolina, he said.

“Healdsburg reminds me of Camden,” Davis said. “It’s the people and the community. I like it there. It’s a special place.

You can reach editor Mya Constantino at [email protected] @searchingformya on Twitter.