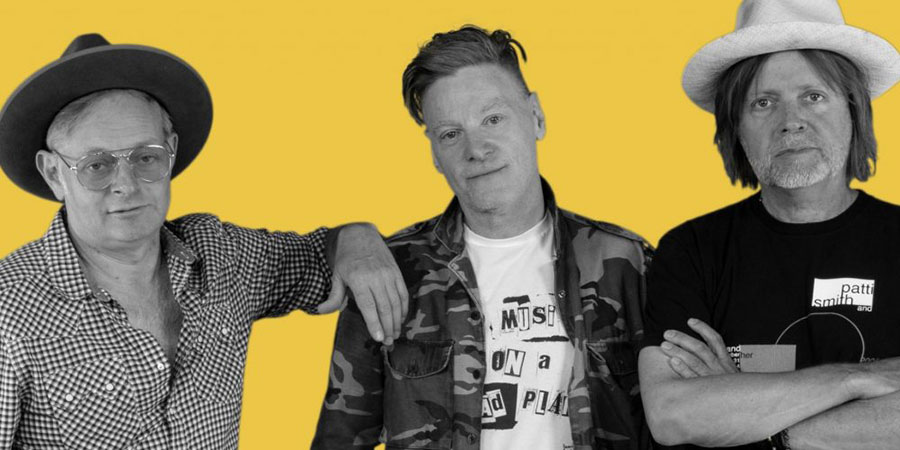 FERGUS – Frontman Ron Hawkins and founding member Stephen Stanley of legendary Canadian indie band Lowest of the Low, and Chris Brown of the Bourbon Tabernacle Choir are set to take the stage at the Fergus Grand Theater for a performance on October 6.

Hawkins’ musical career has included ongoing work with Lowest of the Low (LOTL), recordings with The Rusty Nails and The Do Good Assassins, as well as his own solo material.

Since leaving LOTL, Stanley has recently recorded and performed with The Stephen Stanley Band.

This eight-date tour will mark the first time the three artists will play together. They said, “These shows are going to give us the opportunity to connect with the public, play songs we don’t normally play, and share stories dating back to our bands’ formative years in the early 90s, every day. way to the present moment.

Brown, Hawkins and Stanley has chosen an eclectic set of tour locations to share his stories and songs. Most places have personal meaning for the performers.

Ron Hawkins and Stephen Stanley performed together for a one-off show at the Fergus Grand Theater in 2012 and have returned to the Wellington Center over the years for solo and full band shows.

“Fans of ’90s Canadian rock probably already know these guys,” said Curt McQueen of Kcm Productions, “Fans of good music, songwriting and storytelling are going to love this show. It’s a treat that these three come to the Wellington Centre.

Tickets are $35 and can be purchased at the theater box office or at centrewellington.ca/en/explore-cw/the-fergus-grand-theatre.aspx.