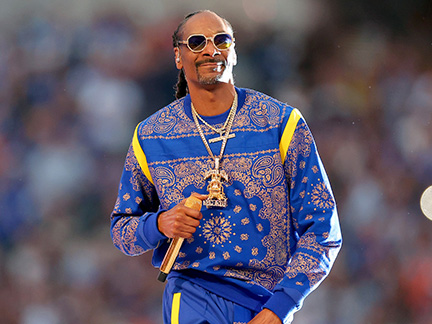 Snoop Dogg, Sade and Teddy Riley have been selected as nominees for the Songwriters Hall of Fame. They are part of the 21 finalists, individual and collective, in the running for the promotion of 2023.

Songwriters become eligible for the Hall of Fame 20 years after the first commercial release of a song they wrote or co-wrote.

Eligible voting members will be responsible for choosing three nominees in the songwriter category and three in the singer-songwriter category, according to The Hollywood Reporter. Voters will have until December 28 to submit their ballot.

Snoop Dogg is one of the most prolific rappers of all time with a catalog of music that dates back to the early 90s. As one of hip-hop’s most enduring MCs, he wrote hits like “Gin and Juice”, “Who Am I (What’s My Name)” and “Drop It Like It’s Hot”.

Sade, the four-piece British alternative soul band fronted by vocalist Helen “Sade” Adu, were one of the most influential bands in music history. The band only recorded six studio albums, but all of them went platinum, with hits like “Smooth Operator”, “Sweetest Taboo”, “No Ordinary Love” and “By Your Side”.

Riley, the architect of New Jack Swing, has been a successful factory since he was a teenager. He is responsible for writing and producing R&B, hip-hop and pop mega-hits, including Bobby Brown’s ‘My Prerogative’, Michael Jackson’s ‘Remember the Time’ and ‘Make It Last Forever’. by Keith Sweat.

Gloria Estefan is also nominated. Both a singer with the Miami Sound Machine and a solo actress, Estefan has lent her pen to numerous hits combining Latin and pop, including “Rhythm Is Gonna Get You”, “1-2-3” and “Coming Out of the Dark”. “. .”