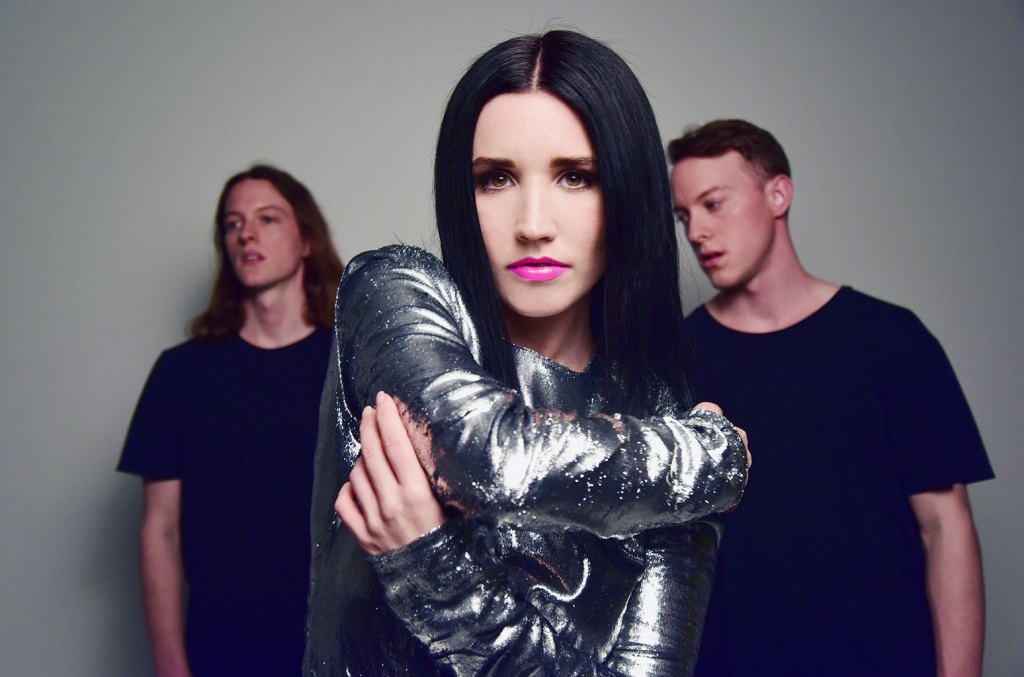 Shaed lands his first number 1 on a Billboard chart, as “Trampoline” climbs 2-1 in the Alternative Songs Stream chart dated June 8.

The DC-based trio are the second consecutive act to score a No. 1 debut on Alternative Songs, following Billie Eilish’s “Bury a Friend,” which reigned for two weeks ahead of “Trampoline.” Shaed is also the first act to top the count with a first entry since Marshmello, whose “Happier” (with Bastille) led in November 2018.

“Trampoline” completes the longest climb to No. 1 alternative song in more than a year, reaching the peak in its 26th week, at the same time as Alice Merton’s “No Roots” was to finally reign supreme in February 2018.

Shaed becomes the first non-solo act with female vocals since December 2016, when The Head and the Heart’s “All We Ever Knew” (which features vocals, but not lead, by violinist/guitarist Charity Rose Thielen) topped of list.

Listeners familiar with these four groups will understand the catch, however: although they feature female voices to varying degrees, none are led solely by women, relying (most notably in the cases of THatH, Fitz and Grouplove ) on male voices in a large part of their catalogs. , including each of these #1s.

So when was the last time before Shaed that a female-only duo or group ran Alternative Songs? You have to go back to 2003, and even that comes with a little technicality. That’s when Evanescence’s “Bring Me to Life,” featuring Paul McCoy, reigned supreme (March 29), marking the Amy Lee-led band’s only No. 1 alternative song. But, with the addition of 12 Stones lead singer McCoy, it’s another song with male vocals, albeit in a starring role.

That brings us to “Celebrity Skin” by Hole, the former alt-songs frontman whose pedigree most closely resembles Shaed’s. The band’s introductory single Courtney Love-fronted from their 1998 album of the same name topped the chart on October 10, 1998.

Throwback to 2019: Shaed’s moment in the sun continues the trend of more female singers leading alternative songs after a long stretch that saw no women in lead or featured vocalist roles at No. 1 between Evanescence in 2003 and Kimbra (featured on Gotye That I Used to Know’s “Somebody”) in 2012. In fact, with Shaed following Eilish at No. 1, it’s the first time a song with female vocals has followed another at No. peak of alternative songs since 2012 (“Somebody That I Used to Know” followed by Fun. “We Are Young”, featuring Janelle Monae) and the first time since 1996 that both songs have featured women in lead roles (“Salvation” by The Cranberries, “Mother Mother” by Tracy Bonham).

Shaed, fronted by Chelsea Lee with multi-instrumentalist twins Max and Spencer Ernst, has released two EPs, the most recent in 2017 Melt. “Trampoline” first rose to prominence through its appearance in an Apple ad in 2018, a distinction shared by another aforementioned song, “Tongue Tied” by Grouplove.

Meanwhile, “Trampoline” rose to pop radio, ranking No. 16 on the June 8 adult pop songs chart and closing in on the pop songs survey.