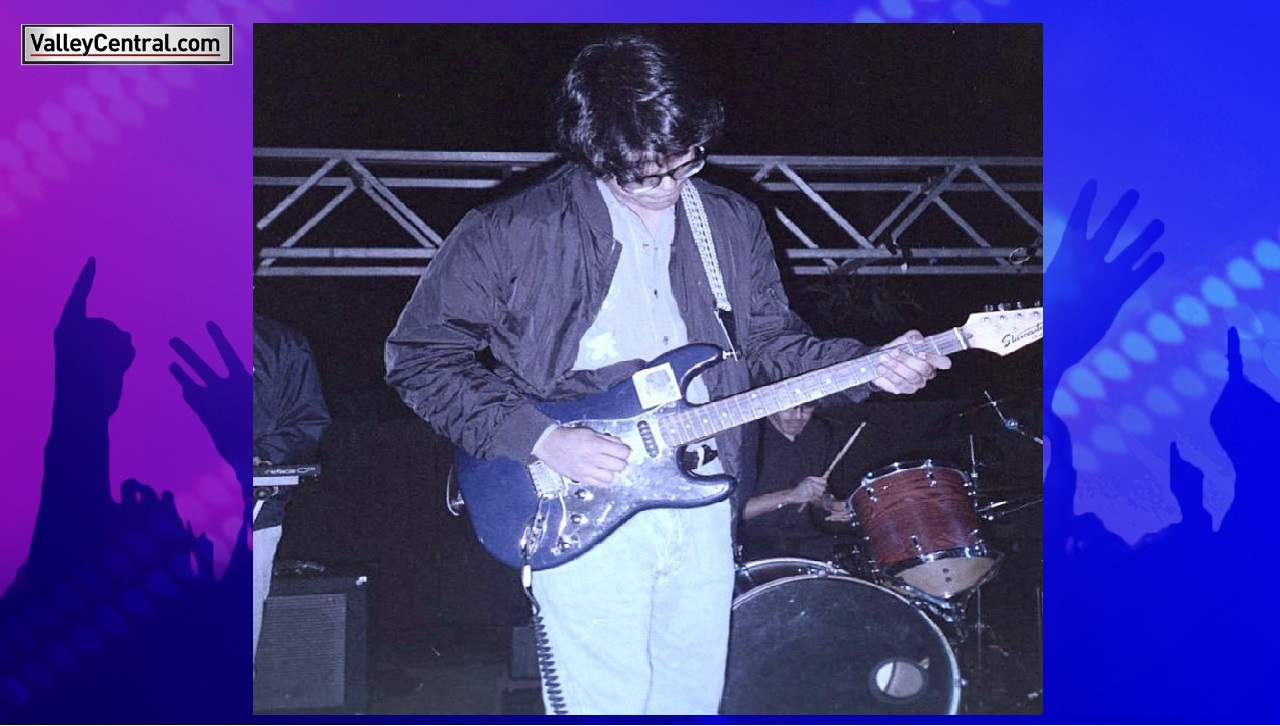 The Rio Grande Valley is full of musical talent worth showing off. If you know of a band that should be featured, email [email protected]

Previous editions of RGV Sounds can be found here!

The umbrella term was originally generally used to describe bands that independently release their own music and are not owned by a record label.

But over time, “indie rock” has become a way of classifying the music itself…sort of.

Essentially, the providers of this music have a sense of creating sounds that are hard to define by typical genres and go against the mainstream.

Just about any band can be given the term, whether their music is guitar-laden and loud or cold and soft.

And somehow bands like Yruama from Edinburgh find ways to blend all those sounds together.

While Yruama features a revolving door of members for live shows, the group is primarily the brainchild of Amaury Lopez, who first came up with the idea for the project when he was 15 in 2012.

Lopez played drums in several RGV bands and gained notoriety as a fixture on the music scene before branching out as a solo artist.

He created Yruama in the mid-2010s where he plays all the instruments. The group’s name is a reverse spelling of their first name.

Yruama’s first releases came out in 2017 on a few Sound Cloud EPs, but the band’s official debut is counted as 102, which was released in 2018.

The four-track EP is a cheerful, upbeat release that would fit perfectly into any indie playlist. Since its release, 102 gained over 30,000 plays on Spotify alone as Yruama quickly made a splash in the music scene.

Yruama followed up with another EP, Cravings, in 2019 which has the same characteristics as the first version. The songs in this release marked the first time Lopez sang lyrics in Spanish, as he felt the lyrics and music were better reflected in the language.

This theme continued in 2020 when Yruama once again entered the studio to record his latest EP, Fresco.which instantly became the band’s most musical release to date when it was released in March 2021.

Lopez’s version of “Cuando Calienta del Sol” is an electrifying jam and certainly fitting for an RGV artist to cover given our proximity to a beach.

After this track, Yruama dances to the groovy “Rollerblading” infused with spectacular guitar chords.

Things calm down on “Man on the Moon” with a shoegaze-driven chillwave-style synth section that fills listeners’ eardrums with a cacophony of noise.

“Saturnday Haze” closes the EP and wraps up the entire release with some sections of the song featuring catchy guitar riffs and others being dominated by synth sounds.

What if the music itself wasn’t enough to interest you? Fresco.then Yruama decided to pack an intriguing equivalent with the EP: soap.

A limited number of soaps were sculpted in the shape of Lopez’s head to be released with Fresco. He based this concept on magic soaps sold in Mexico that would bring good fortune.

Yruama plans to release more soaps in different designs as well as singles from Fresco.

Lopez says the soap project was a success as many people tried to buy the item from her.

He compared the experience to himself wanting merchandise from his favorite bands, no matter how ridiculous the merchandise might be.

Yruama has been around long enough to gain a steady following in the RGV indie rock scene and are set to play more live shows soon.

Lopez usually sings and plays guitar during concerts and has friends who play bass, drums and keyboards.

He says that while being a solo artist can sometimes be limited, having the final say in every release is something that allows him to do whatever he wants with his music.

Lopez hopes to release a full album and tour the country and even perform concerts in Mexico in the near future.

Five RGV Stories You May Have Missed: May 24

Have a band you’d like to feature on RGV Sounds? Email [email protected]