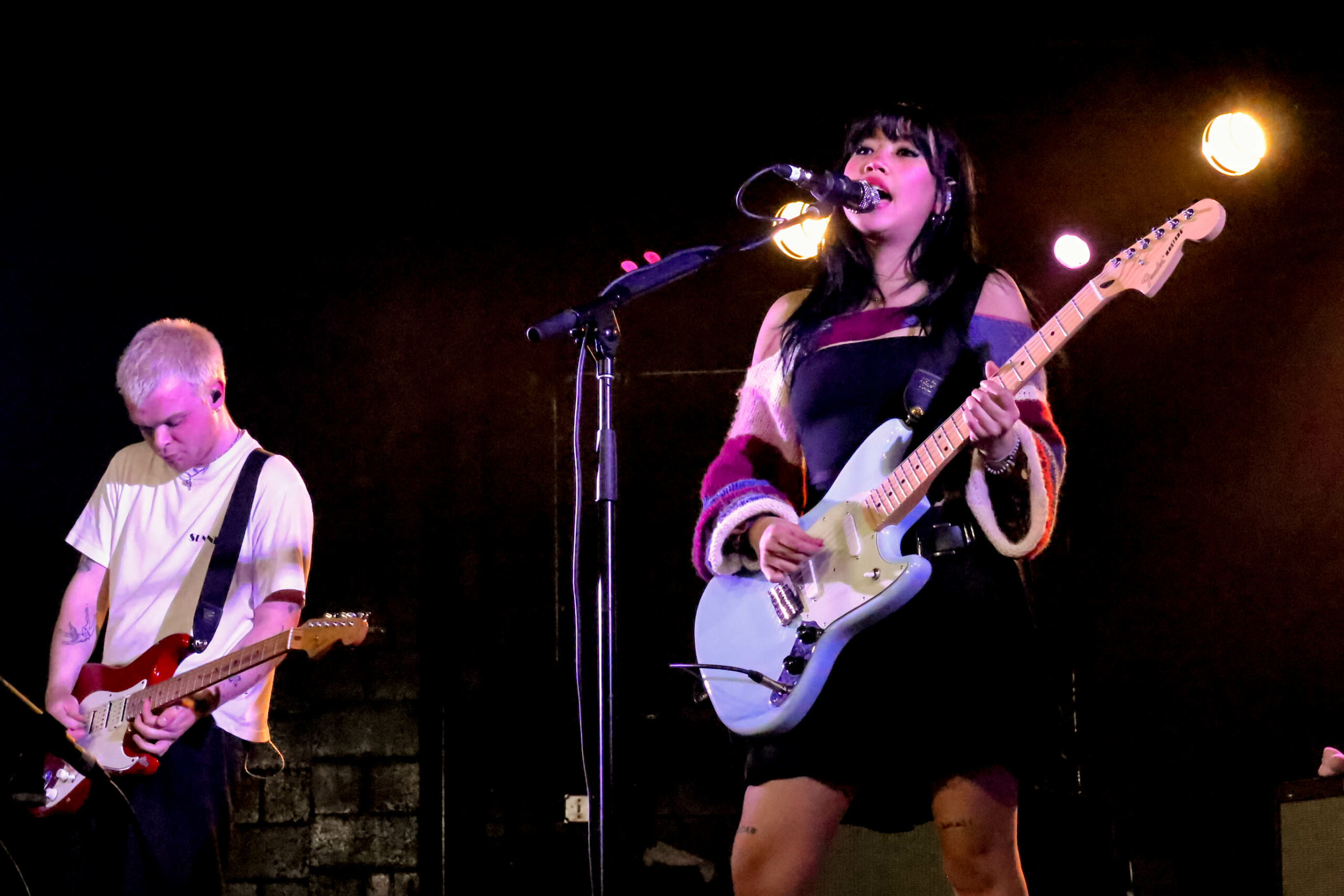 After her debut in “Coffee”, the rising artist finds success thanks to her musical versatility

When beabadoobee took the stage at Sacramento’s Ace of Spades on April 22, the crowd was quick to adorn her with flowers and red paper hearts before she could even speak. She prefaced her performance by admitting she was sick: “You guys, I haven’t been feeling well since Coachella, but since I love you all, I’m going to do my best. She then rode the exuberant and encouraging cheers from the audience to launch into the first song of her set, “Worth It.”

The explosive passion of the drummer and bassist almost overwhelmed bea’s sweet voice. Sometimes it was hard to hear her sing at all – but the crowd made up for that by roaring the lyrics to themselves. bea’s music and the energy of the audience reverberated against the walls of the venue, and the floor itself looked as if it was about to give way to the hundreds of leaping feet.

“Worth It”, a song from one of bea’s new albums, “Fake It Flowers”, demonstrates her transition from a lo-fi style of bedroom pop music to a more grunge and alternative rock style. The polarity between the two sums up the expression of an artist who is still discovering her sound and even herself, as bea revealed in an interview with Vulture. “I remember…thinking that I knew myself,” she said. “I didn’t know myself at all. It’s all in “Fake It Flowers”.

bea grapples with her dichotomous surfaces of self-expression in her staging, in which she interrupts her more intense, rockier songs like “Care”, “Dye it Red” and “Worth It” with her more acoustic songs. sweets like “Coffee” and “Tired”, which first granted him cheer.

After Bea made an unforgettable entrance with “Worth It,” the flickering, roving stage lights dimmed, leaving her the only visible figure on stage. She then received a classical guitar from one of her band members and remarked “Everyone knows this one” into her microphone before strumming the familiar chords of “Coffee.”

Although it was a stark contrast to her previous song, the crowd seemed to enjoy the fleeting and soothing respite as she began to rock out to her music. bea’s single voice resonated throughout the hall and shaped the audience’s energy to make the hall feel more intimate than before. However, she wasn’t alone for long, as audience members held up their phone flashlights to accompany her through the song. The combination of this sea of ​​lights and bea’s solo performance produced a moment that was both heartwarming and half-haunting, but totally captivating.

bea continued her set with “Talk”, a song from her latest album, and a few songs from her other albums such as “Yoshimi, Forest, Magdalene” and “Dance With Me” before concluding with a return to “Tired”. She ended her set by introducing her band members and bowing to the audience, who greeted the performers with astonishing applause, scraps of paper hearts and bouquets of flowers.

beabadoobee proves his talent through his ability to deliver successful performances in both chamber pop and grunge indie rock – two genres of music that couldn’t be more different from each other. In doing so, she not only demonstrates her musical versatility, but also indicates her potential for even greater growth; for now, however, she has already made a name for herself as an artist who can touch the hearts of teenagers and adults alike.

Correction: The print version of this article incorrectly capitalized the artist’s name. The article has been corrected to reflect the correct capitalization.