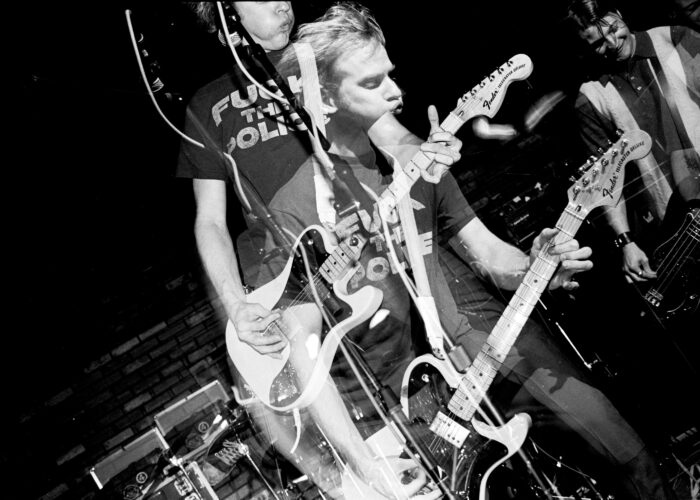 Few other photographers have captured the unruly spirit of San Francisco independent music scene in the 1990s as well as Peter Ellenbywhose blurry, contrasting images have graced the walls of countless album covers, flyers and neighborhood bars across the city.

Ellenby died of natural causes in his sleep on Monday, July 25 in Portland, where he had moved to about a decade ago, at the age of 53, according to a statement from his family. In the hours following his passing, his Facebook page was filled with tributes from friends and people in the music industry who celebrated his lust for life and his fascinating work behind the lens.

“There is unlikely to be a music publicist who has not had his artist photographed by Peter Ellenby,” said Heidi Anne-Noel, a veteran music executive who has done public relations for artists such as Elliott Smith, Rilo Kiley and Bjork.

As in-house photographer for the San Francisco Noise Pop Music Festival, Ellenby captured iconic images of well-known acts such as Death Cab For Cutie, the Flaming Lips, John Doe, Nada Surf and Bob Mould. But it also presented up-and-coming talent and unknowns in an interesting light, creating indelible photographs of long-forgotten acts like Overwhelming Colorfast, Creeper Lagoon, Chixdiggit, the Fastbacks and many more.

Chronicle Books published a collection of his work in 2006 called “Every Day is Saturday”.

While in San Francisco, his family lived in a Potrero Hill loft located between two of his favorite local haunts, the Bottom of the Hill rock club and Oracle Park where the Giants played.

Peter Malcolm Ellenby was born on July 29, 1968 in London. His mother, Gillian, was an artist. His father, Johnwas a computer scientist who founded the company that developed a first laptop computer and moved the family to Silicon Valley in the early 1970s.

It was at an elementary school assembly that Ellenby became addicted to music, according to her book, beginning a lifelong love that fueled her camera work. He remembers developing his unconventional style while taking a photography class as a student at Chico State.

“I kind of got my pants kicked by my teacher,” Ellenby said. “I took this technically beautiful photo. It was a photo of a cliff in Chico with a big cloud overhead. It was really cool, the colors were nice, the time of day was nice. But my teacher was like, “That’s a really good picture. But you know what? It’s boring. It’s just boring. And I thought, you know, he’s totally right. From From there, I didn’t want to take boring pictures anymore. I wanted to take weird pictures.

Ellenby passed on her love of photography to her daughter Rubyholding her first photographic exhibition when she was only 3 years old on the walls of a local restaurant, attracting the attention of the media.

“We celebrate all things creative, no matter how trivial,” Ellenby said.