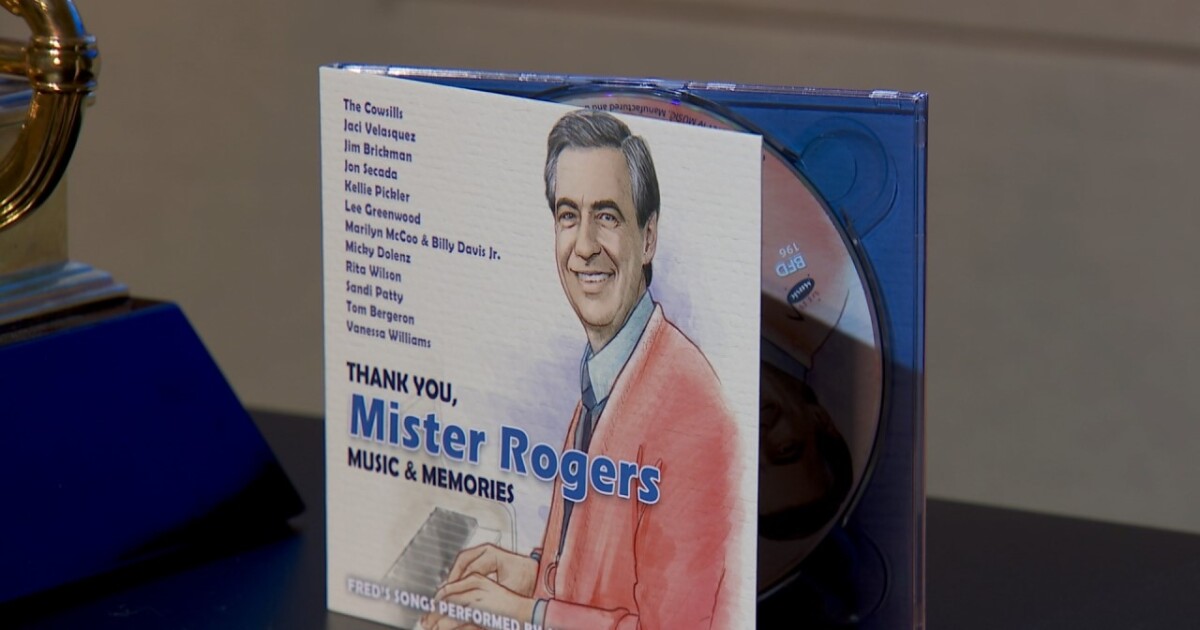 “A lot of people don’t know what a gifted songwriter he was,” Scott said, speaking from his studio. “These songs really stand out as part of the great American songbook. He wrote over 200 songs on this show. The sophistication of his songwriting is kind of disguised by the fact that he sang to children. His choice of chords and his lyrical craft are truly on par with some of the greatest writers we have.”

Scott is close to these songs heard on Mister Rogers’ Neighborhood. He has produced two artist albums covering music written by Fred Rogers. Artists include Lee Greenwood, Kellie Pickler and Vanessa Williams. The first of the albums won a Grammy.

As part of his Mr. Rogers tribute albums, Dennis and his collaborators recorded an original.

“We have people like Crystal Gale and Amy Grant, Donna Summer, CeCe Winans,” Scott said. “It really expresses how we feel about Mr. Rogers.”

Scott started a change.org petition to encourage the induction of Fred Rogers into the Songwriters Hall of Fame.

“Because Fred gave me so much, the joy of working with his music, I just want to do it for Fred,” he said.

If you want to visit the petition to induct Fred Rogers into the Songwriters Hall of Fame, go here.