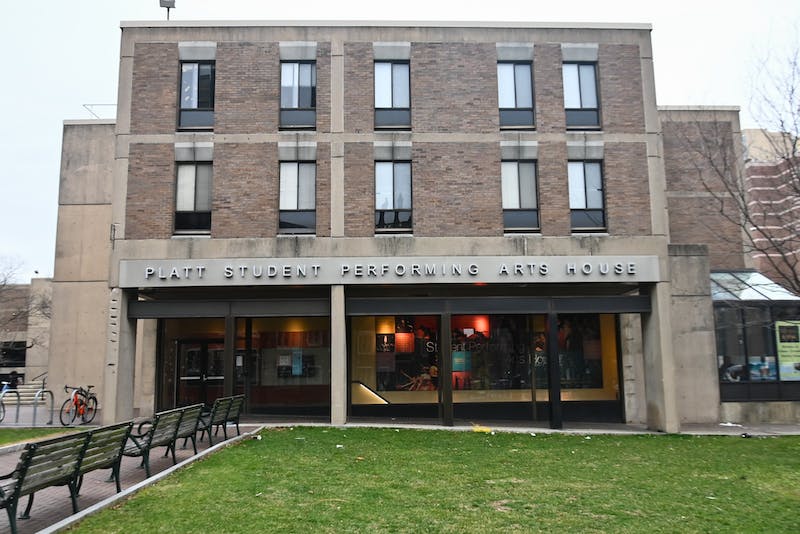 Penn Songwriters Collective – a recently relaunched student organization that combines songwriting and spiritual practices – will perform for the first time on November 12.

At the performance, 16 club songwriters will perform original songs from various genres that club members have collaborated on in weekly get-togethers throughout the semester. The theme for this show will be “Coming To See You” – with pieces centered on the idea of ​​reflecting on members’ personal growth, as well as how the club has changed from its original format.

This is the first year the Collective has operated as a Penn club with a student council, auditions, and performances.

Previously, the group was led by Rabbi Micah Shapiro – who was a Penn Hillel Rabbinic Fellow for Innovation – in a monthly three-hour Hillel workshop.

According to College senior Benjamin Moss-Horwitz — a former Daily Pennsylvanian staffer who currently leads the Collective — its previous iteration included guided meditation and recording discussions where students reflected on intimate prompts. The meetings also featured an exercise where students were given a poem and had to create a song for it within a limited time frame.

After Shapiro left Hillel in 2021, Moss-Horwitz and 2022 College graduate Abraham Frey took charge of the club. Moss-Horwitz said he noticed meeting attendance was down, which he partly attributed to how spiritual meditation and songwriting lost some traction on Zoom during the coronavirus pandemic. COVID-19.

Moss-Horwitz said he reinvented the club to contain the same atmosphere of a hybrid between a church service and a group therapy gathering, but with the added element of performances.

The group still continues many practices started by Shapiro, but now members must audition to join and collaborate with the rest of the group to prepare for performances.

In light of all these changes, Moss-Horwitz hopes to have the club officially recognized by the Student Activities Council so that it can receive funding.

In order to gather the songs for the performances, each person in the collective brings to the meetings songs originally written according to their chosen concepts. The other members then decide which instruments should be played in unison, which lyrics can be changed, and where chord progressions can be changed to improve the sound.

College and Wharton senior and songwriter Sanjana Akula said that for each member, their song is “their baby, but we all help layer, what different instruments [to use and] determine what the mood of the room might be.

Junior and exchange student Léa Kevorkian said the intimacy of the Collective helped her adjust to Penn, adding that the group felt “like a safe space” that made her feel comfortable in a new environment.

Moss-Horwitz said the Collective is different from other clubs on campus because of its emphasis on collaborative work and the beginner-friendly nature of the club. Although nearly half of the club’s songwriters have recorded their own original music, many members have yet to perform.

Receive our newsletter, The Daily Pennsylvaniandelivered to your inbox every weekday morning.

The fundamental approach to teamwork was a key factor in getting Akula on board.

“I wanted an outlet to meet other artists and collaborate,” Akula said. “A lot of people are really good at a lot of different instruments. Unfortunately, I don’t have that talent, but I take advantage of people who are really great at piano, string instruments, production, etc.”

The collective’s first performance will be at the Platt Student Performing Arts House on Saturday, November 12 at 7 p.m.