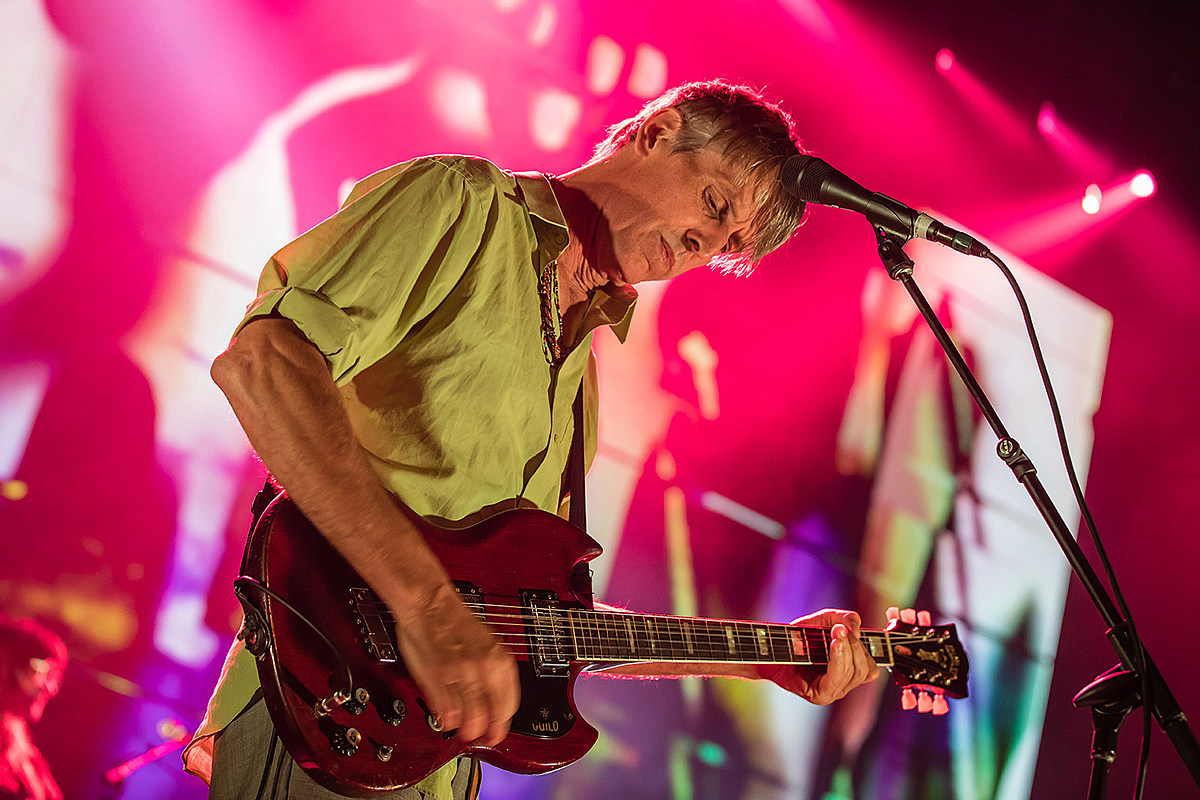 “Hey, don’t boo Steve West!” Bob Nastanovitch defended his partner in Curb percussion, who made the mistake of telling the Kings Theater crowd on Saturday that he normally had ping pong balls to throw into the crowd, but forgot about them. “Never admit you’ve done anything wrong” Stephen Malkmus informed.

Pavement appeared to be in particularly good spirits during their second of four shows at the Kings Theater in Brooklyn. Malkmus was chatty and cracking jokes with the crowd, jumping to the band’s liveliest songs and having fun playing guitar on their most dreamy numbers. There were a lot of both Saturday for a show that favored Light up the corners and Wowee Zowee who each played seven songs. Malkmus has become jammier over the past 20 years of his solo career, and he’s brought that to this tour as well, allowing for tracks like “Type Slowly”, “Starlings of the Slipstream”, “Grounded” and their cover of Jim Pepper’s “Witchi Tai To” – which closed the evening – to stretch and get weird and sound good in the huge space of the Kings Theatre. They’re still messy, but stylish and in all the right ways.

There were also plenty of hits, including “Stereo”, a particularly good “Gold Soundz”, “Shady Lane”, “Silence Kid”, “Spit on a Stranger”, “Harness Your Hopes” and “Cut Your Hair”, which was a last minute encore substitution (“Serpentine Pad” was on the printed setlist). After playing “Summer Babe,” Nastanovich joked, “It came off our new album 30 years ago,” noting the new vinyl reissue of their classic. Tilted and enchanted. Malkmus then chimed in saying that 30 doesn’t seem like a big deal anymore and 40 is where it’s at. “When your parents turned 40, it was a big deal at the time.”

Speaking of “Summer Babe,” the packed house was in a very singsong mood on Saturday night, which, given Malkmus’ often serpentine pun, can be quite the trip. Hear 3000 people shout “ICE DEPOSITS!” is surreal.

Spiral staircases received two songs on Saturday night: “Date with IKEA” by Tom Petty-equse of Brighten the Corners – which Malkmus seemed to really enjoy playing on – and “Painted Soldiers” by The Children in the room: Brain Candy soundtrack. Nastanovich, meanwhile, remains the heart of the band, equal parts percussionist and hype man, running around the stage, clapping and drumming and generally keeping morale high. Not that the vibe really needed lifting, it was a happy band and happy crowd having a great Saturday night.

Check out Pavement’s Kings Theater Night 2 setlist and some videos from the show below. And you can check out our Night 1 photos and recap here.

A few other remarks:

Pavement is playing at the Kings Theater again tonight (10/2) with Horsegirl (sold out but secondary market notes are very reasonable) and Monday with Steve Gunn.

Today is the last day to check out Pavements 1933-2022: A Pavement Museum at 475 Greenwich St in Manhattan where Snail Mail, Soccer Mommy, Bully and Speedy Ortiz performed Pavement cover sets on Saturday.

Bis:
Half a canyon
Spit on a stranger
Cut your hair
painted soldiers
Witchi Tai To

Check out the photos from night 1: