By the end of the night, it became clear that the sold-out crowd was there to see Taylor Swift winning songwriter/artist of the decade. The superstar was greeted with a standing ovation and repeated shouts during his speech. Afterwards, the Swifties sang along with every word of her Grammy-nominated 10-minute opus “All Too Well.”

The show was hosted by the NSAI’s Bart Herbison, Jennifer Turnbow, Lindsay Glover and chairman of the board Steve Bogard. The event started with artist West and CCM Anne Wilson performing “Me on Your Mind” (West/Wilson/Jeff Pardo). West’s win was only the second time in NSAI’s 33-year awards history that the honor has gone to a Christian music artist.

“It’s an understatement to say how humbled I am in front of this songwriter audience,” he said. “Who am I that God blessed me so much?” One of NSAI’s annual traditions is to recognize “10 Songs I Wish I’d Written”, as voted on by its songwriter members. Songwriters Matt McGinn, Jenn Schott and Nathan Spicer sang their co-wrote “7500 OBO” (recorded by Tim McGraw) as the first of these 10 tunes. Nashville pop artist gayle rocked on her hit “ABCDEFU”, co-written by her with Sara Davis and Dave Pittenger. Sam Hunt sang “23” with his co-writers Chris LaCorte and Josh Osborne (collaborater Shane McAnally was absent).

Alana Springsteen sang the Chris Stapleton click “You should probably leave” (Stapleton/Gorley/Chris DuBois). The deliciously awkward phenomenon “Fancy Like” was sung by its authors Walker Hayes, Shane Stevens, Josh Jenkins and Cameron “Cambo” Bartolini (which broke a kazoo). The Kenny Chesney hit “Knowing You” was performed by its creators, Brett James, Kat Higgins and adam james. 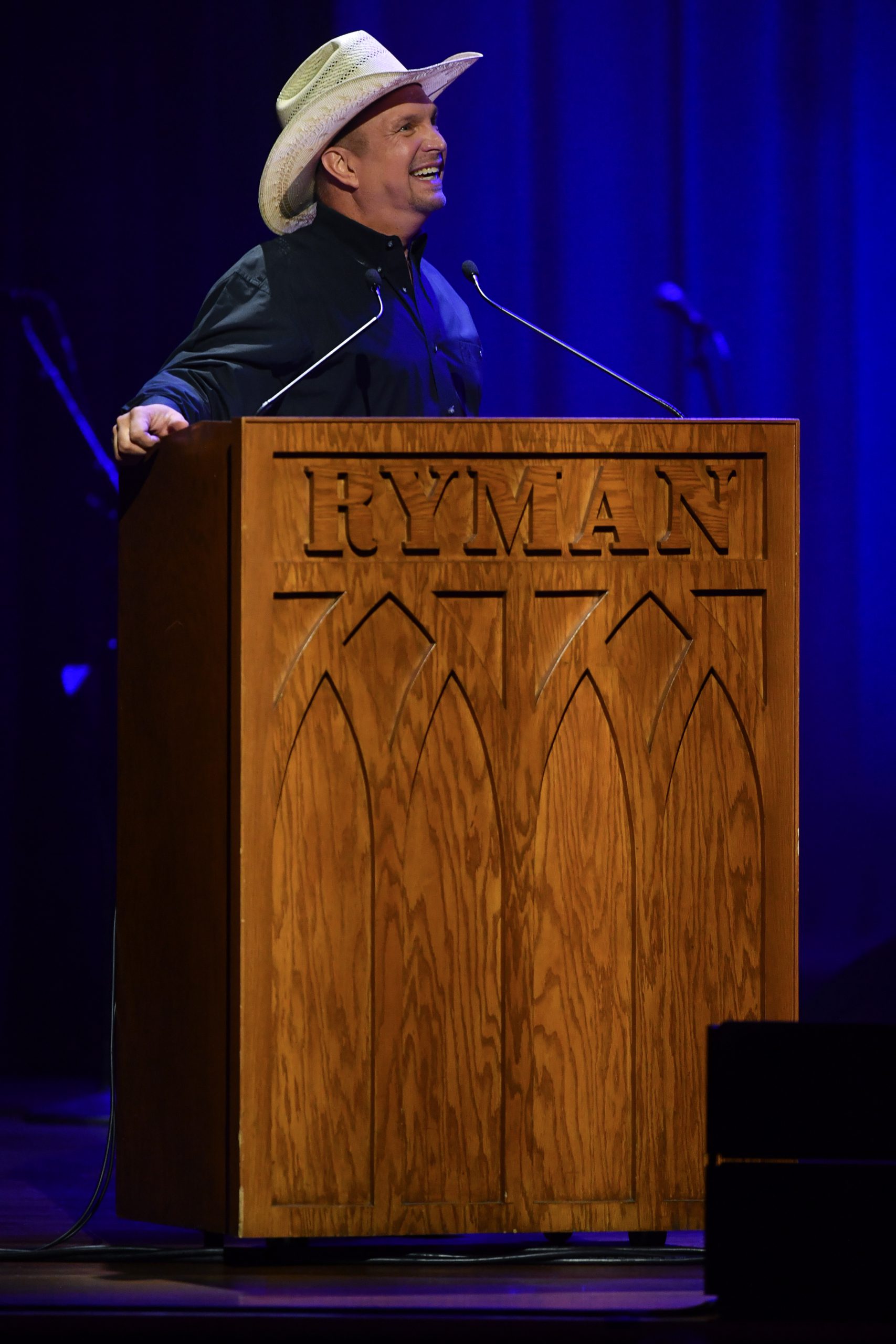 Trisha Yearwood took the stage to present husband Garth with his lifetime achievement award. “It’s really fitting, because it honors what he holds most dear, the songwriter,” she said. “No one will deserve this honor anymore…a poet, a good man, a song’s best friend and my best friend, Garth Brooks.”

Pat Algiers sang their co-wrote “The Thunder Rolls”. Kent Blazy did “Ain’t Goin’ Down”, which he and Brooks co-wrote with Kim Williams. Tony Arata sang his own “The Dance”. Luc Combes performed “The Beaches of Cheyenne” (Brooks/Bryan Kennedy/Dan Robert).

“Songwriters – there are no greater dreamers on the planet,” said Brooks as he accepted his honor. “There is no one more important to music than the songwriter.” Speaking to Yearwood, he added: “You are the greatest prize I have ever had to hold.”

The 10-song countdown continued with the Morgan Wallen hit “Sand In My Boots” (Gorley/Hardy/Osborne), performed by Larry Fleet. Each of these performances was accompanied by a video interview with its authors explaining how the song came about. “Half of My Hometown” was sung by Kelsea Ballerini, Nicole Galyon and jimmy robbinwho wrote the song with McAnally and Ross Copperman. The sister duo Tigirlily never wanted to be that girl (McAnally /Ashley McBryde/Carly Pearce). Co-authors matt rogers and Ben Stennis sang their Cody Johnson click “‘Til You Can’t”.

There was a tie in the vote, so the 11th song of “10 Songs I Wish I’d Wrote” was “Things a Man Oughta Know”. It was executed by Jonathan Singletonwho co-wrote it with Lainey Wilson and Jason Nix. NSAI’s Song of the Year was “Buy Dirt”, performed by Jordan Davis, Jacob Davis, Josh Jenkins and Matt Jenkins. “This song changed my life,” said Jordan Davis, who recorded it with Luke Bryan. “What a strange dream,” marveled Gorley. “I don’t know what’s going on. I am blown away. You all make me feel special. A crazy race it was.

“Ten years is a long time,” added the honored songwriter of the decade. “But that’s not as long as 11 years, which is how long I was in Nashville before I had radio success. And I’m grateful for those years, because it teaches you how hard it is.

“Being part of a community with people like me, you feel like you’re part of a family…. It’s great to have someone who believes in you. I am very, very honoured. You really, really made me feel loved tonight. Pandemonium erupted when Swift was billed as the songwriter/artist of the decade. “For me, tonight is brimming with camaraderie,” she began. “This is an award that celebrates my family, my co-writers, my crew and my fiercest friends. When it comes to songwriting and my life, they are one.

Swift recalled her teenage years on Music Row, learning to write, and thanked Nashville’s songwriting community for their generosity to her 15 years ago. She described her categorization of her songs as “quill lyrics”, “fountain pen lyrics” and “glitter gel pen lyrics”, and cited examples of mega hits from each writing style.

“I love doing this,” Swift added. “Writing songs is a vocation. I would do it again if I had never been known for it.

With just her acoustic guitar for accompaniment, she moved to the middle mic and delivered “All Too Well” (Swift/Liz Rose). The audience stood up and enthusiastically sang/shouted the song with/to her to culminate the music marathon night.

Robert K. Oermann is a longtime contributor to MusicRow. He is a respected music critic, author and historian.