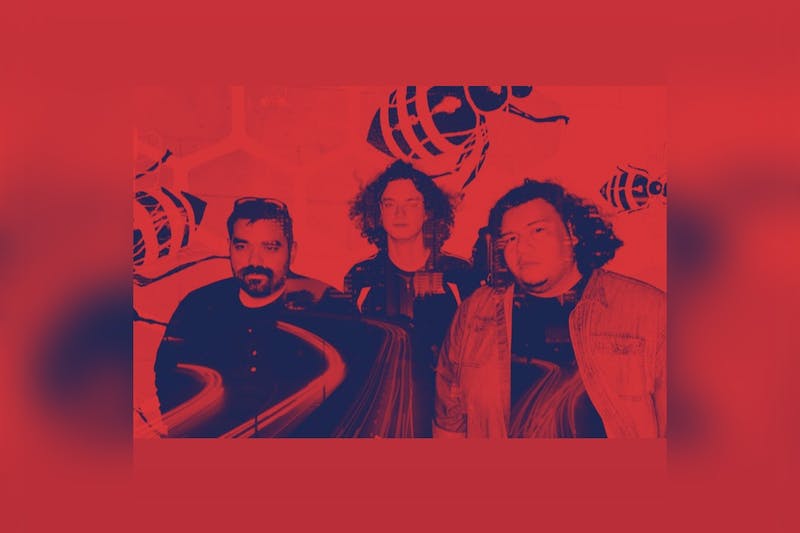 Lightshore, a group new to Bloomington, will release a single called “Take It” on May 7 on all platforms, including Spotify, Apple Music, YouTube and Google Play.

The band members Lightshore moved to Bloomington about six months ago and found a producer hoping to break into the local campus scene, guitarist John Adame, 30, said. The three band members plan to perform concerts around town in the fall, Adame and singer Tito Baez, 25, said. They are native to southwestern Michigan.

Bassist Trent Ward, 22, from Noblesville, Indiana, said “Take It” is inspired by the personal struggles the band members have endured, such as mental illness. It’s their first studio-recorded single and something he says the band are proud of.

“I think the end product is the best we’ve come up with,” Ward said. “It’s as if you were on the phone. The song is that feeling.

The band members said that “Take It” only took them half an hour to record once they had the basic structure and idea for the song.

Each of the three band members wanted to connect with a wider audience through the new single, so Baez said he wrote non-specific lyrics that more people would relate to. But the words come from lived experiences, Baez said.

“I think the most important thing is that we like to tap into our experiences, and I’ve heard that a musician’s best music comes out when they face adversity,” Baez said. “It’s something we try to overcome every day.”

“Take It” conveys this adversity.

Adame and Baez co-write most of Lightshore’s songs. Adame writes the chord progressions and Baez writes the melodies, Adame said.

“Tito and I always have a creative tussle,” Adame said. “But it always balances out.”

Ward gives structure to the songs and adds bridges, and he said the conflict in their songwriting process leads to the best result. He described their music as an anthemic blend of indie and alternative rock.

“I love to hear when people say, ‘Your music got me through the dark times,'” Adame said.

They hear it everywhere they go, says Adame.

All of the band members said they had a mantra – “Go see it” – to push them through uncomfortable experiences such as traveling across the United States and moving to Bloomington to pursue their music as a career.

They already have a few recordings of songs on their platforms that Adame and Baez said the band recorded in their kitchen, but they will be removing them to make way for a new evolved sound.

“We’re constantly working on new music, so expect to have a few releases this year,” Baez said. “Eventually, it will lead to an EP”

Tweet: A new single will be released on May 7 from local band Lightshore