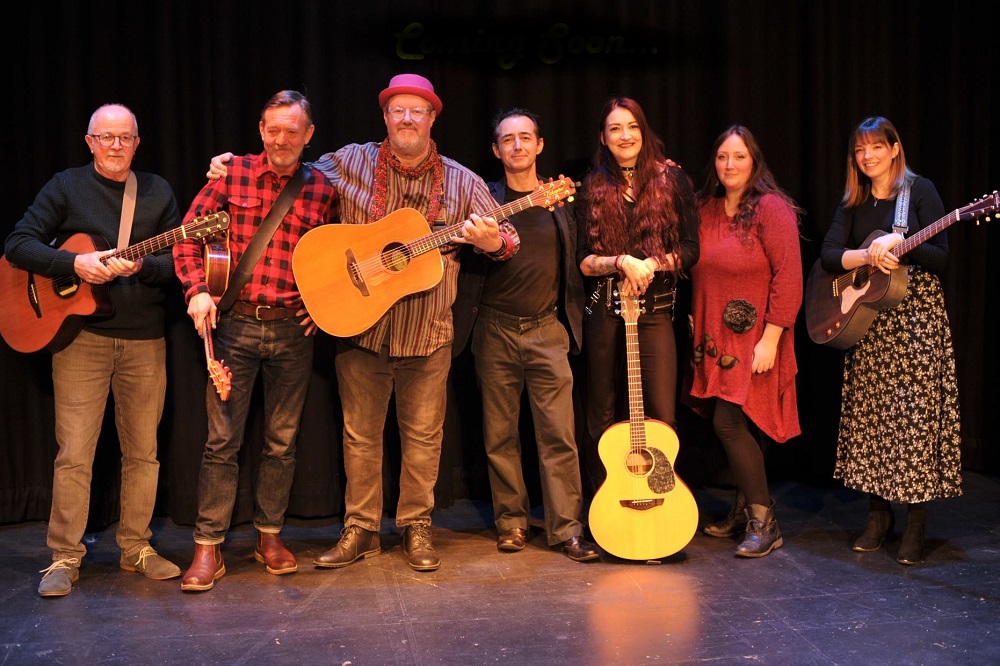 The first of two music concerts showcasing the talents of songwriters from South Wales is set to take the stage this week at Pontardawe Arts Centre.

“South Wales Singer-Songwriters” is a concept curated and promoted by Jim Rees, a musician who worked as a sound engineer and stage manager for the Pontardawe Folk Festival for over twenty years.

On Friday March 18, three singer-songwriters will give a joint concert at the Pontardawe Arts Centre, with performances by Carly Tucker, Melody Shaddick and Nel Jenkins.

This will be followed on March 31 by the second event, featuring three male singer-songwriters, Andy Tamlyn Jones, John Davies and Ron Savory.

Promoter Jim Rees said: “The concert format follows the popular BBC4 series ‘Songwriters Circle’ which featured stars such as Richard Thompson, Suzanne Vega and Lowden Wainwright III. The three performers sit together on stage and take turns introducing a song and playing it.

“This South Wales release brings local songwriting talent to the theatrical stage, providing an opportunity to engage with grassroots music. There’s a really vibrant scene at the moment, particularly around Swansea. »

Speaking to Mike Kennedy on Welsh Connections about the event, Jim explained the background to the event.

He said: “I met most of these musicians in an online open mic session. The participants each played a song. Because there is a slight delay with the zoom, we can’t really play together, but it worked in this format so they took a little time slot each

“It happened every Thursday night, and it became the highlight of my week because I didn’t really see a lot of people.

Coming out of confinement, he decided he would like to organize an event in a theater with artists on stage at the same time and approached the Center des Arts de Pontardawe.

He was looking for artists who would stand out as individuals while complementing each other to put on a good show.

“Carly Tucker and Nell Jenkins are quite different. Carly is a very melodic singer, a fantastic song with a rich and charming voice.

“Melody has the energy of a thousand singers – I’ve seen her really rock a room, with very powerful lyrics and a soaring voice – the room goes silent every time she sings.

“Andy Tamlyn Jones is a real folk with very sincere songs. He’s also a bit of a historian, so it’ll be interesting to hear the chat between songs to give us a better understanding of what’s going on in those songs.

“And then we have Ron Savory, who is a very smart songwriter, his use of words and themes and subject matter is very good. It’s very interesting and different. And again, you can see his character through them.

Tickets can be purchased online at the Pontardawe Arts Center or at the box office on 01792 863722.