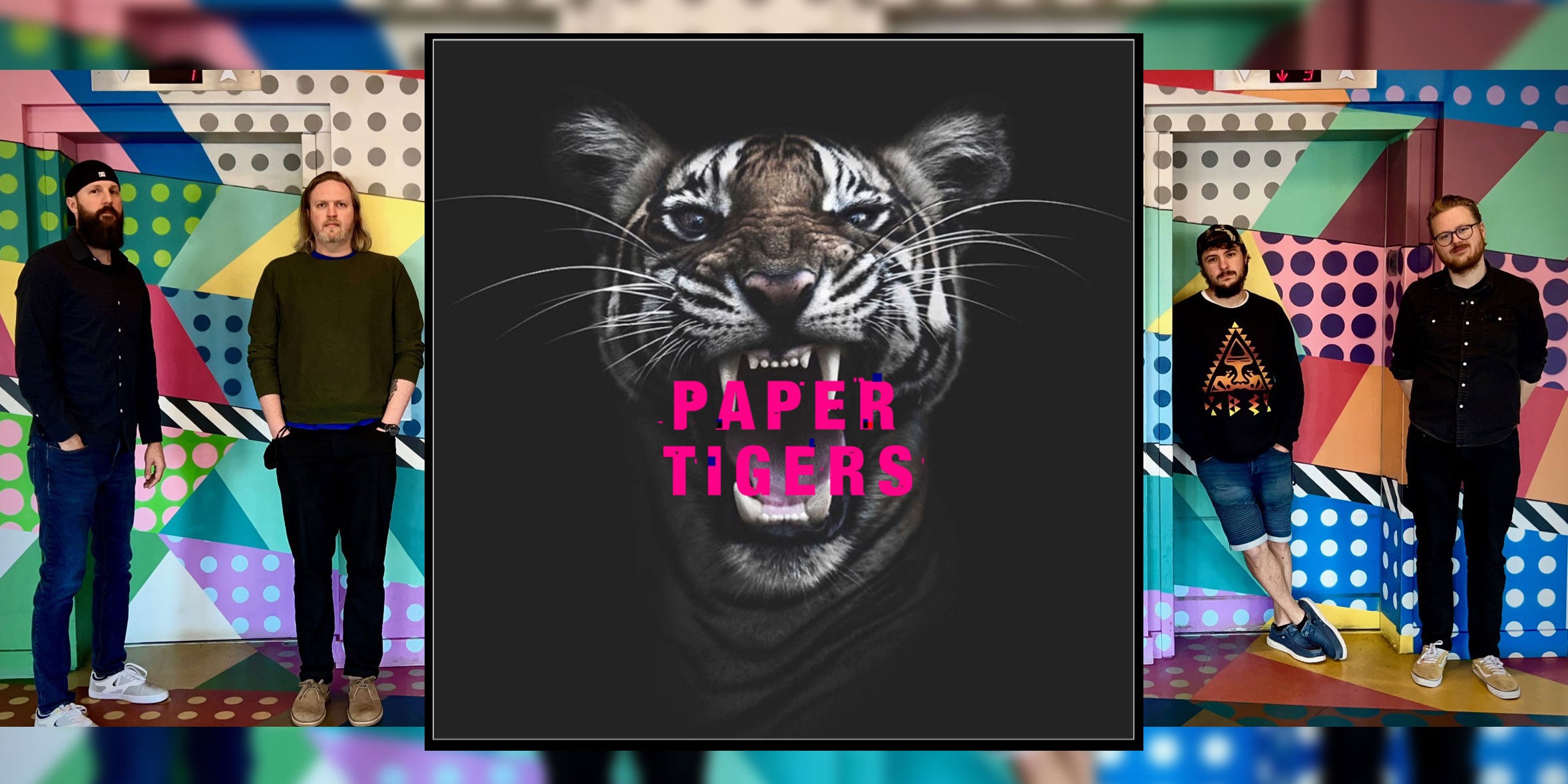 Four strangers were brought together by a “wanted musicians” ad in 2019, and in three short (okay, that was long) years, paper tigers joined the ranks of the city’s staple Boston bands.

Paper Tigers is driven by the simple philosophy that good bands should do two things: write great songs and put on amazing gigs. The band weathered the pandemic by releasing their debut EP, The outer limitsin June 2020, followed by their January 2021 EP, Mononokeand the latest EP — released in October 2021 — A cataclysm of schism with local hits, “Ursa Minor” and “Goldmine”. Their next EP, I wish someone had told me soonerwas released on May 20, with the first single, “A Portrait of a Scene”, premiering on April 29.

Paper Tigers are among 12 artists from New England who will perform on the local Boston Calling stage over Memorial Day weekend.

We caught up with the group before their Appearance on April 27 with the Music Club and discussed how they came together as a band, rehearsing and being invited to play Boston Calling this year.

What brought everyone to Boston?

Michael moved to Allston from Washington DC in 2018, having lived there his entire life, and decided he needed a change of scenery. At the time, his family was living in Newton, so he opted for the Boston area. Bjarki’s wife had an amazing job opportunity she couldn’t pass up, so in 2017 they moved from Iceland to Brighton. To say he never looked back would be wrong, because being an expat comes with its own set of challenges. Cutty left the Air Force in 2018, got a job with GE Aviation, and moved to Boston to be with his wife. She lived in Allston and was completing her doctorate at Boston University. Matt’s origins are harder to pin down. Half of her family lives on the west coast and the other half on the east coast. It’s kind of a Seattleite-Bostonian hybrid. Since 2010, he has lived in Stoneham and calls this period of his life his “Boston phase”, much like Picasso’s blue period.

Most of you come from elsewhere. Tell me one thing about your hometown.

Michael Medlock (singer): If you look at an aerial view of DC, you will see a pentagram. Coincidence? You decide.

Bjarki Guðmundsson (guitarist): He has a disease named after him: Akureyri’s disease, aka benign myalgic encephalomyelitis..

Matt Hughes (bassist): I once found an abandoned horse and buggy carriage in the deep woods of my small town, it looked like something left over from the days of the Oregon Trail.

This question almost broke the group. After hours of talking, the only thing we could agree on was not to provide an answer. As well Saturday night fever.

Who in the group is most likely to lock the keys and all the gear in the van?

Unequivocally, our bassist, Matt. Luckily, he’s done it so many times that he’s pretty deft at the entrance with a coat hanger – certainly useful during the zombie apocalypse.

What’s on the walls of your rehearsal room?

Mostly noise canceling blankets, haha. In the few open areas we have the poster advertising Boston Calling, a small flyer from a Digi-Fest we attended last year, and a poster-size print of one of our flyers favorites announcing an O’Brien show with us, Papercage, Little Fuss and Luxury Deathtrap. There is also a digital clock next to the door that Cutty has owned for over 20 years. Who keeps a clock for 20 years?

What is the story behind the band’s invitation to play Boston Calling?

We were probably more surprised than anyone to be invited to play. We don’t know all the ins and outs of band selection, but from what we understand, our latest EP, A cataclysm of schism, was introduced by an outside party to a member of Boston Calling’s talent buying committee. We can only assume that they looked at our work and thought we would be a good candidate.

In many ways, we are living every musician’s dream of being “discovered”. Although we may not know exactly how it happened, every day we are touched by this opportunity. There are so many amazing local bands out there right now – many of which could take our place and do a great job. Because the Boston Calling is a destination-type festival, we feel a bit of a responsibility to represent ourselves and our peers on the Boston stage each week. In the end, all a local band can really do is work hard to be better musicians, focus on writing great songs, network within your scene, and produce content that you’re proud. The rest is just luck and good timing – none of that is lost on us.

Angelelle Wood is a Boston Radio DJ known for her stints at local institutions WFNX, WBCN and WZLX. She is the host of the long-running show, Boston Showsand produces the annual report Rock & Roll Rumble music festival and showcase. You can reach Anngelle at [email protected].

Join Music Club host Adam 12 in a chat with a Boston-based group paper tigers who will also perform a short set for the Boston.com Music Club Virtual Series on April 27 at 7 p.m. here.

Stay up to date on Music Club

Follow the latest discussions and performances from local musicians in your inbox.