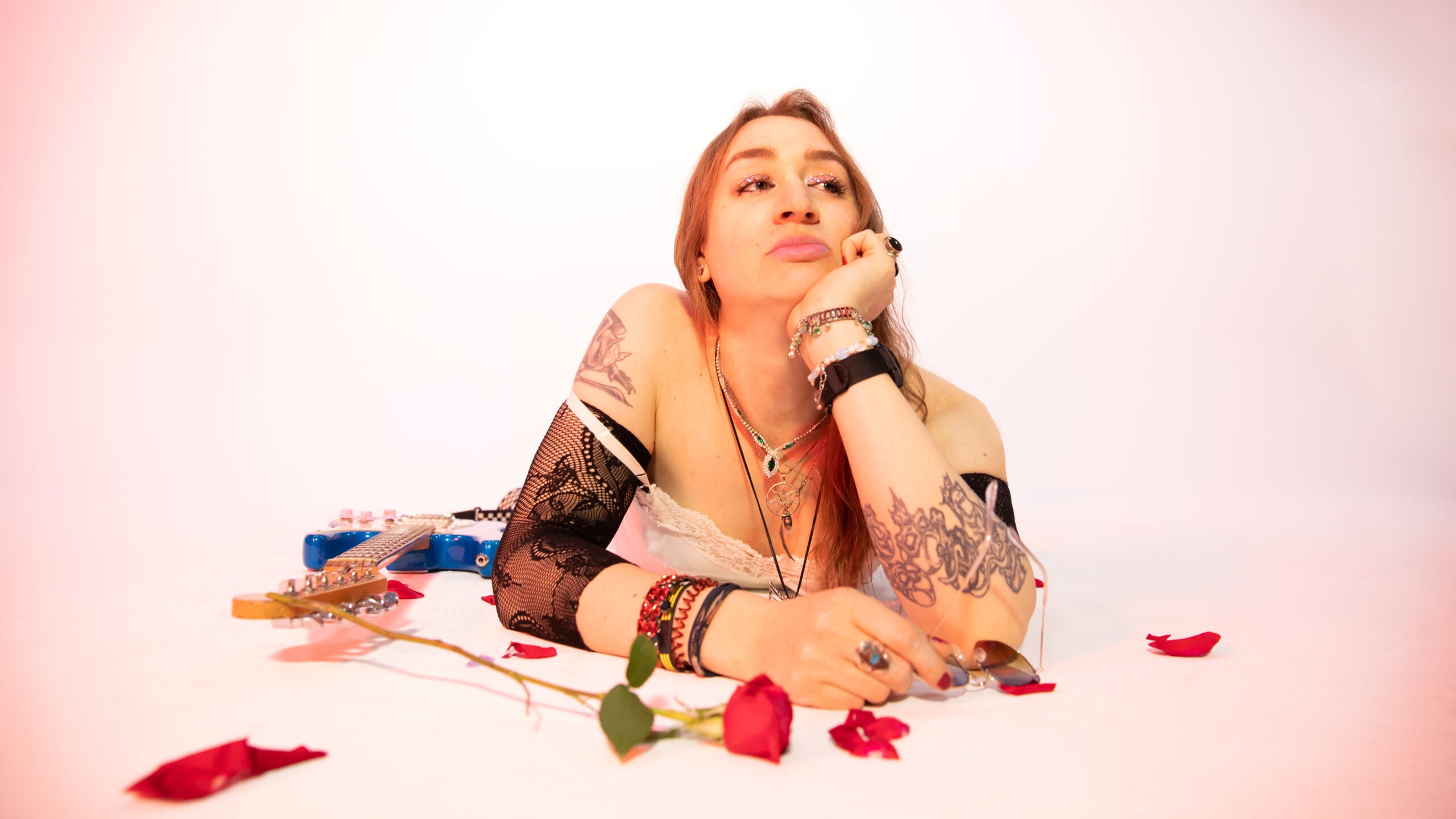 One of Boston’s best songwriters is more of a hopeful romantic than a hopeless one. Adi Sun is driven by the idea that people come in and out of our lives to help us grow. Some stay, some leave, some become the inspiration for a new song.

Twice nominated for Singer-Songwriter of the Year at the Boston Music Awards (2020 and 2021), Adi Sun’s music pushes the boundaries of alt-rock and psych-pop through mysticism and enchantment, reaching the outer limits of a refreshing 90s genre of sound. After making a name for himself as the frontman of rock band Phenomenal Sun in the 2010s, Adi branched out after transitioning as a solo artist, releasing three acclaimed singles, “Bella Sun Lever”, “My Fault” and “Twin Flame”, which were released to local and global outlets.

We caught up with Adi before his appearance with the Music Club on June 1 at 7 p.m. and chatted about his childhood in suburban Boston, his favorite lyrics, and the impact of the pandemic on his experience as transgender.

2019 was a pivotal year for you when you came out as transgender. Professional transition followed in 2020 when the pandemic changed how and where we all worked. How did the two contribute to Adi Sun, today’s artist?

I realized that being 100% honest with myself is more important than anything else in life. It took me a lot of time and dedication to identify and release emotional baggage from the past. It is an ongoing business of course. But I would say overall not much has changed, honestly. I still walk the same spiritual path, asking myself “Who am I?” every day, receiving new answers.

The first year of the pandemic was quite enjoyable in the sense that I had the chance to be with my family and watch my niece grow up. I’ve been much more isolated over the past twelve months, which has started to take its toll. In some ways, I got used to it, but I miss the security of old routines and everyday interactions.

In terms of practical musical art, I have always enjoyed the collaborative effort of recording and producing music. I’m old school — I like going to the recording studio, working with an engineer and musicians I trust. I’m recording a lot more on my own these days, and it can be hard to stay motivated. It comes and goes in waves. But at this point in my life, I’m fine with it. I’d rather take my time and create something I’m proud of than pressure myself with arbitrary deadlines.

You grew up in the Boston area. Tell me about your hometown.

I grew up in the suburbs at the end of a dead end street. Our family settled before most of the town became a housing estate. We didn’t have much traffic, so me and the neighborhood kids spent a lot of time riding bikes and playing kickball in the street. Until of course I discovered the guitar and started locking myself in my room to practice. As a teenager, I was hanging out downtown and getting into some trouble. There was no room for kids so we spent a lot of time partying in the woods. Like many commuters, I’ve had my share of fuzz run-ins. I think they were as bored as we were.

Overall, the focus was on integration…everyone was just trying to be ‘cool’. It wasn’t until I left for college and moved to New York that I was able to experience a lot more diversity in all areas, which was a welcome change.

Do you remember the first time you performed live in front of people who weren’t related to you?

There was a monthly open mic night held at the local Masonic Lodge called “Night of the Stars”. It was organized and led by a woman named Adeline who, by the way, ended up influencing my stage name. I was about twelve years old and I played there in duo with my neighbor Becca on drums. We called each other “Apollo” and played the first song I ever wrote called “Raining Fire”. The city filmed it for local access and I believe a VHS copy still exists somewhere at my parents’ house. This is incredibly embarrassing, I should dig it someday.

What is the first record (tape/CD) you bought with your own money?

The first tape I remember buying with my own money was Metallica’s “Master of Puppets”. I bought this and “…And Justice for All” at Strawberries in Milford on the same day. The employee gave me no problem even though I was about 10 years old. The first CD I ever owned, bought by my mother for my brother and me, was Aerosmith “Get A Grip”. But the first CD I bought with my own money was The Offspring “Smash”. Yeah…I’m a real 90s kid.

What are your favorite lyrics from a song written by someone else?

I’ve always loved the lyrics to “The Times They Are A-Changin'” by Bob Dylan. I just think it does an amazing but simple job of depicting the cyclical nature of things. But really, any lyrics by Dylan, Leonard Cohen, Nick Drake, Bjork or Fiona Apple are all safe bets for me.

Where is your favorite place in the city to people watch?

I love the downtown public garden and the boardwalk near Hatch Shell. There’s nothing like willows and spring flowers to bring lovers out on a sunny afternoon.

Anngelle Wood is a Boston radio DJ known for her stints at local institutions WFNX, WBCN, and WZLX. She is the host of the long-running show, Boston Emissions, and produces the annual Rock & Roll Rumble music festival and showcase. You can reach Anngelle at [email protected].

Stay up to date on Music Club

Follow the latest discussions and performances from local musicians in your inbox.