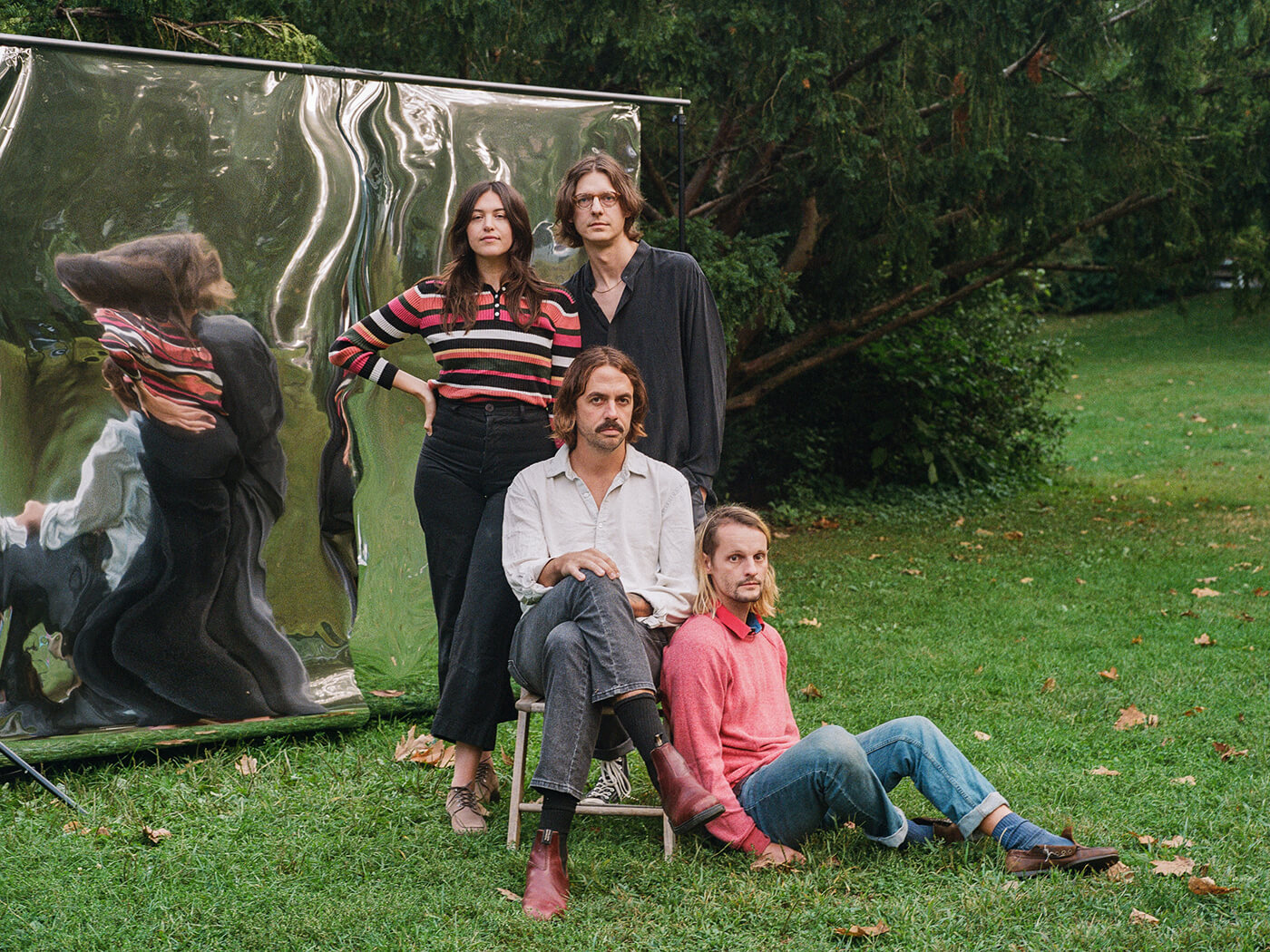 There’s so much to say about the punk spirit and straight, raw expression. Likewise, there’s a lot to be said for records that remind you of craftsmanship, care and attention. Major Murphy To access sits proudly in the second camp.

The Grand Rapids, Michigan band – guitarist and vocalist Jacob Bullard, bassist and vocalist Jacki Warren, drummer Brian Voortman and multi-instrumentalist Chad Houseman – treat the components of indie-rock with the same kind of meticulousness as the singer-songwriters reserved for forays into boy-derived orchestral Beach Pop in the ’70s, twisting fuzzy riffs and sleepwalking hooks around songs that split the difference between Pavement and Emitt Rhodes.

Followed by some home-recorded EPs and their debut LP No. 1Major Murphy delved into his influences and concerns, putting together a record that balances a kind of wistful nostalgia with a sense that this creative moment will soon pass as well.

This is Bullard (who alongside Warren recently backed Katie Crutchfield for a stellar performance by Waxahatchee Lilacs on Kimmel) tells us about his build – which was a nearly two-year project done alongside Mike Bridavsky and Ben Lumsdaine at Russian Recording in Bloomington, Indiana – and the influences he sought to celebrate with the record’s lively style. “Something in the way”, runs To accessBullard bringing up Kurt Cobain before putting the moment into context: “I want to be a part of it.”

This is a very deliberate recording, from concept to execution. When you first got started, what did it look like in your mind?

“Songs struggle with polarities, so when it comes to technical sounds, I wanted to try to achieve very ‘close’ sound textures as well as very ‘fat’ sounds. I wanted to express a feeling of suspense. Very basically, life and death and whatever is at stake.”

You’ve changed your approach to recording here, individually tracking down to a click, and you’ve really leaned into this text-based approach. Was this decision anticipated by the nature of the songs?

“Yeah, I think so, but that also has a lot to do with the fact that we’re still experimenting and trying to figure out what our preferred process is. But also, yeah, the songs themselves were interested in a level of minutia that I felt could only be achieved if we worked in one click.

There’s something very satisfying to me about songs that are researched or lyrically uncertain yet melodically concrete and aesthetically focused. How do you see structure in your writing?

“I like having the structure. Song structures give you a container to place all those emotions and ideas, and there are so many traditions to draw from. Like a lot of artists, I think more often than not I’ve mapped out the structure before all the lyrics are in place and just try to listen to what the music is trying to express.

There’s a noticeable sense of warmth to the presentation and a thoroughness that reminds me of picky songwriters like Nilsson or the Carpenters. Where does this impulse come from?

“Part of that is probably down to using a lot of vintage and analog gear and working with someone who really knows how to use it. As far as the pulse goes, with this one we wanted an epic and dramatic record, so it made sense that things were carefully placed and interpreted. I love Nilsson’s music. He definitely had a flair for drama.

Can you tell me about your equipment on the disc? Were there any instruments or setups that stood out as important to the finished product?

“On the less rock songs, we did quite a bit of guitar straight into the chart, which was super fun and I’d love to continue doing that in the future. There were a lot of great guitars and amps in the studio to work with. One guitar was a Fender Jazzmaster, which I ended up using a lot.

Who inspired you to start playing, and how does that thrill relate to Major Murphy today?

“Part of the sound of this record was kind of wanting to revisit the music and sounds that we all first connected with when we were learning to play. I bought a guitar in 2002, so around that time , learning to palm mute was my first priority.

“The band that really started it all for me was Relient K. I liked the diversity of their songs and albums and it seemed like they were having a lot of fun. Throughout middle school and high school I also played a few times a week in various church bands, playing contemporary Christian music, which is very much informed by Britpop, U2 and Coldplay.

Major Murphy To access comes out from April 2 to Winspear.