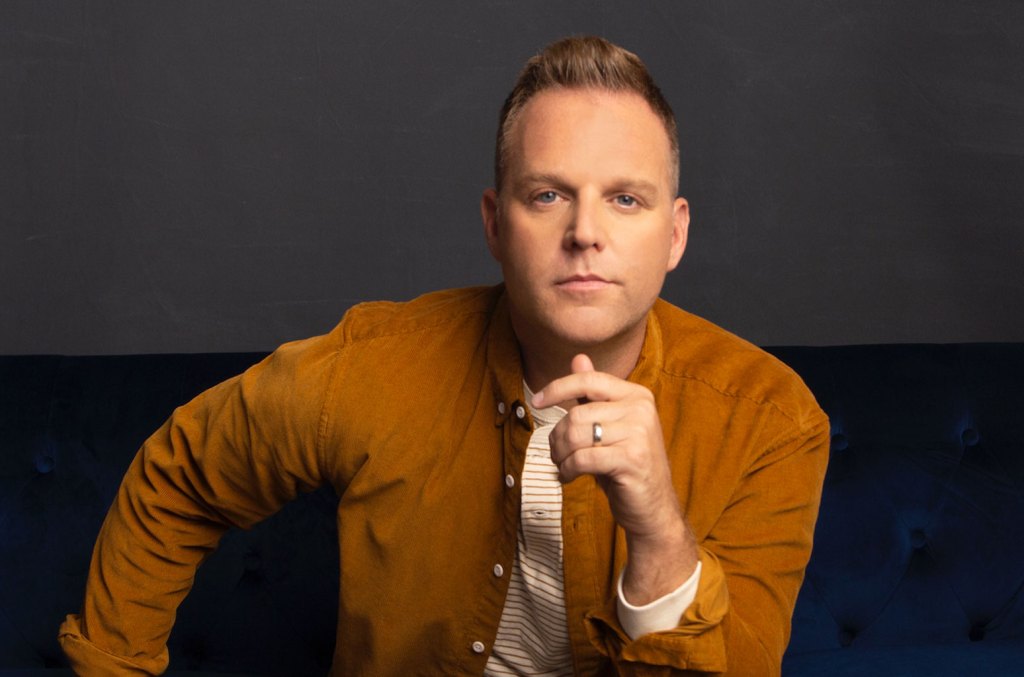 From the first entry BillboardChristian Airplay of Christian Airplay with his 2004 “More” chart, Matthew West won 11 No.1 singles as an artist on this chart. But over the past 17 years he has also written songs recorded by artists such as Amy Grant, Michael W. Smith, Scotty McCreery, Rascal Flatts, Maddie & Tae, Casting Crowns, Mandisa, Billy Ray Cyrus and more.

This year, West has achieved several successes as an artist and writer, co-writing hits for Casting Crowns (“Scars in Heaven”), Anne Wilson (“My Jesus”) and Tasha Layton (“Look What You’ve Done “), while scoring a Christian Airplay No. 1 hit for five weeks with his own single” Truth Be Told “and the following with another No. 1,” What If “.

West’s songwriting credit streak placed him at # 1 on Billboardthe list of end-of-year Christian songwriters for 2021.

The artist, who signed with Combustion Music as a writer, has over 130 songwriting credits to her name and is a multiple recipient of the ASCAP Christian Music Prize. He also won a GMA Dove Award for Songwriter of the Year (Artist) in 2018.

“I didn’t come to Nashville intending to be a songwriter for other projects early on,” said West, who is from Illinois. Billboard during the break at a co-writing session in Nashville. “But trying to get a recording deal and be turned down, I really focused on the writing profession and I became a writer in a publishing house and discovered this world of all these songwriters who work behind the scenes every day. I fell in love with songwriting as much as art. I feel like I have two full time jobs now, and I love them all two also.

West learned to play the guitar during his freshman year of college and soon began playing at campus events and fellowship parties, where he mixed some of his original songs between covers of popular hits. . In her freshman year, an anonymous donor paid for West to attend the Rocky Mountain Christian Music Festival seminar in Estes Park, Colorado. Through this event, West met other songwriters and music publishers, then signed his first music publishing deal two weeks before graduating from college.

“I graduated from college with a degree on one side and a publishing contract on the other,” West says. “I moved straight to Nashville and never looked back.”

Prior to his breakthrough success as an artist, West spent years honing his craft in the Nashville writing community, where he recognized not only talent, but ambition as well. This prompted West to become a complete songwriter.

“Someday you may have to lead the way with lyrics. Another day you could write with artists who don’t play instruments, ”he says. “I want to be proficient enough on guitar and piano, with the chord progressions that are working right now, to conduct that way. I had this analogy, that if I was locked out of my house, I would find another way in. I used to hear songwriters speak in exclusive terms – “I only write with a title first” or “I only write lyrics first. ‘ I decided to keep working on all of these different ways of writing, so that if songwriting is home, I’m less likely to be locked out of the house.

West eventually got that artist contract, and in 2004 his single “More” (co-written with Jason Houser and Kenny Greenberg) spent six weeks at No. 1 on the Christian Airplay chart. He quickly followed with more top Christian Airplay leaders, including eight-week frontman “You Are Everything” (written with Sam Mizell), 14-week frontman “The Motions” (written with Houser and Mizell) and the 17 Weeks No. 1 “Hello, My Name Is”, a solo writing by West.

“I try to write every day,” West says of his process. “It might not be a complete song, but there’s a note on my phone with an idea for lyrics, or a voice memo of a melody. Or while I have my coffee in the morning, I sit down at the piano, hit “record” and play the first thing that comes to my mind. When I write for other artists, it’s about hearing what they’re communicating. You are in a different seat in these sessions. It’s special and I don’t take the chance to be a part of what they do lightly.

“Years ago he told me to write at least a few songs on my own every year to preserve that ability. What he didn’t realize was that I took those words to heart and started booking retreats in town. I would rent a booth in Leipers Fork and go there to force myself to see a song from start to finish.

This habit would prove to be beneficial when West started working on the 2010s. The story of your life, a concept project consisting mostly of solo songs, based on life stories fans shared with him. His 2012 album In the light followed a similar process and included his hits “Hello, My Name Is” and “Pardon”.

“I went to a cabin with a guitar, a piano, and thousands of people’s stories that they shared with me,” West said. “Really, writing the songs on my own felt out of necessity. There are songs that you feel you have to write yourself. Seeing all these letters from people, writing these songs was my way of responding to them.

In contrast, West has co-wrote almost all of the tracks on his recent albums. All in and Brand new.

“I didn’t want to fall in love with any particular process,” the five-time Grammy nominee says. “Part of the reason I’ve had a long career in my career is having great collaborators stretching me in such a way that my music doesn’t sound like the same song over and over again. “

Along the way, he diversified his paths to share his stories. He took out five books, and last year he launched The Matthew West Podcast. In 2016, West launched the multi-faceted Story House Collective to help musicians, storytellers and creatives share their stories. The company offers management services, artist development, music publishing and more.

While most of West’s music focuses on contemporary Christianity, he grew up listening to country music. Earlier this year, West hosted Carly Pearce to record a new version of “Truth Be Told”. “The Waiter,” a former West co-authored with Scotty McCreery, appears on the American Idol the new album of the champion of season 10 Same truck. (West has already contributed a track to McCreery’s See you tonight project.) West also co-wrote a track with Maddie & Tae for their holiday album, and his song “The Day Before You” was recorded by Rascal Flatts for their We feel like today album. West has also recorded songs by Diamond Rio and Montgomery Gentry.

“I love it and it’s fun, but I have to have realistic expectations,” says West, who estimates that 10% of his time is spent writing country songs. “There are so many great country writers doing this day in and day out on Music Row. It’s something I’m always open to, but I feel like the full time part of what I do as a creator is firmly rooted in inspirational and Christian music.

As for his own music, West promises “a bunch of new songs” in the works for next year. He also hints that a new project could follow a country music trend made popular by artists such as Lady A, Morgan Wallen and Cody Johnson over the past two years: the double album.