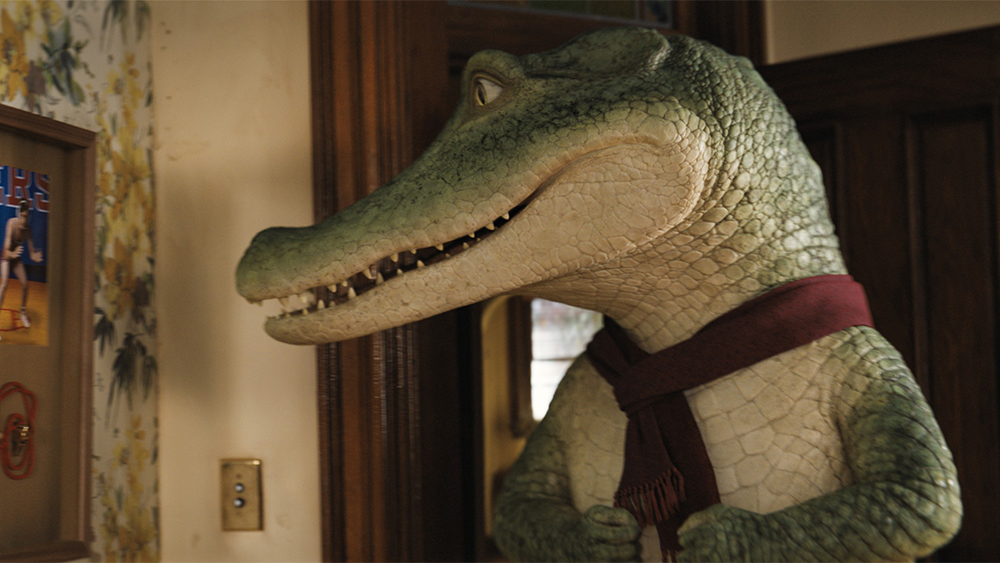 The musical “Lyle Lyle Crocodile” by Josh Gordon and Will Speck is aptly named. The story, about a crocodile named Lyle voiced by Shawn Mendes who can dance and sing, features songs written by award-winning Justin Paul and Benj Pasek. The dup then enlisted a team of songwriters to carve out infectious earworms.

From the start, writing and songwriting duo Pasek and Paul knew that Lyle would be a singing crocodile, which made the project all the more exciting for them. “But when the voice actor became Shawn Mendes, that really influenced the style a lot and what we were going to write for,” says Pasek.

With Mendes attached, the writers behind “The Greatest Showman” and “Dear Evan Hansen” could mix musical theater with contemporary pop. “The goal was to create something with his voice,” says Pasek.

The next step was to assemble a group of writers – Ari Afsar, Emily Gardner Xu Hall, Mark Sonnenblick and Joriah Kwamé – to help break the tunes.

The pandemic precipitated an unconventional collaboration, with the songwriters working on Zoom and Google docs, and only meeting for the first time at the recent New York premiere.

One of the first songs written was “Take a Look at us Now”, a charming and energetic anthem performed by Hector de Javier Bardem, a showman and magician bursting with brilliance. The tune is likely to be a competitor to the original song.

Pasek says the team was looking for a phrase that could be a big see-up moment, but doubles for the relationship between Hector and Lyle, and later Josh (Winslow Fegley) who inherits Lyle after Hector leaves town.

As they searched for a hook, Kwamé suggested, “What if the song was called ‘Look at us now’, and that gave the song the fire element they were looking for.

Likewise, for “Rip Up the Recipe,” another upbeat number performed by Josh’s mother, Ms. Primm (played by Constance Wu), they were able to let Mendes’ voice soar. Hall says the song has a richer meaning. “We talked about this woman in a kitchen. There were a lot of ways this song could go wrong about the return of women to the kitchen.

With the songwriting team approaching the process like a TV writer’s room, the whole team could contribute and develop concepts. Sonnerblick says the song became about cooking and Ms. Primm rediscovered her passion for cooking and baking.

However, the character in the script was originally a CEO. Once the filmmakers heard the song, things were reverse engineered. “All of a sudden she became a cookbook author,” Sonnerblick says, and the sets were designed to accommodate the lyrics.

The song’s powerful ballad, “Carried Away,” encapsulates the film’s central theme of belonging. In a key scene, Lyle is in a zoo, and the lyrics reflect his desire to be free.

The song has an element of theatricality. “It’s this character trying not to give in to sadness instead of indulging in a feeling,” says Pasek. Asfar notes that “Carried Away” reflects an interior monologue about insecurities.

When it finally came time for the voice actors to sing and record the songs, the writers were able to zoom in on the sessions.

As Hall recalls, “Watching Justin and Benj work with Shawn, you start to hear the lyrics and you hear them say, ‘Let’s do this in a different way.’ Suddenly, you think, that was a bold word in a Google doc two months ago.

Kwame de Mendes adds, “He has so much expression at the end of his sentences that it works really well for musical theatre.”