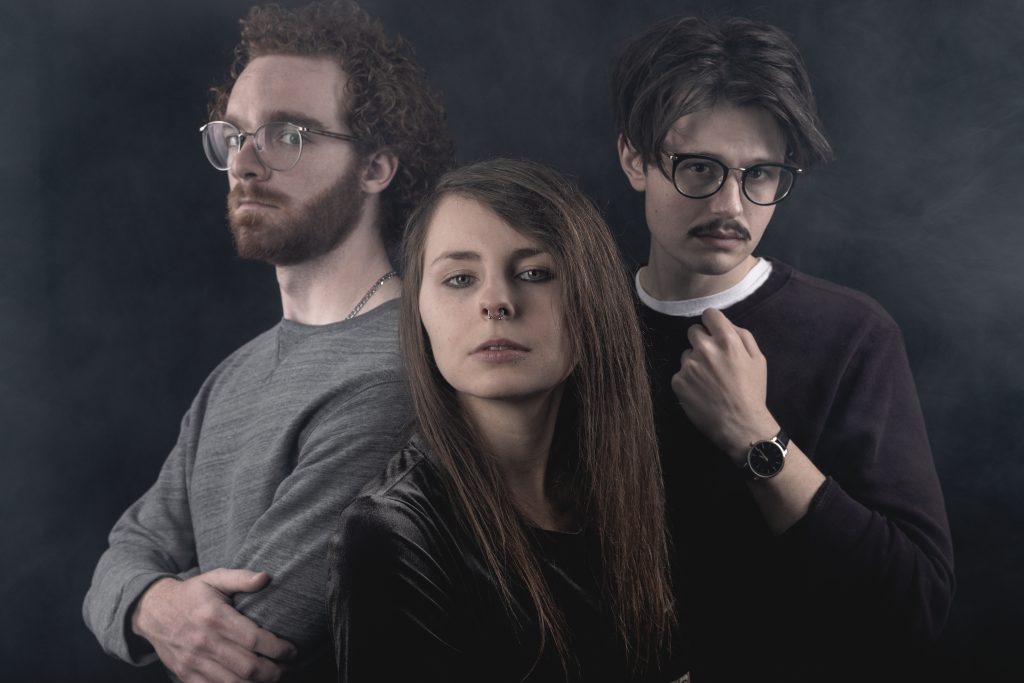 Jackson’s band recently released a new album, “Sitting With the Unknown,” and continue to play shows and find inspiration in their hometown. Learn more about LVRS in this Local Spins Artist Spotlight.

Jackson is a city of colorful walls and strong bones. It houses what was once the largest fortified prison in the world. Growing up there, even outside the walls, can sometimes feel like a prison. There’s not much for kids to do in middle school and high school…at least there wasn’t before.

Wandering teenagers often found themselves wandering aimlessly through the aisles of Wal-Mart after aperitifs at Applebee’s. “Looking for trouble,” adults might think, when it’s just distilled boredom that drives kids to shoot each other with Nerf guns under fluorescent lights and ride miniature bikes down long driveways.

But the city is thriving now, growing every day. Once a ghost town, downtown is now bursting with new restaurants and adorned with vibrant murals from the Bright Walls Festival. Couples walk the streets under strung light bulbs. Skater kids now have to dodge pedestrians and cops. 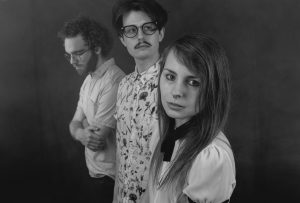 It’s early spring and I’m at another Jackson landmark: Cascades Falls, which was also, quite symbolically, walled in by 10-foot concrete. But Jackson’s walls are crumbling (or being deliberately knocked down). I walk in the park with the band LVRS as we look back on the evolution of the city.

“I like it, because it’s such a small community, and you can get to know people who are like you,” says Olivia DeJonghe, who plays guitar and plays guitar.

“It’s more intimate. I do not know. I feel like the genres are so different from other communities. To me, that makes Jackson so rich. It’s inspiring.

Simultaneously, LVRS – pronounced “in love” – has some downsides to living in a tight-knit blue-collar community. A fairly quiet town, Jackson’s nightlife consists of restaurants and beer tastings.

Live music often comes as an afterthought. A band might play in a beer hall where the conversation takes over and the music is left in the background. But a thriving arts scene persists, with many backing it.

“As much sincerity as there is here, there aren’t a ton of people. So it’s hard to maintain a stage or be really active,” says bassist Jedidiah Thompson. “There is not something happening every night. But I think so many people are trying so hard to do things here. And Jackson is growing up, so I think it’s on that path to create a scene.

PLAYING AND THE BENEFITS OF WORKING IN A TRIO

Jackson’s music scene has declined over the past decade. At one point, DIY places like Cuppa Coffee cultivated a truly inspiring artistic oasis. Bird Alley existed as a place in an underground scene (literally), housed in the basement of a decrepit house that has since been demolished. In Jackson County, LVRS has performed at The Fourth Wall, Ironbark Brewing Co., Jackson Coffee Co., and Sandhill Crane Vineyards.

LVRS returns to Ironbark Brewery in Jackson on May 14 and at Magoo’s Bar in Chicago on May 29.

The band mentions how Jackson’s venues have evolved from an underground listening-oriented scene to restaurants and beer halls, a shift that can make it a bit difficult to play loud rock ‘n’ roll.

The band also frequent Grand Rapids, where they played The Pyramid Scheme and recorded a session with Dogtown Studios. He also cultivated a following in West Michigan that propelled his 2018 album, “Now Is Light”, to No. 1 on the Local Spins Hot Top 5 chart, representing the regional album that received the most streams in radio at WYCE (88.1 FM).

On his new disc, “Sitting with the unknown”, recorded at the Social Recording Company with producer Jake Rye and released in early March, the guitars scream while the drums and bass make polished indie rock. DeJonghe’s voice is the perfect blend of shoegaze and punk-rock apathy.

LISTEN: “Fata Morgana”, LVRS (from “Sitting With the Unknown”)

The album also lends itself to the kind of dance-worthy beats perfect for hustling in a gym during an awkward high school prom. With the record released, the band reflects on its completion.

“We have already experienced so much there. It’s not like we were like, ‘Oh, we’re done with this.’ But it’s, ‘I got a lot out of this already,’” DeJonghe says. “So I’m ready to go through stuff. And I feel like the goal is to do things faster.

In three pieces, the creation process has fewer moving parts than larger outfits. There are fewer egos and fewer musical opinions to filter. It’s easier. With recording and rehearsals, the band can function like a well-oiled musical machine. 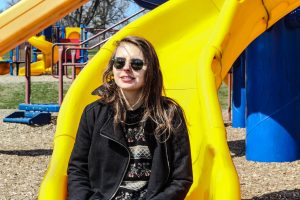 For future albums, the band plans to keep as many components in-house as possible. The creative process naturally becomes cleaner and more intentional.

“Getting to have like, your hands in it. And have more control. You can be more deliberate in your choices,” says Chard. “You learn a lot just by making mistakes on your own, you’re like, ‘oh, that absolutely didn’t work, what did I do wrong?’ Being the one who made the mistake makes it clearer, and you can understand what you originally wanted to do.

Thompson adds that the cornerstone of self-registration is the learning process. It’s part of the journey and the experience. New instruments, colorful guitar pedals with dizzying knobs, and various shrill amps lend themselves to exploratory creativity. The group plans to release a new single by the fall.

“Yeah. It’s just about gaining knowledge and getting equipped, to the point where we realized that spending a lot of time doing things in-house is not only better for us, but also creatively, artistically better. It’s really good for us.

“It’s really super empowering and cool to be able to say, we did all the artwork and all the photography and stuff. I feel like we were pretty special.

Listen to more tracks from LVRS on bandcamp.com.