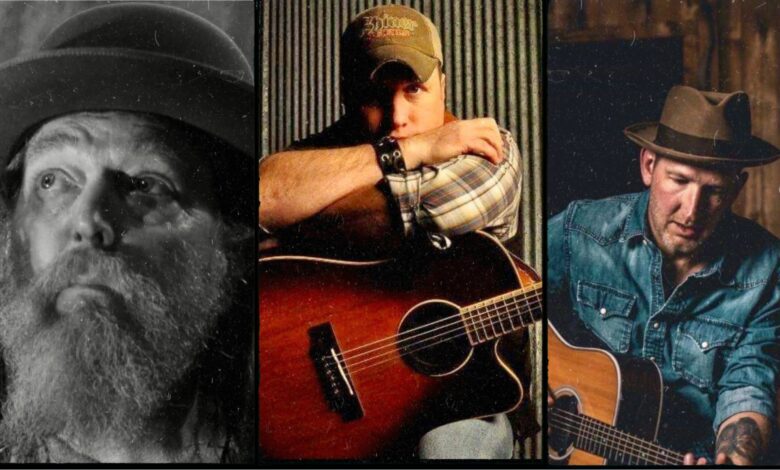 On September 21, 2022, Hope, Arkansas, the Klipsch Heritage Museum Association is thrilled to announce its next event. On Saturday, November 19, 2022, KHMA will host a Songwriters Showcase from 7:00 p.m. to 9:00 p.m. in the historic Klipsch City Auditorium. Dave Almond, Jason Helms and Trey Johnson are the entertainment showcase musicians.

Dave Almond, singer-songwriter, started playing guitar at age 16 and playing in bands at age 19. Dave has opened shows for Bo Diddly, Black Oak Arkansas, Billy Joe Shaver, Paul Thorn and others. He has recorded three CDs of original material, all independently released, and one vinyl album, released on the Cosmic Cowboy label. For 30 years, Dave has been a fixture in Arkansas venues, playing blues, folk, country and pre-’80s classic rock, along with his original material.

Trey Johnson is a blues-based singer-songwriter. He recently joined Jason Willmon in Hope, Arkansas for a busy KHMA Big sounds downtown as well as playing “LIVE” at [email protected] in Eldorado, Arkansas. Trey’s songs have a real “Southern Soul” with an energy to match. He shared the stage with some of the greatest artists of his generation. It has been said that “if Trey Johnson won’t get you moving, you might need to check your pulse”.

“What an exceptional evening of musical talent! KHMA is thrilled to showcase these incredible artists as they showcase their individual songs and then come together for what will be a powerful musical entertainment collaboration,” said Beckie Moore, Executive Director of KHMA.

Starting Monday, October 3, 2022, tickets can be purchased through the “Zeffy” ticket link on the KHMA website at www.klipschmuseum.org. This event offers general admission tickets at $20 per person. Songwriters Showcase will not have reserved seating other than VIP seating for event sponsors. For sponsorship information, please email [email protected].