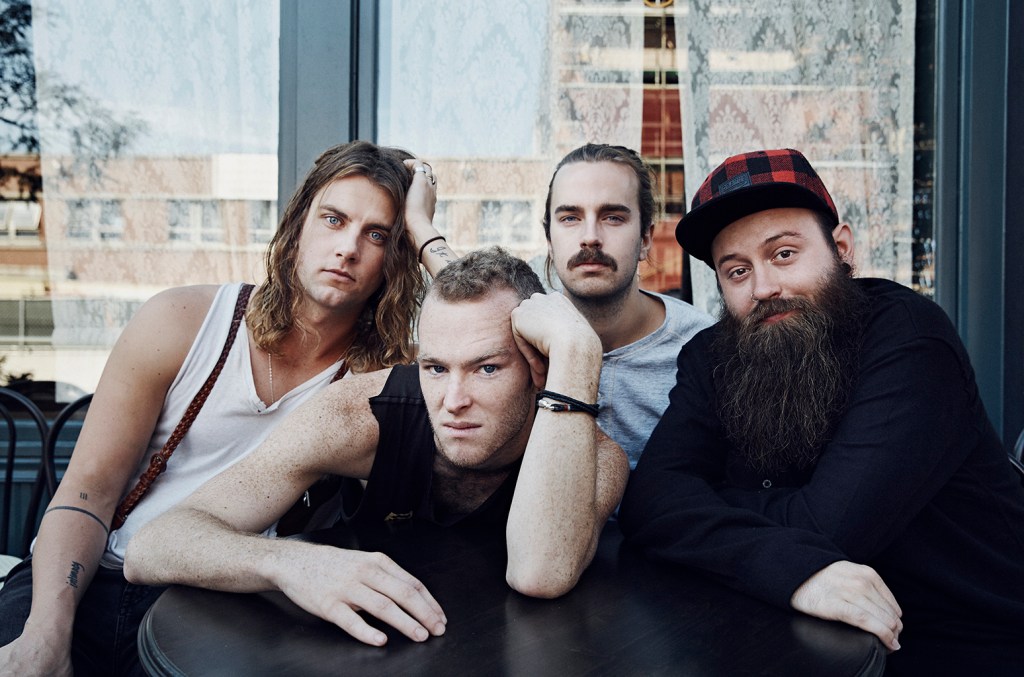 The banjos return to the top of Billboard‘s Alternative Songs airplay chart (dated January 7, 2017), as Judah & the Lion go up 2-1 with “Take It All Back”, the band’s first entry in the count. The song reigns in its 19th week on the count.

Judah & the Lion thus becomes the first act of the year 2017 on the charts to land a No. 1 alternative song with a first title in the format. Four acts accomplished the feat in 2016: Nothing But Thieves (“Trip Switch”), The Strumbellas (“Spirits”), Kaleo (“Way Down We Go”) and The Head and the Heart (“All We Ever Knew”) .

Nashville-based Judah & the Lion, which formed in the early 2010s as a bluegrass-tinged folk band with banjo and mandolin in their sound, took a more alternative rock approach (although the folk instrumentation remains) for his third album, Folk Hop N’ Roll, which debuted and peaked at No. 7 on the Americana/Folk Albums in March 2016. A deluxe version of the set released later that year includes a re-recorded version of “Take” which aired on the radio.

Of course, the band aren’t the only folk-leaning band to dominate alternative songs this decade. Mumford & Sons made a career out of it (before their more alternative rock makeover in 2015), with five top 10s in 2010-13, including two No. 1s: “Little Lion Man” and “I Will Wait”. Imagine Dragons’ debut hit, “It’s Time,” which peaked at #4 in 2012, featured the mandolin prominently. And, The Lumineers continue to add hits, with “Ophelia” ruling for four weeks in 2016 after “Ho Hey” led for two weeks in 2012. (“Ophelia” became the No. of the Year 2016 Alternative Songs Chart.)

Simultaneously, “Take” reached a new high on the multi-format Rock Airplay chart, rising from 8 to 7 with 8 million viewership impressions (up 5%), according to Nielsen Music. The track also reached the Hot Rock Songs top 10 (13-10) in its 18th week on the multi-metric chart, further fueled by its 14-12 surge in digital Rock song sales (6,000 downloads sold, in 15% increase).