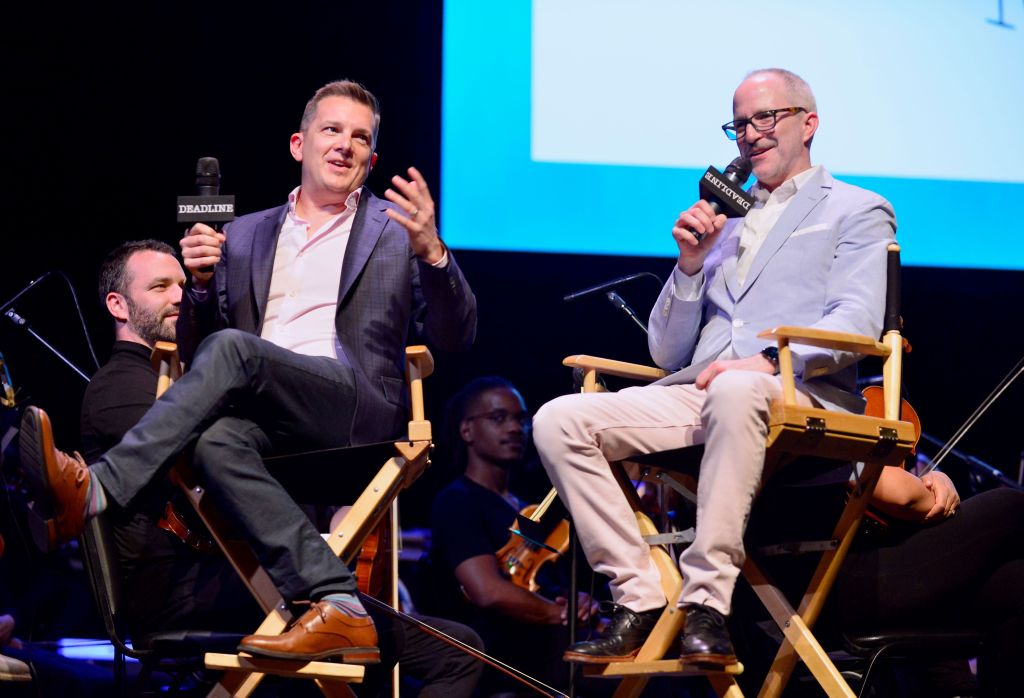 During an onstage interview at Deadline’s Sound & Screen awards season music event, the duo revealed that was the case while composing “Maybe Monica,” which was sung at the wedding of the Shut-up pop singer Shy Baldwin (LeRoy McClain) by her best man, real-life calypso hitmaker Harry Belafonte (Josh A. Dawson).

“We had to think of both a song that could be a pop song of the era, but also his best friend who wrote a song, that he kind of left behind to do this,” said Mizer.

“Usually every time we get an assignment to write a song, we send them two, three or four different pieces of songs: ‘Is this a way to go?’ Moore added. “And that song was one of the hardest for us because we kept thinking, ‘How are we going to write this? Why don’t they use a source [song by] Harry Belafonte? It makes sense with Shy Baldwin – Shy Baldwin is a fictional character – but Harry Belafonte is real and has so many amazing songs.

“We gave [Sherman-Palladino] a few songs we liked, but that just wasn’t it, and we thought, ‘Just use a Harry Belafonte song!’ laughs Mizer. “She came back to us with a great note, which was ‘It’s not a pop song – it’s a toast.’… So that just opened the door for us, so we wrote it as a toast of man of honor. He makes fun of Shy and his fiancée.

Moore said the duo love layering veiled references to Baldwin’s hidden sexual orientation. “We come from the world of theatre…[and we] throw in some little twists that, like, if Harry knows exactly what the story is with Shy, the song definitely has that extra meaning.

Mizer and Moore recall their first meeting with Sherman-Palladino when the collaborators were set up on a “blind write date” before the launch of Maisel.

“She, as you can tell from the show, is a Broadway baby, and she really wanted to write a musical for the stage,” Mizer recalled. “And we were brought together to write a musical with her, and we had good meetings and we got on well. And then she came to us one day and said, ‘I have to do this little pilot from Amazon. I will be away for a few months. No one will watch the show. We will then write the musical. ”

“We haven’t written a musical yet,” said deadpan Mizer.

Check back Monday for the panel video.