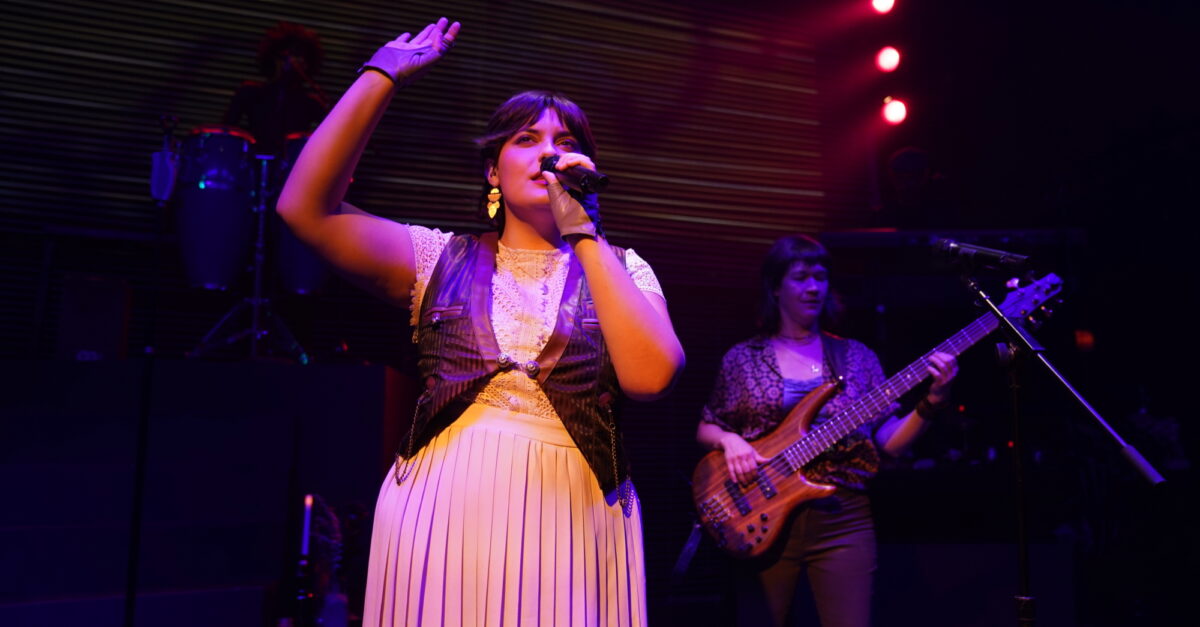 Inspired by the band’s concept album and Ovide Metamorphosesthe show ends at the WP Theater.

Indie rock band The Kilbanes in weightlessness ends its Off-Broadway premiere on October 16. Previews began September 17 at the WP Theater for the musical, which opened September 29.

Featuring storytelling group members and husband and wife duo Kate Kilbane and Dan Moses, in weightlessness follows sisters Procne and Philomela who have been separated and must travel across worlds to be reunited. Based on the band’s theatrical concept album of the same name, and inspired by Ovid’s Metamorphosesthe work has already been adapted into a film, which was released by WP Theater in 2021.

Director Tamilla Woodward leads the production which includes a cast of actor-musicians with Kilbane as Procne and on bass, joined by Moses as backing vocals and on keyboards, Lila Blue as Philomela, Kofy Brown as Iris and on percussion, Joshua Pollock as Tereus on guitar, and Dan Harris on percussion. The entire cast reprise their performances from the filmed production.