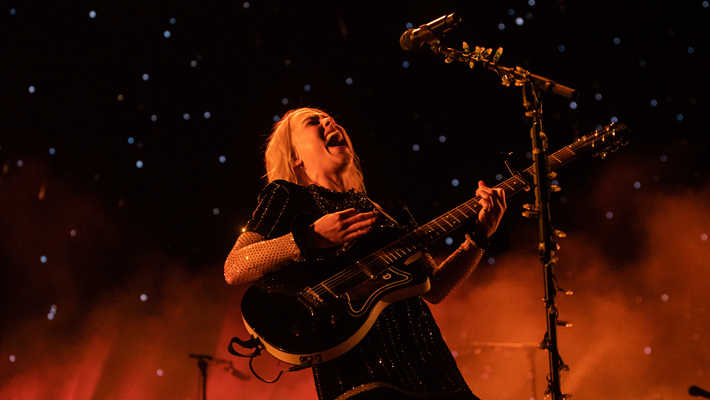 If you had to pinpoint a time when the music festival landscape started to change, it was in January 2014, when Coachella released its annual festival poster. Thereupon, three names stood out a little different, one on the second line of each day: Ellie Goulding, Lorde and Lana Del Rey. It wasn’t just these artists either. It booked artists like Pharrell, Foster The People, Empire Of The Sun, Bastille and AFI, alongside more anticipated Coachella offerings like The Knife, The Replacement and Neutral Milk Hotel.

The move meant a sea change, where the then 15-year-old festival realized that to survive it had to evolve. At that time, he nodded to whatever was happening on local station KROQ instead of seeing tickets based on the Pitchfork-approved independent elite. It was all about programming with diversity in mind, giving shots to budding pop-adjacent female artists they were ready to count on to play well in the moment — and have the look good in hindsight. It set the roadmap that other major music festivals in the United States would follow, moving away from rock, dance and (a little) rap towards pop, international music, (much more ) rap and streaming sensations.

And, let’s be particularly clear: it’s a good thing. Much of the cultural change of the past decade has been more equitable and forward-thinking. But – and I say this as a fan of music that has become less commercially viable in recent years – it’s also a shame that some more adventurous tracks and reservations are now considered a bit too niche for Coachella (or Lollapalooza , or Governors Ball , etc) stadium… or a bit too old.

Lately, festivals have sprung up for audiences who might feel alienated by the change in Coachella. Just in Southern California, FYFs and Burgeramas around the world have found themselves mired in controversy and have given way to new offerings like Just Like Heaven, next month’s Primavera Sound LA and, returning for the first time since 2000, This Ain from last weekend. no picnic. I don’t want to get too old here, but This Ain’t No Picnic was actually the first music festival I attended, as a high school student in Orange County. The event has only been held a few times, but the 1999 edition I attended featured Sonic Youth (playing with borrowed material after being stolen), Sleater-Kinney, Rocket From The Crypt, Guided By Voices and Superchunk.

His comeback over 20 years later – now at Brookside at the Rose Bowl – felt a bit more like FYF’s ethos than his strictly indie debut, but even with a hip-hop twist (Isaiah Rashad, Earl Sweatshirt) and of R&B/pop (an incredible Tinashe, Jorja Smith), this was clearly a festival designed for those who no longer wanted or could do the two-hour desert trek. Both headliners were Coachella alumni who now reunite with legacy artists LCD Soundsystem and The Strokes. And while neither is quite a festival rarity at this point, both have made a compelling case for their headlining status.

LCD Soundsystem, for such a divisive character as James Murphy has become, can make all the chatter around them disappear with just a few minutes of music. Who would have thought that a band known for their transcendent concerts is… always unreal live? Sure, the stage is only a few dozen black widows long to sound like my dad’s garage, but James Murphy’s voice is one of rock’s most underrated instruments and leads his revered fellow musicians anthem after anthem. If seeing LCD Soundsystem live every few years is what’s needed to stay in good graces with its longtime fans, then so be it. They fulfill their end of the bargain. 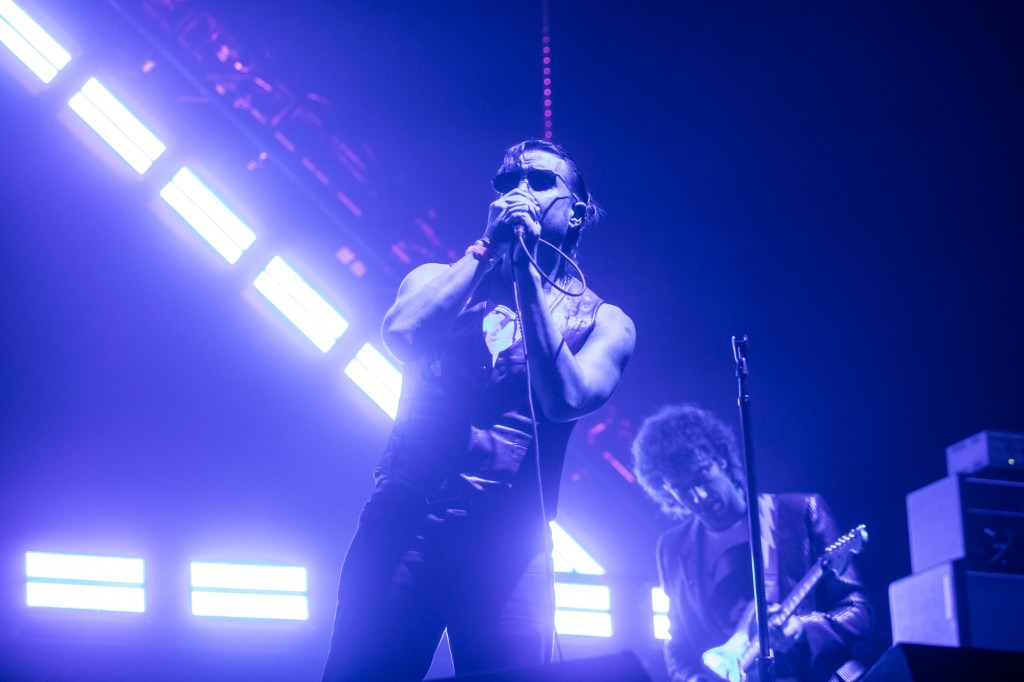 The Strokes, on the other hand, are not known for their live show. Their performances often feel like a tightrope walk that could end in disaster…and sometimes it does! But not that night, when the band was incredibly tight and in high spirits, and frontman Julian Casablancas was on his best behavior. This is a band that doesn’t need to play its biggest hit to satisfy its audience, a band whose vibe and aesthetics are up to par with their craft. Additionally, the streaming numbers of their recent The new abnormal indicate that their new tracks are also hugely popular, to a shocking extent. That said, there was not a dud in the setlist, including a surprising “Ask Me Anything”, an underrated “Under Cover Of Darkness” and an inspired “Juicebox”.

– Phoebe Bridgers’ hometown show (literally) was pretty similar to the tour she’s been doing for about a year…which means it’s still great. She remembers learning to drive in the Rose Bowl parking lot and telling her fans to steal their parents’ credit cards to donate to abortion funds (if their parents didn’t believe in abortion). We are a young legend.

– Directly in front of his tray was Idles. Music festivals are often ripe for cultural clashes, but this was not the case. After the English post-punk band’s first rage, frontman Joe Talbot asked the crowd to break up in anticipation of a moshing frenzy. In the audience, another group shouted “nooooo” in unison, as Phoebe’s young female fans were told by security to hold their ground. Soon there was crowd surfing and slam dancing and all the other fun stuff that probably isn’t seen in typical Phoebe shows. But it was all fun and I hope the two fanbases earned some respect for each other.

– The Tiger reunited for the first time in over a decade and showed the world still needs them. Frontman Kathleen Hanna would explain how the group formed as a protest group and it’s a shame they still need to protest the same things decades later. But, that said, their “dance away from injustice” ethos and sly spirit are more meaningful and impactful than ever, with the significance of seeing them live for the first time visible on many faces, especially women. that Hanna has inspired throughout her career. .

– Ethal Cain, Magdelena Bay, Mdou Moctar, Turnstile and Slowthai deserve all the hype they got. 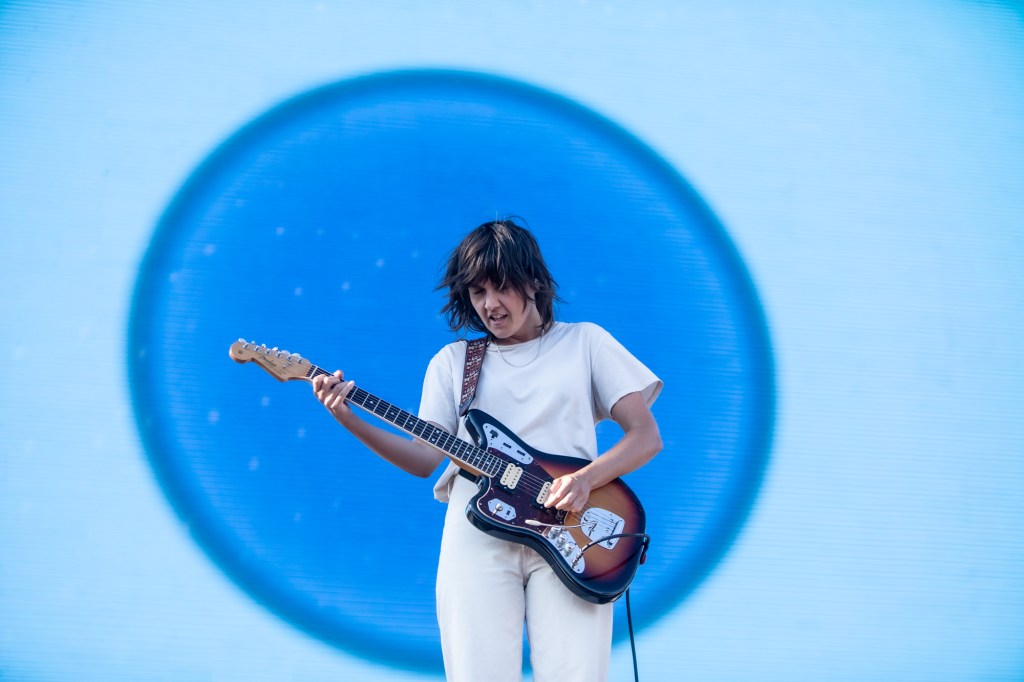 With Primavera Sound just weeks away, time will tell if there is enough market for two similar events in the Los Angeles area. But seeing the local music fans I’ve met over the past 15 years at shows, it was hard not to be nostalgic for when it could have been more than a local event. Genre festivals, whether rap, dance, country or indie, have become more common and could signal how audiences want to spend their money, which is particularly tight in 2022. Still, c It was nice to see indie rock still able to work on this scale, a vibrant music community coming together, and new memories formed by the many young fans who turned out. I hope they remember it as fondly as I did on my first This Ain’t No Picnic.

Check out an exclusive gallery from This Ain’t No Picnic 2022 below.