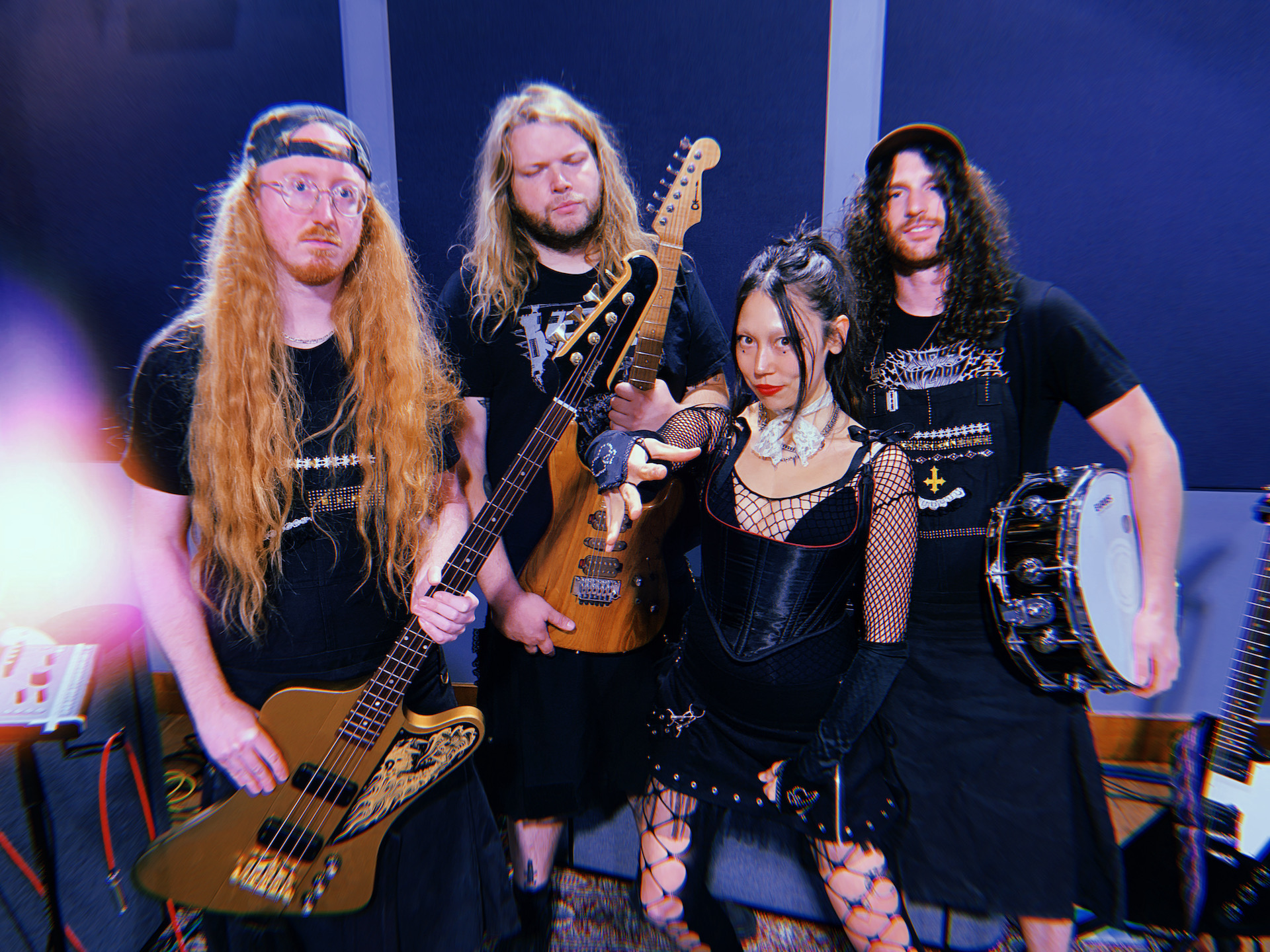 Join us in the studio for this Indie Rock session Hit Parade is a prolific and versatile session producer and player. Los Angeles-based Sasami Ashworth leads the namesake project SAMI, an outlet for his creative and eclectic solo work. Previously a member of Cherry Glazerr and King Tuff, Sasami’s solo career was cemented in 2019 with the release of her self-titled debut album. An intimate collection of home-recorded hooks, Sasami is a showcase not only for Ashworth’s songwriting, but also for his catchy production style.

These signature sounds would later be heard on albums by Hand Habits, Vagabon and Curtis Harding, and eventually on Ashworth’s second release, Squeeze. Released around the beginning of this year, Squeeze is a bold (and sometimes unnerving) blend of overdriven instrumentation and majestic melodies. “System of a Down meets Sheryl Crow” seems like the most succinct way to describe it. While touring with Haim, SASAMI (the band) stopped by our studio to perform a series of new songs.

Ashworth and guitarist Graham Brooks trade riffs on “The Greatest”, bassist Jon Kelley gets into a deep groove on the chorus of “Call Me Home” and on “Say It”, drummer Dylan Blake fuses live beats with industrial beats for nearly crushing kick. Just like on the album, the session ends with “Not a Love Song”, with a long intro from Brooks and a soaring vocal from Ashworth.

Listen to SASAMI’s Indie Rock Hit Parade session below, and check out photos of Paige Walter from the studio. Paige also interviewed Ashworth earlier this year.

After the band finished recording this session, Sasami was photographed in and around our studio by Jason Rodgers, and these photos appear alongside Sasami’s recent profile in Them magazine. check this HERE.