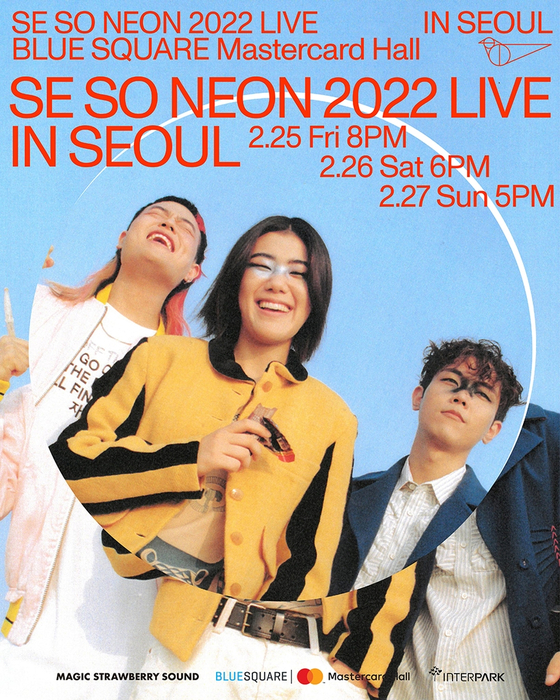 Indie rock band Se So Neon are set to embark on a world tour titled “Se So Neon 2022 Live”, visiting a total of nine cities, according to their agency Magic Strawberry Sound on Thursday.

“This tour, which comes after two years due to the Covid-19 pandemic, is one the band and fans have been waiting for for a long time,” the agency said. “It’s especially meaningful because the band can perform all of their latest songs they’ve released since 2020 on stage live for the very first time.”

Concert tickets for Seoul will be sold through Interpark starting at 6 p.m. Friday.

The group, which debuted in 2016, currently consists of three members: vocalist and guitarist Hwang So-yoon, bassist Park Hyun-jin and drummer U-su. The group’s latest song is “joke!”, which was released last November.