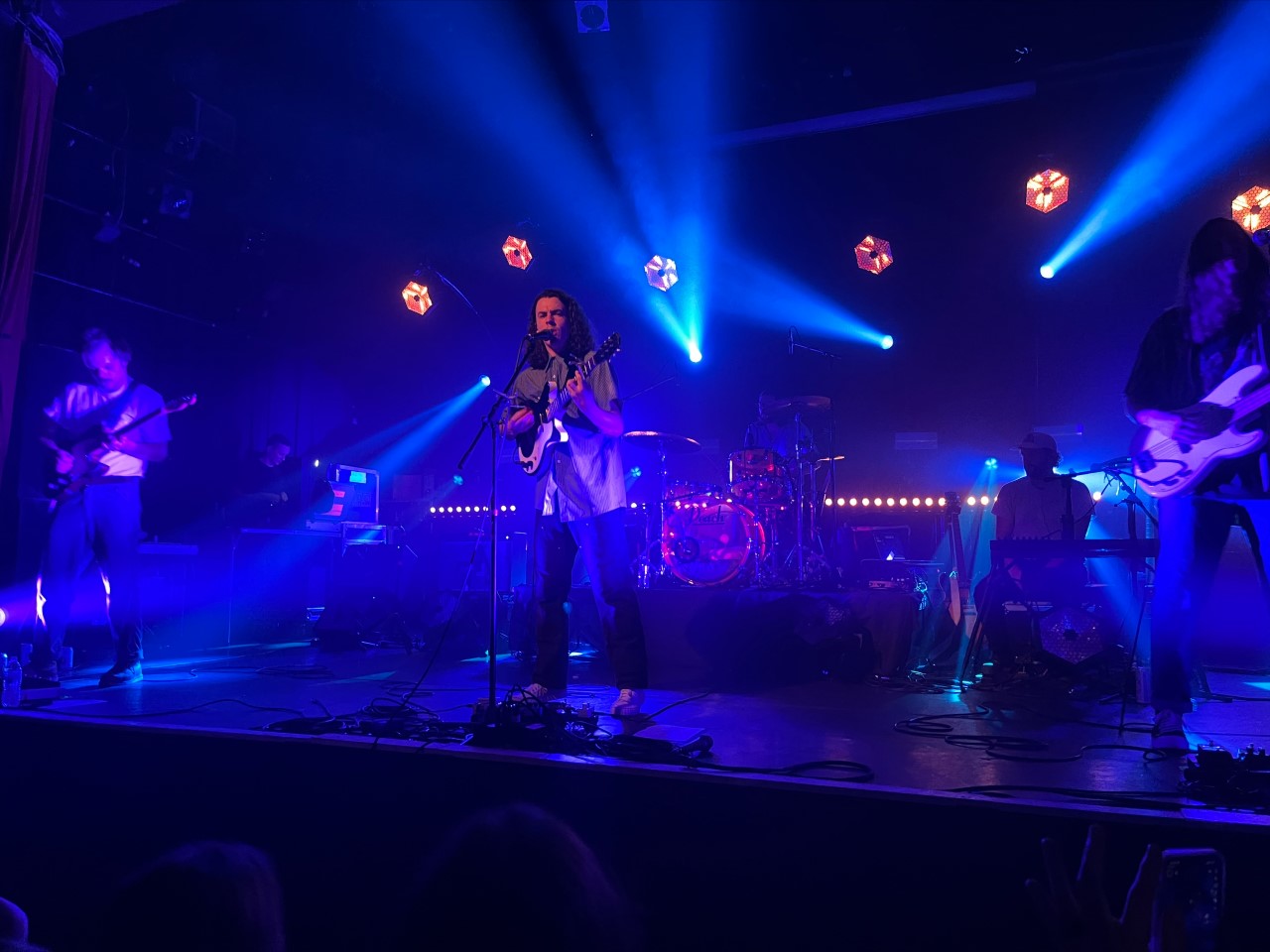 Seeing Peach Pit made me feel like I was watching a garage rock band playing for their friends, but in the best way.

Bogart’s, a club with a capacity of about 1,500 people, made the concert itself interesting.

Upon entering the establishment, you see a brick wall that every artist who has visited the place has signed. An incredible number of famous artists have performed on this stage: Elton John, U2, Ray Charles, Radiohead and many more. It was amazing to imagine each of these huge figures on a stage just 20 feet away.

In the presence of all this greatness, Peach Pit and their opener, The Districts, had a lot to do.

The Districts weren’t announced as the concert opener, and to be honest, I don’t know if I would have recognized their name even if they had been.

However, they started with the only song of their own that I know of, “Long Distance”. They made the most of the time they had, and the performance made me want to listen to more of their music.

Districts have a fun sound. They love playing with pedals to create unique tones for each of their songs. Their vocals are dreamy and subdued, in true indie rock style, and they actually have several songs that a lot of people seem to know, despite their low monthly viewership. If you like The Strokes, I recommend you check them out.

After the Districts played, the crowd got quite impatient. It was definitely kind of a mosh pit night; Cincinnati is not missing out on Peach Pit fans. The best part is that the people attending the concert didn’t seem like the type you’d see pushing forward in Lollapalooza. On the contrary, we all looked like independent kids who were ready to watch this band sing about love and other drugs.

The Peach Pit lead singer wasted no time stepping off stage right after stepping on it. He ran from the backstage straight into the crowd and lunged at people in the middle. It was a very exciting start to the performance, to say the least.

I wish I could say they kept that energy going throughout the show, but it fell apart pretty quickly. That’s not to say they were boring to watch, but the band certainly didn’t channel that hard rock energy for more than an early song or two.

They played and sang like their studio recordings, but changed the music enough and improvised enough solos that you know they’re really talented and not just memorizers trying to get through a live show.

Live talent is something I absolutely demand from the artists I love, and Peach Pit has met that mark. However, I will say that they weren’t particularly captivating to watch. One of my favorite things about live music and going to concerts is when there’s a really engaging performer, which I think this show lacked.

The vibe of Peach Pit makes it seem like they were probably pretty popular in college, like their friends could tell they were really good at their niche, so they had a few roadies in their hometown. As Vancouver natives, it’s a little hard to see them as the “cool” guys they describe, although that doesn’t necessarily make their performance any less appealing.

I think despite the cool persona they’re trying to exude, they’re secretly – or maybe not so secretly, if you look at the turtlenecks on their album cover – they’re just a bunch of nerdy indie dudes who had nothing better to do in their spare time than make sick new music. Obviously they did well enough to quit their jobs and make a living that way, and I had a great time watching them do their job.