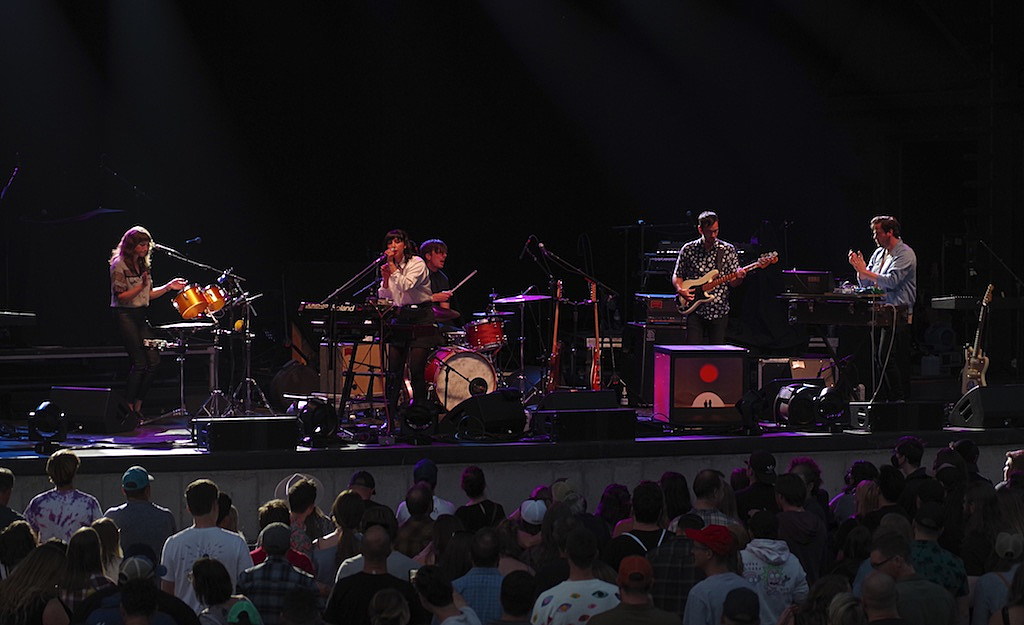 Almost two years ago, Jessica Dobson brought her band, Deep Sea Diver, to Top Hat. On the show, she shared her thoughts on music. “It’s hard to detach the spiritual element from creativity and there’s a healing element to music. Music is important because it’s a very messy world we live in. It is able to uplift us in ways that other things cannot.

It was October 2019. Soon after, it seemed like his music had died down. But like most musicians, Dobson was not silent. On the contrary, she and her husband, drummer Peter Mansen, continued to create new music.

Dobson’s career has taken his guitar on tour with Beck, Connor Oberst and The Shins. Clearly, she’s an excellent guitarist. She left The Shins in 2012 to pursue her passion: Deep Sea Diver.

Besides his guitar, his voice brings the passion of music alive and real. She brings a fresh sound to the world of indie rock with a slight psychedelic feel. “Lights Out” any other time would be about a personal relationship (and maybe that’s what she thought). But with the enforced Covid break, a deeper universal meaning emerges.

“The lights go out but my heart still shines

For once I recognize the pain in us

I swore not to look away

I hear the sound, I hear that voice ringing in my ear

I have nothing to fear”

When a group releases a new album, it becomes essential to promote it on tour. Deep Sea Diver were lucky enough to be asked to support Death Cab for Cutie on their last tour. This gives them exposure to a much larger audience who are serious indie fans.

Both are great guitarists who have rocked and are rocking the Seattle music scene, a movement that must once again influence the rest of the country. Indie rock is alive and well and Deep Sea Diver will continue to be a defining influence.