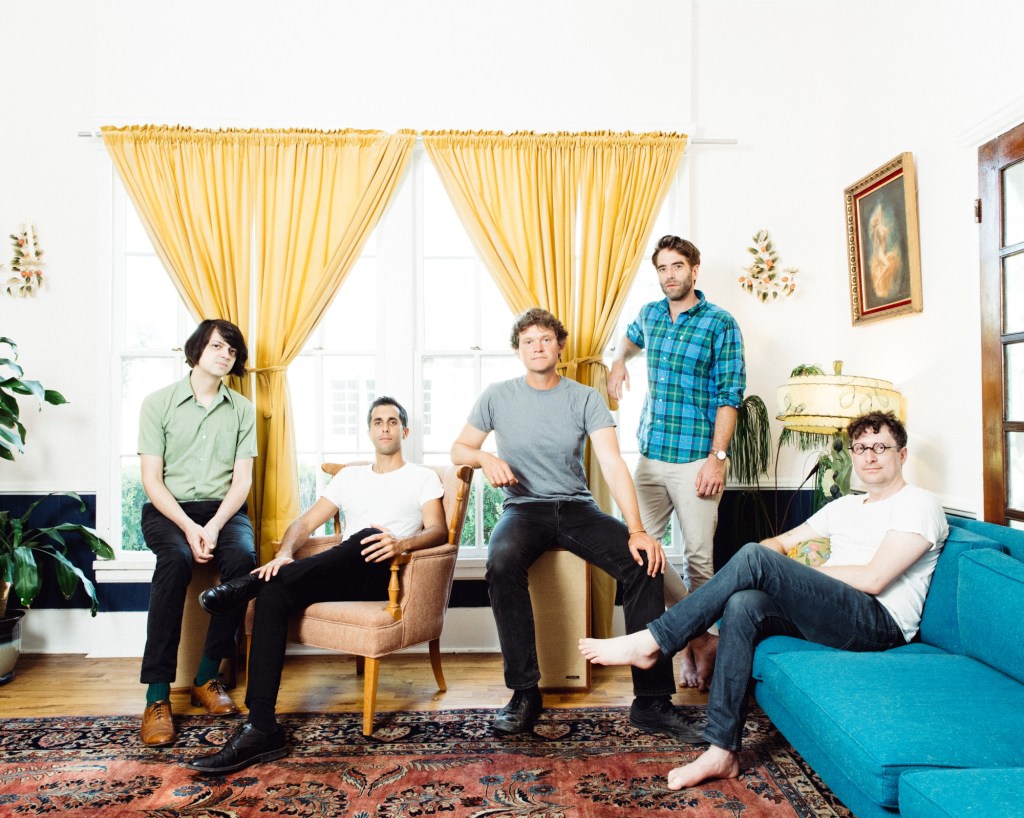 Every time indie rock band Voxtrot took the stage, they forgot how to play their songs, no one recognized them or no one had ever heard of them.

These scenarios weren’t real, but were part of Voxtrot singer Ramesh Srivastava’s recurring nightmares of what would happen if the Austin, Texas-based band reunited after nearly a dozen years. The nightmares left Srivastava to ponder their meaning until one day those nightmares became a little less dark.

“When I had the right version of the dream, and it was the feeling of love, and that feeling was so good that it was just unmistakable,” Srivastava said in a recent phone interview. “I knew in my heart exactly and automatically what it meant.”

This positive turn is what led to the reunion of the quintet, who originally called it, in 2010. Voxtrot is currently on tour and will stop at the Regent Theater in Los Angeles on Saturday September 24 and Echoplex in LA on Sunday September 25.

“What I’m most looking forward to are the times when we’re on stage, when we’re really into it, when the audience is really into it, and that magical moment that can’t be defined in words,” Srivastava said. “I’ve had it so many times with Voxtrot and it’s such an amazing feeling.”

He compared the group’s initial split to a romantic relationship in which the love simply faded, whether due to unmet expectations, stress, or the inability to grow together.

“I felt at that time, for our individual growth, that we all should not be in Voxtrot anymore,” Srivastava explained. “The force that propelled us into this situation no longer propelled us and we had to go our own ways. But now it feels really ripe for me to get back together in a way that I didn’t before.

Each member of Voxtrot embarked on a distinct path which involved joining or starting various musical projects, including Srivastava, who embarked on a solo career. Srivastava said he hoped getting out of Voxtrot would help spur label interest, but it was a struggle. His debut album was partially funded by a Kickstarter campaign, but it became apparent that starting a solo career from scratch had its own set of obstacles.

“It was tough for a long time,” he said. “I had to go back to ‘normal jobs,’ which for me was working in restaurants, teaching and rediscovering my love of music and really getting into it outside of the public eye.”

Srivastava said talks of a reunion have taken place at least once a year for the past seven years. Different members of the group were for or against the reunion, but he admits that he was mainly the one who opposed it, due to his solo career. He felt it didn’t make sense to do both simultaneously.

“After the dream of when it was so good, suddenly this idea of ​​what it means to be a solo artist versus what it means to be the vessel of music through Voxtrot didn’t feel so different to me,” said he declared. “I was just grateful to have put all the songs in the world on any medium.”

Another aspect that led to Voxtort’s reunion was the internet. Srivastava said he would scroll through social media to gauge interest from the group. He went through the Voxtrot hashtags and was surprised to see a new generation of teenagers covering their songs and people with Voxtrot tattoos. A reunion would never have been possible for a band like Voxtrot, Srivastava said, without the current state of streaming music and how it is consumed.

“It’s a pretty crazy thing because we weren’t a known band,” he said. “So it’s just amazing that he can survive thanks to the internet, where that relationship with the public is still there despite our silence.”

After reuniting the group and everyone on board, Srivastava said they weren’t sure how it would work, which prevented any immediate excitement. It wasn’t until the band started rehearsing again and dug up their archived content that the sparks started to fly.

“The feeling of love between us has only grown over this time,” he said. “I feel like the reverence and excitement has built up in this really organic way over the past year since we decided to do this.”

Voxtrot also reunited with Annie Gunn, the photographer who photographed the artwork for their previous albums. They were trying to find inspiration for the cover of their two albums, “Early Music” and “Cut From The Stone” B-Sides & Rarities”, which contain remastered work as well as never-before-heard tracks until the release. albums this summer. .

The art was inspired by light passing through darkness and primitive discovery. Srivastava said it was meant to evoke the idea of ​​starting over. It was also partially inspired by the coronavirus pandemic. As the pandemic has changed the way the world works in a new way, for better or for worse, Srivastava views it positively and translates it into Voxtrot’s music.

“I consider myself an eternal optimist,” he said. “It may seem hopeless indeed, but each person must take personal responsibility to grow the light in themselves and others.”

As the band wraps up their reunion tour, Srivastava said he wasn’t sure what’s next for Voxtrot, but he felt good in the present.

“I really can’t say at this point what’s going to happen,” he said. “I feel that whatever happens, the energy of the concerts will be great, and I feel the excitement between us as bandmates. But, as far as the part after that, I just can’t. Some days I wish I knew the answer, but I have to give in and rely on the mystery of life.