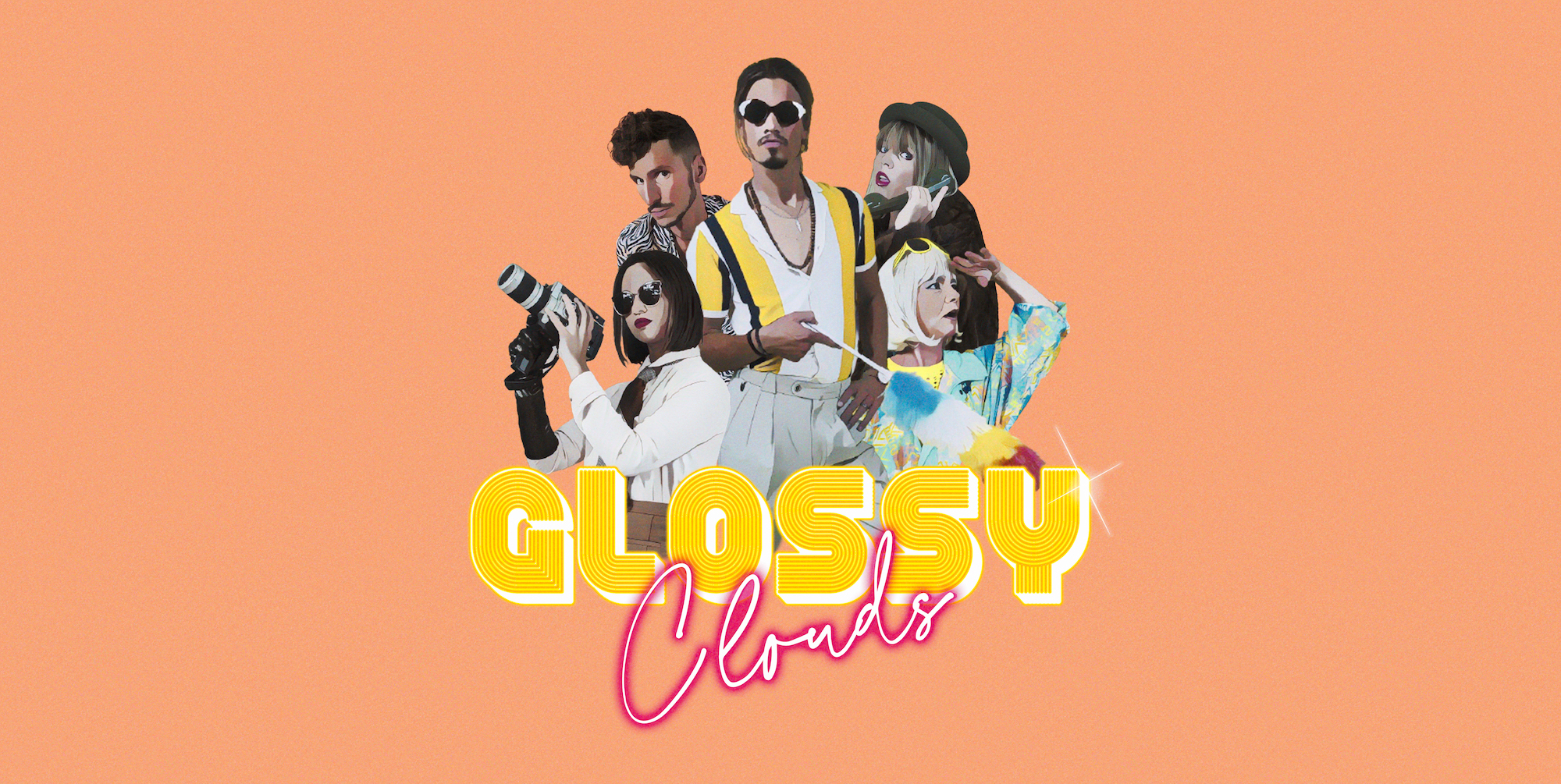 The Lyon-based musical collective release their self-titled indie-rock EP, which includes the track “Buy All That You Want”.

Indie-rock collective Glossy Clouds burst onto the scene with their first self-titled project. Describing their sound as “sparkling rock”, the Lyon duo and their backing singers offer infectious tracks that harmoniously combine the hyper-colored sounds of catchy pop with the captivating energy of classic rock. With chaotic tracks such as “Buy All That You Want” leading the way, the band’s unique place in the industry has solidified, making them tracks to watch.

Talking about their latest project, the group went on to say, “We are very proud to be able to give a first glimpse of our project with this EP which represents us so well! Each title is in a way a facet of Glossy Clouds, with our ambitions, our rants, our dreams and our emotions. It’s a unique and indescribable feeling when songs we know so well, played and rehearsed so many times and worked on in the recording studio finally hit the audience’s ears as a new sound! It’s extremely exciting and incredibly empowering to create again!

Upon the release of their electric EP, the rising collective sat down with Wonderland for a chat about how they came together, the pressures of dropping a debut project, and their plans for the future. Head below to read our interview with Glossy Clouds…

Hi guys, how has this year been for you? What have you done ?
Hey Wonderland! This year has been quite surprising! We stopped our respective jobs to devote ourselves fully to the project, to work and compose tirelessly. The beginning of the year was hardly favorable to these ambitions, with limited travel, the cessation of musical events, the closure of rehearsal rooms. However, it was at the beginning of the year that we signed with our British label KWS Blank Canvas. This year marks a huge turning point in the life of the group!

With everything that happened last year, has your creativity been affected?
Since the creation of the project, we have been followers of the precept of “living beings, whoever they are, in order to be able to create in a relevant way”.
The global situation last year slowed a lot for many, but our creativity survived! In the end, it’s very inspiring to live such an exceptional situation!

How did you first meet and what sparked the musical interest?
It is Cecilia, one of our 3 Jérôme choristers and partner who presented us more than 10 years ago. A muse’s song played on the hi-fi system, and that was the meeting between two music lovers. A long and exciting evening followed, speaking of music, cinema, art, all accompanied by some peaty whiskeys and many cigarettes! There have been hundreds of evenings like this since! While our respective friends were in box, we preferred to listen Atom Heart Mother of Pink Floyd and talk about the infinity of the universe!

You’re from Lyon, do you think your region inspired your sound in one way or another?
The Lyon scene is very electronic, a style of music we appreciate, but we do not think we can not be influenced in any way by this geographical situation and its musical footprint. We are probably more influenced by the vinyls of our Father!

And now you just released your first EP! Tell us about your mindset to approach the project?
We are very proud to be able to give a first glimpse of our project with this EP which represents us so well! Each title is in a way a facet of Glossy Clouds, with our ambitions, our rants, our dreams and our emotions.
It’s a unique and indescribable feeling when songs we know so well, played and rehearsed so many times and worked on in the recording studio finally hit the audience’s ears as a new sound! It’s extremely exciting and incredibly empowering to create again!

As this is your first project, did you feel any pressure to live up to expectations?
As music lovers, we see that not everything can appeal to everyone, but we see that as a good thing. There is inevitably a small voice in our heads which wonders if the pieces will please, making sure that we do not miss the essential. But, let’s also note that if the music is created with sincerity, desire and passion, it has its place. We’re in our early days where we’re constantly evolving and have so much to learn, but we have a deep respect for everything we create and look forward to sharing those creations time after time!

Thinking back to the project, which song stood out to you and why?
This is a difficult question ! Perhaps “Buy All That You Want”, who has somehow marked an evolution in the sound of Glossy Clouds. Until then, we had a much more incisive rock garage duo!

What do you want people to take away from your music?
We like to create an atmosphere for each of our songs, bring them a color, an inspiration, a very marked or on the contrary more elusive atmosphere. Accordingly, we present a varied music that ranges from glam-pop to powerful rock through funk, soul or acoustic ballads. We would be so happy to be known for this eclecticism, for the sonic journey that we try to create.

What are your inspirations?
There are several, and not all of them are musical. We love cinema: science fiction, auteur films, social dramas, adventure. We are big fans of Quentin Tarantino’s cinema and his very strong visual atmospheres as well as his hilarious dialogues! Cinema plays a direct role in our creative process. It’s not uncommon for a movie scene, dialogue, or visual aesthetic to inspire a song or music video. The visual atmosphere of the group is very important.
When it comes to music, the list goes on. Arctic Monkeys, Queens Of The Stone Age, Pink Floyd, The White Stripes, Portishead, St Vincent, Muse, Tame Impala, The Kill. So many groups that have engraved our personality, and are now omnipresent in our personal and creative daily life.

What’s next for you? What excites you the most?
We have just completed a second studio session for the recording of our first album, which will be released in March 2022. This is an album that promises to be a real journey through everything we love and want to offer! We will also be playing our first concert at 229 London on Tuesday September 14th. It’s like a dream that we are going to perform on the stage of a country whose music has been such an inspiration to us. We really want to go as far as possible.
We take this opportunity to send a big thank you to our label KWS and our manager, Tim, for giving us this incredible chance to make Glossy Clouds shine even brighter!