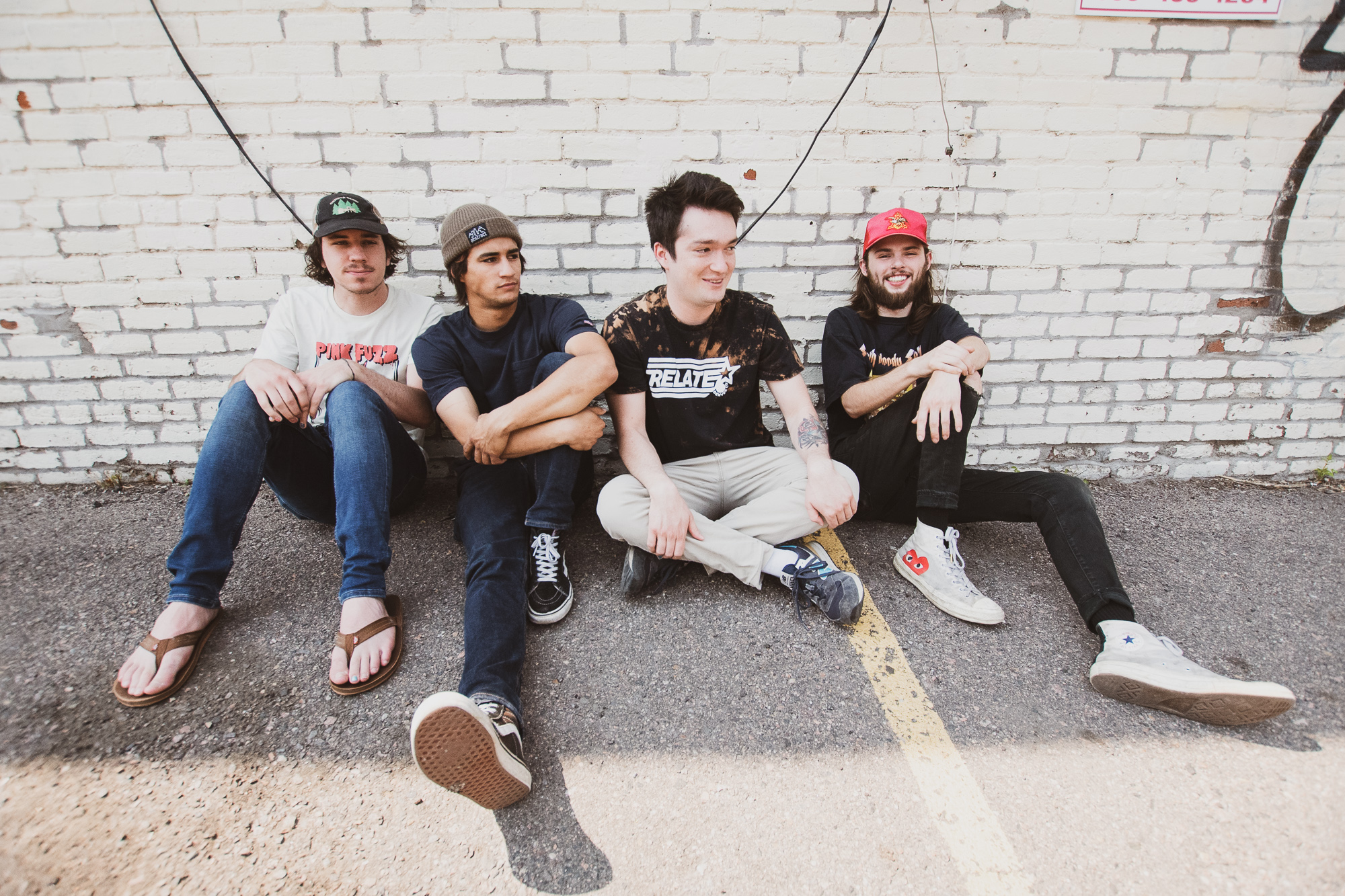 Focused on anything other than what he was supposed to be thinking about, a specific word slipped into Zane Deluccie’s subconscious during his psychology class that for some reason seemed to stick. Gestalt. The school of psychology focused on the idea that the whole is greater than the sum of its parts. Although Deluccie did not consider the meaning of the principle when choosing a name for his new band, five years later it turned out to be an apt description of the band he formed.

The four-piece indie rock band Gestalt is a great example of how the whole is greater than the sum of its parts. Each member of the group brings their own musical background, skills and influences to achieve a completely individualized sound. Deluccie on vocals and guitar joined by Xavier Robinson on drums, Cooper Dickerson on guitar and Riley Merino on bass, complete the four pillars of a band that is destined to become a household name in the Denver music scene.

Merino described the group as a “cosmic gumbo”, drawing on their respective influences and talents, the pieces of a whole that grow richer by coming together. “You know there are different influences from other sides of the board, Xavier and I have very parallel interests when it comes to influences for contemporary music, Cooper adds this classic pseudo-country rock and jazz sparkles with his guitar and Riley – we haven’t been able to write with him yet but I’m excited to see what he’s bringing in. He plays everything we all play but better than us,” Deluccie said.

Each member’s individual connection to music from an early age and being able to share those connections with each other early on has helped to strengthen the group and increase the quality of the music they create. Although none of the members grew up with musician parents (minus Merino, whose mother is a music teacher), they discovered their talent for the craft through their relationship with music as fans from their earliest days. young age. 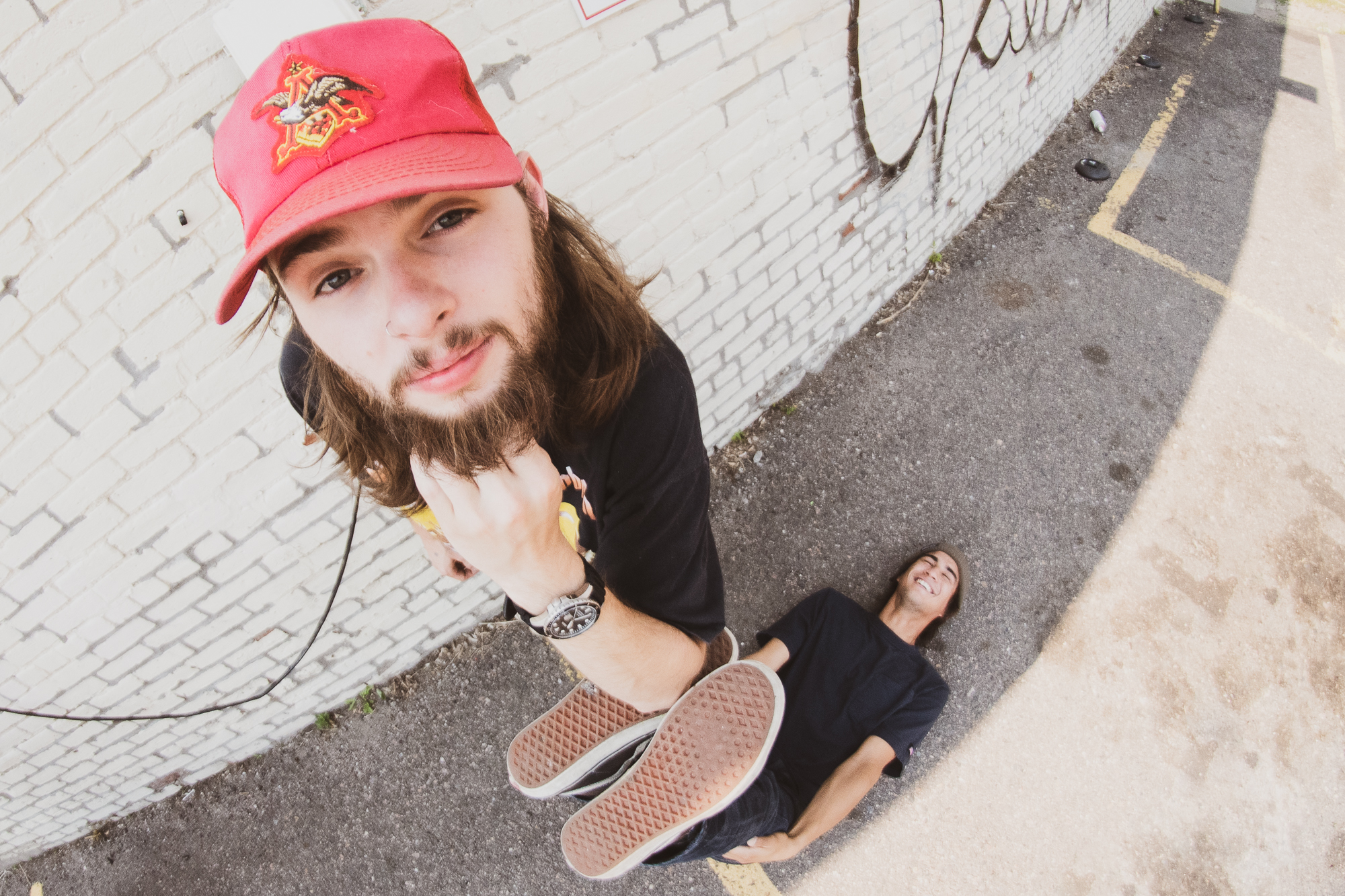 Both Dickerson and Robinson described separate times in their childhood when they fell in love with music and knew they wanted to dedicate their lives to it. “My dad showed me a VHS tape of the original Motley Crue documentary called decade of decadence“Dickerson explained. “I remember I had just started playing drums at the time and he showed me the specific scene of Tommy Lee doing this crazy drum solo in this spinning cage device. and I was like, ‘This is what I want to do forever’. it’s just the coolest thing. Robinson recounted Dickerson’s experience, recalling watching a specific performance by the Red Hot Chili Peppers that led him to the idea of ​​being in a band.

Just as they found their love for music early in life, the Gestalt guys met their bandmates by a twist of fate when they were younger. Deluccie and Robinson reconnected through music after years of being childhood friends, attending the same elementary school and attending the same birthday parties. “I had seen he was in that group,” Robinson explained. “I was so blown away and impressed. I thought it was just to do it, the fact that they had music on websites and everything. I could follow links to and see pictures of them that were like shit,” he continued, explaining. Robinson contacted Deluccie and the two decided to play together. “Literally, the day we went to play in his basement, we wrote one of our oldest songs and it’s been like glue ever since,” Robinson recalled. 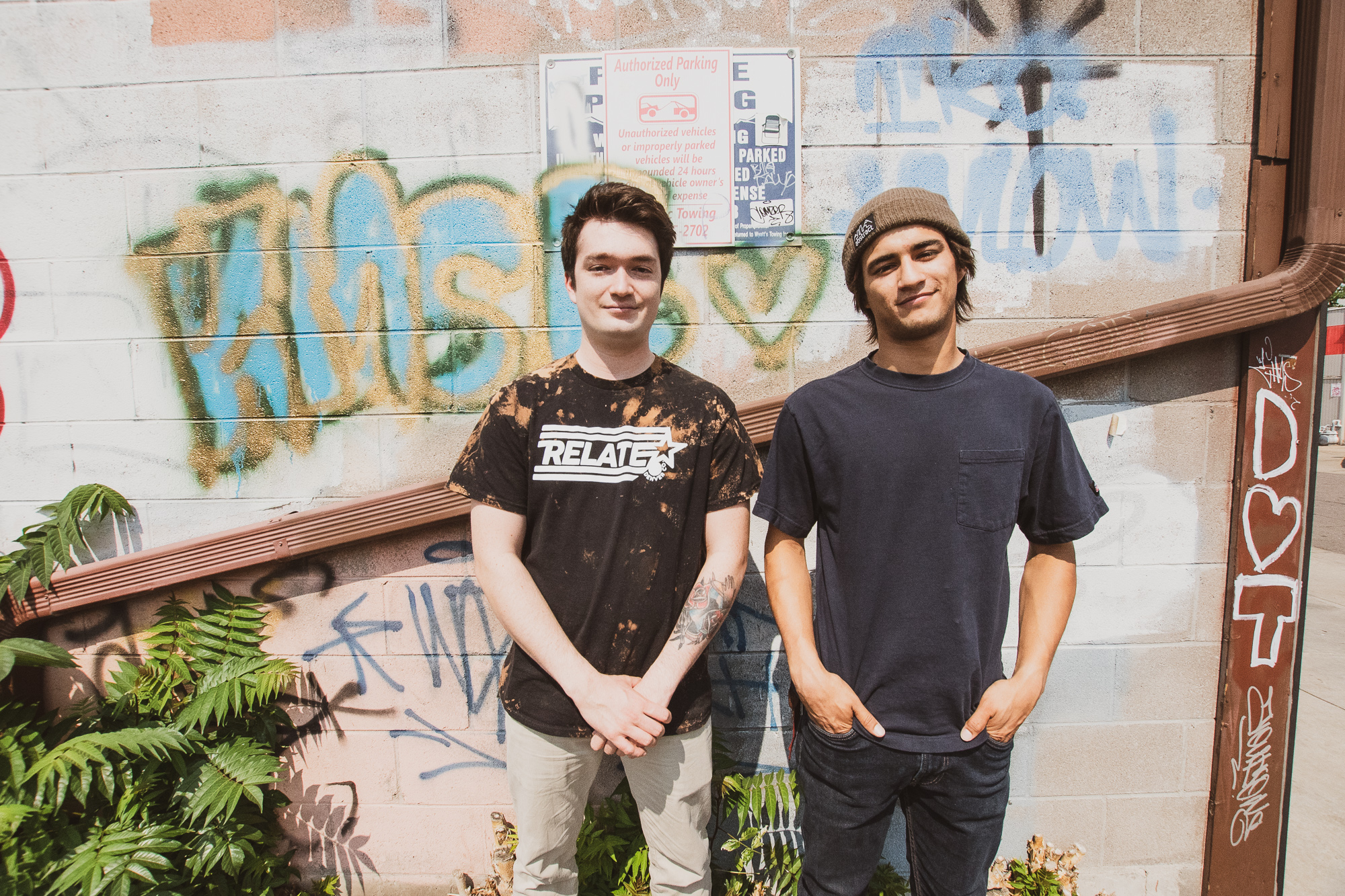 Similar to how Deluccie and Robinson were reunited, Dickerson later joined the group. After seeing the two play at a house show, Dickerson knew he had to join the band. “We have some of the DMs on our Instagram from Cooper around 18 saying, ‘Let me try please, please, please,'” Deluccie revealed with a laugh. others. “I was a very zealous kid,” Dickerson replied with a chuckle.

Merino is the newest member to join the group but describes how he too was drawn to the band’s musicality and chemistry when he saw them perform at Hi-Dive. “The energy was really cool,” he described. “Later, I started watching the recordings on Spotify. I was really amazed at how serious it was…I just felt like I really connected to it in a way that I don’t do with all other music. 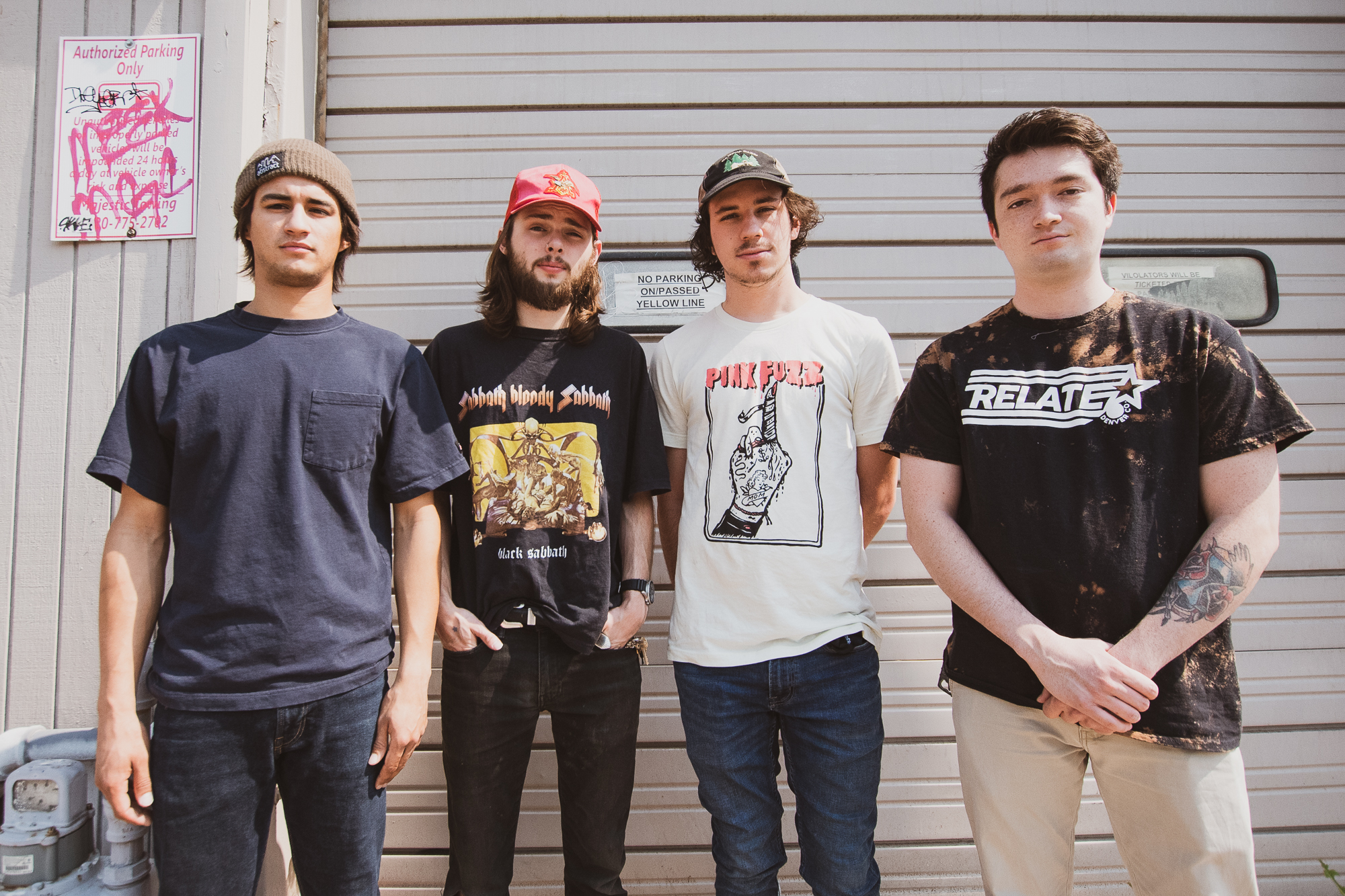 The other members agreed with Merino, attributing the group’s appeal to the honesty they put at the heart of what they do. In terms of songwriting in particular, Deluccie said, “I don’t like to talk about things I haven’t been through – it’s not fair to me and it’s not fair to anybody else. . You listen to music to get somewhere or escape something, you know.

With truthful and personal writing for each member of the band, Gestalt invites its listeners to engage and feel the love for their craft and their bandmates that they were able to harness in their music. “It’s almost as if I had found brothers by chance [and] unconditional love towards a project,” Robinson said. “They are [his bandmates] all really talented and they take their craft very seriously, but when we get together, all the seriousness pays off and we have fun doing these things that other people can cling to. Because at the end of the day, it’s a scary place and we all want that 30 minutes or an hour of zoning. 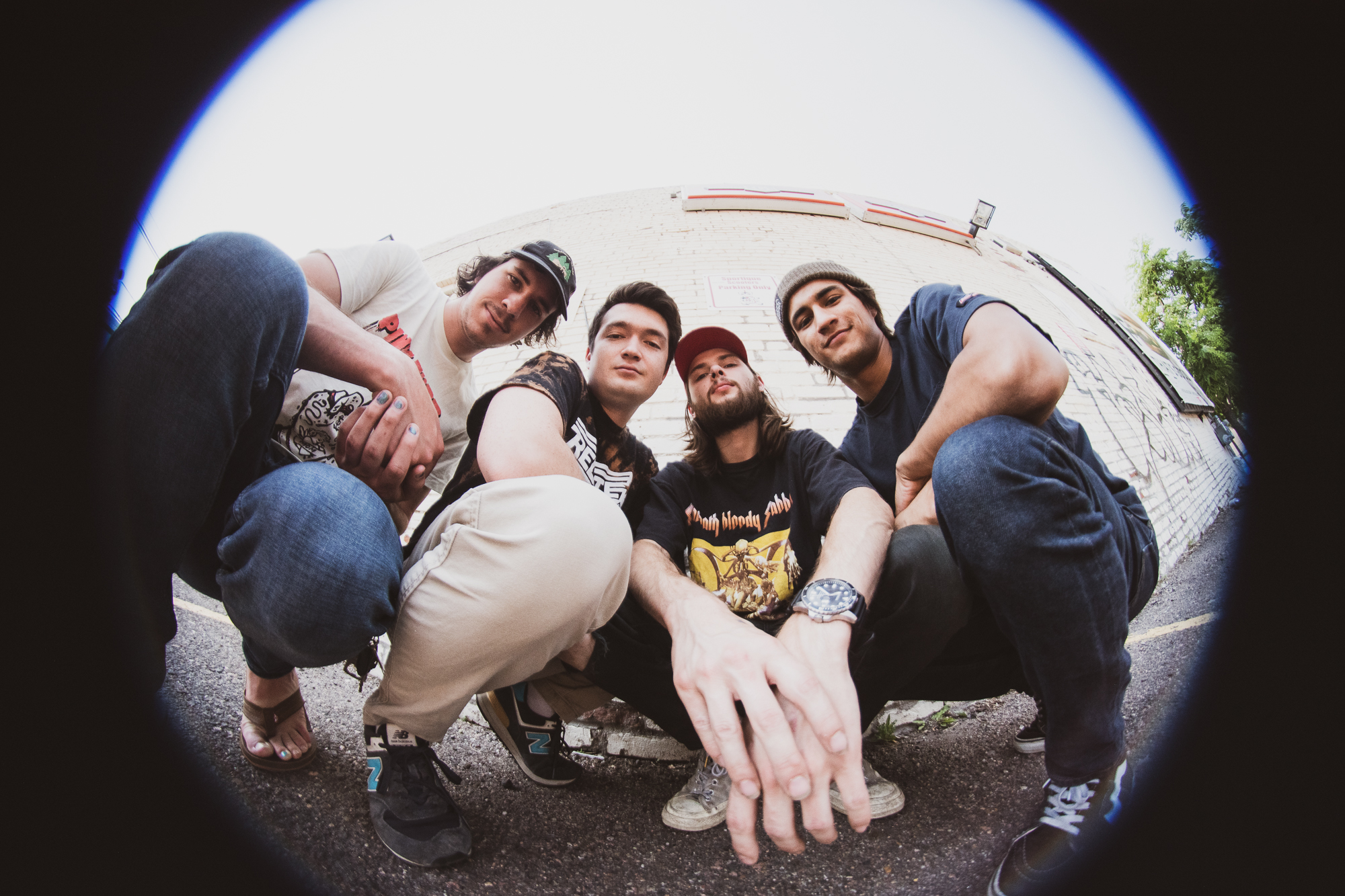 Gestalt releases its first EP JUST IN TIME earlier this year and hopes to release a full album within the next year.

All the photographs of Roxanna Carrasco