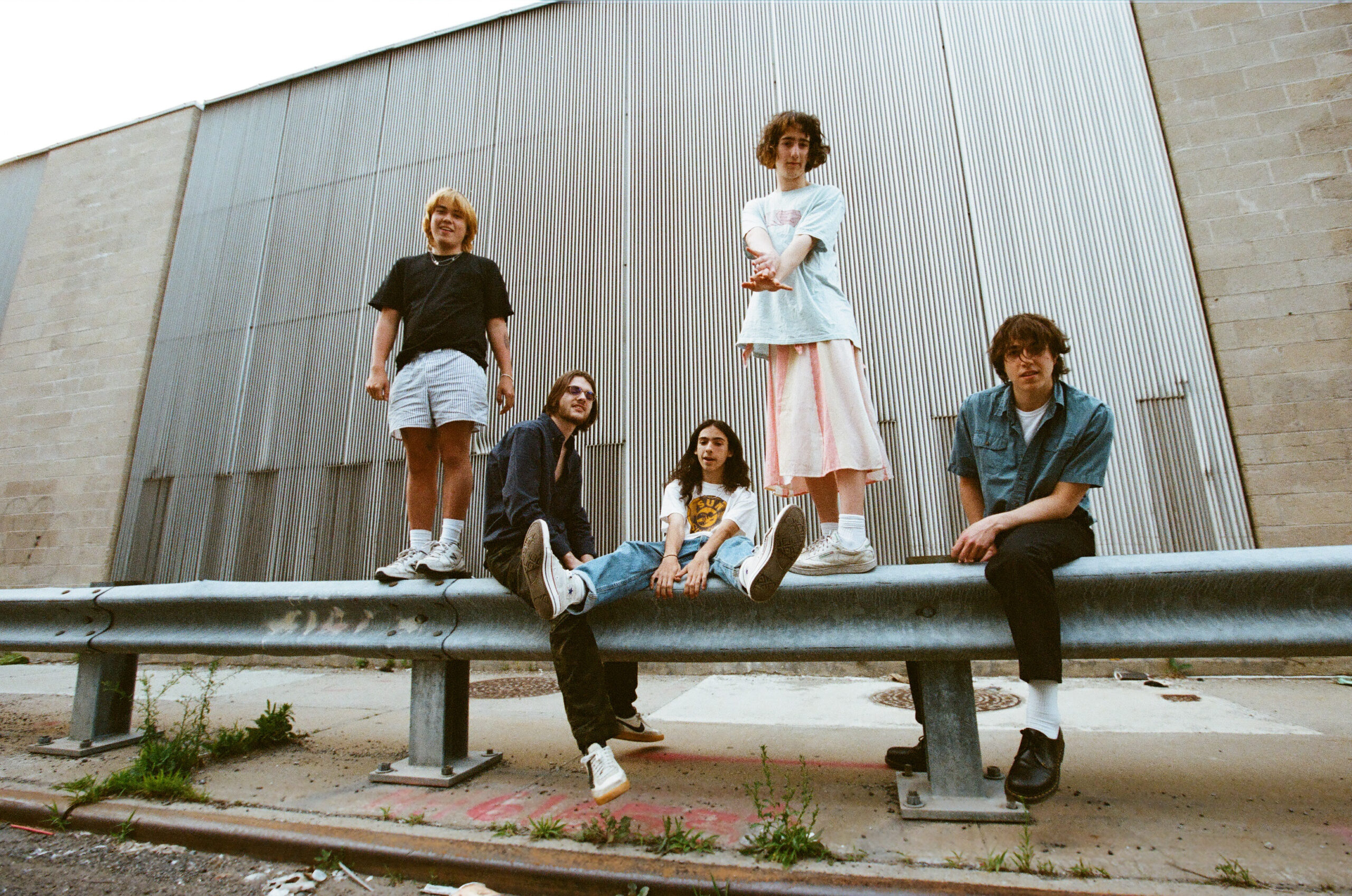 Two months ago, a new group from Brooklyn called geese dropped their debut single “Disco,” a six-minute flurry of crazy post-punk and biting prog-rock – imagine if The Strokes made a record of Yes – that left many indie fans wondering: What is this…and where can I get more?

The song hops and grooves, going through half a dozen distinct passages while reflecting the uneven rise and fall of a dysfunctional relationship. “You’re not scared of my anger anymore, so I don’t think it’s gonna work itself out,” frontman Cameron Winter sings with strong affectation, channeling Mark E. Smith and Mick Jagger of The Fall.

Above all else, “Disco” sounds urgent, a song that insists on being heard from its first high-pitched strum – just like the rest of the band’s upcoming debut album, a whirlwind, deliriously confident nine-track effort called Projector, which falls on October 29, they announced on Tuesday.

This immediacy, especially with “Disco”, was not manufactured.

So the version of “Disco” everyone is talking about was the first and only good take of the song?

But that’s life when you’re five teenagers in town, racking up as much after-school check-in time as you can before the neighbors tell you to shut the fuck up.

The band’s brief history is refreshing and organic; no TikTok superstar or YouTube virality. They all went to school together, formed the band as young teenagers, wrote songs, decided to record an album in Bassin’s basement – sneakers as mic stands, blankets draped over the amps – and bought it from labels, which soon fell on Geese.

In the spring of 2020, as the members wrapped up their last pandemic-ridden years at home, they met several independent favorites – Sub Pop and Fat Possum among them – before finally signing with Partisan Records (IDLES, Chubby and the Gang) .

“[Label founder Tim Putnam] gave us everything we asked for and he just expressed that he believed in the music,” says Winter, from Geese’s new Brooklyn headquarters, a crowded practice space they call The Nest.

Ambition returns several times while talking to the group, all five of them huddled around the Zoom call, inside jokes, finishing each other’s thoughts – clearly a unit. Ambition is why they chose “Disco” as their big intro.

A funky second single titled “Low Era,” released Tuesday with the album announcement, is dripping with the swag of a band without borders.

When asked what, if anything, brings the record together, Winter laughs, “Just angst, I don’t know.”

Geese has only played two shows since releasing “Disco” and was thrilled to see that some people were familiar with the single.

But due to their youth and ambition (again) to grow as musicians, they are already writing the next record, which may sound completely different from their upcoming debut.

“We really change all the time because we get bored with certain sounds very easily,” says Winter.

So before anyone even heard Projectorthey are already on Geese 2.0?

All the guys nod.