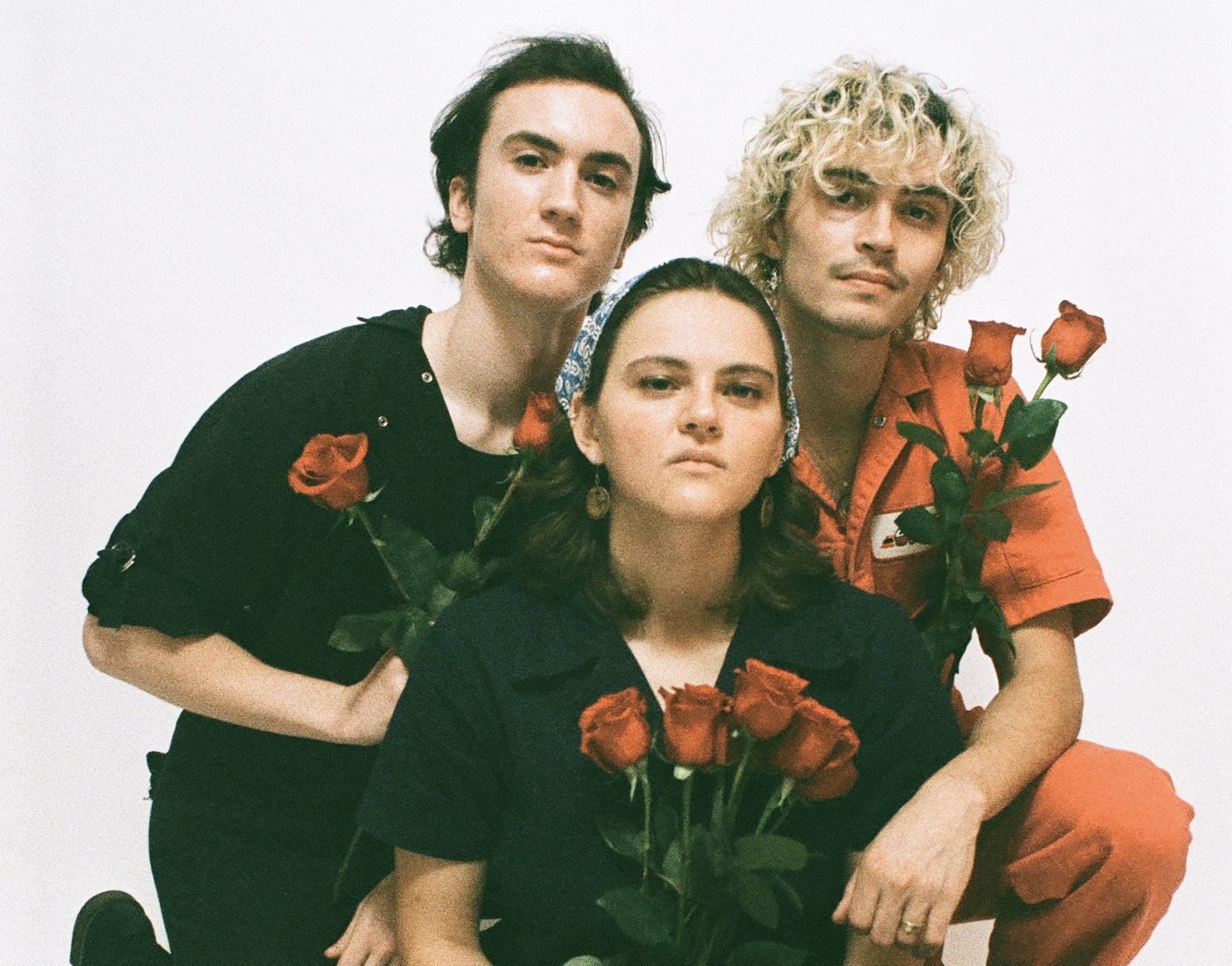 After his band nearly sold out Beat Kitchen in Chicago in February, Friko frontman Niko Kapetan found his time spent hustling was paying off. He had worked to make a name for himself as a musician since he was a student at ETHS – the parents of charming friends to let him organize concerts in their backyard, dropping off letters to neighboring houses to thank them to bear the noise.

Four years later, he stood and watched the wall-to-wall crowd sing his words. It was a scene Kapetan had been waiting for for a long time. The show affirmed for him that the compositions he forged from his experiences spoke to something bigger than himself. It also proved, once again, that the indie rock band, which includes Bailey Minzenberger and Luke Stamos, can get a crowd dancing.

The pandemic had made playing sold-out shows a pipe dream. After a year of live broadcasts, performing for virtual audiences, Friko has prioritized his return to the stage. The band made a name for themselves performing in Madison, Wisconsin, Minneapolis and other Midwest locations. Most weekends, Friko performs at Chicago venues like the Golden Dagger, Empty Bottle, and Schubas, building a loyal fan base as a fixture in the city’s music scene.

Recently, the members of Friko sat down in their living room in Rogers Park, chatting about their music-making process and group dynamics. The trio said they were looking to maximize their sound as a three-piece band for live audiences. They’re excited about their recent additions of distortion and layered backup vocals.

Stamos joked about dressing up as Yo La Tengo on stage, citing the veteran three-band’s influence on creating depth to their songs with limited instruments. Friko spices up its performances with strategic stompboxes and monitors, sonic elements that help build the “wall of sound” during live performances.

Minzenberger added that they recently started playing with rhythmic improvisations to hold the quieter sections of the songs. Each member brings a distinct touch to the music, but on stage they merge into a single entity.

Non-musicians might imagine the process of creating music as methodical, the result of concrete steps. However, the members of Friko describe a process that borders on the mystical. Minzenberger said their performances felt like a group meditation, with band members turning off the analytical part of their minds to feel the energy of the piece and stay in touch with the presence of the other members on stage. For the group, it is an effort of the body and the unconscious, not the work of an ordered thought.

Back in high school in Evanston Township, Kapetan had frequent panic attacks and he confided to his mother that all he wanted to do in his life was make music. He graduated in 2018 and decided to pursue a Bachelor of Music degree at Columbia College. It didn’t sound right to him either, and he dropped out after a year of classes to focus full-time on his own music. In the fall of 2019, after the first summer detached from an academic institution, Kapetan published Burnout, a collection of demos written throughout his high school years.

For Kapetan, the album provided a sense of closure for this period of his life and his early experiences in creating music. Looking back, he knows how much his sound has grown since that demo album due to his own growth and collaboration with his band members.

The trio cite a host of past and present shared experiences that connect them. All three are ETHS graduates (Kapetan and Stamos in 2018, Minzenberger the previous year), have families living in Evanston, and now share an apartment in Chicago. The group has recently started collaborating with ETHS seniors Alejandro Quiles and Molly Ferguson, who sometimes play cello and violin at concerts.

For Kapetan, an emotional purpose drives the production of each song. This process seems as much to ease as to create art: he describes a restlessness that pushes him to work on a chord progression, which eventually turns into a full guitar part.

Sometimes, he says, he sings a piece from one of his musical influences, reworking the melodies and pairing his own lyrics with songs he admires. The process is a way to release the stories, emotions and obsessions he didn’t know he needed to express. At first his effort was private, then later open to contributions from Stamos and Minzenberger.

The results are layered orchestral melodies that connect with hard-hitting percussion to rock the audience. As visceral as the music is, the lyrics are cerebral, drawing sensory images in the mind of the listener. The smell of chalk in a deserted street, the rain falling through an open window and the dancers, ballerinas in particular, are the objects of Kapetan’s fascination.

In the band’s latest EP, Every time forever, Friko balances universality and intimacy. Listeners can step into the music with their own memories and hang on as Friko’s world expands around them. Over the course of five songs, Friko explores the end of love before it has a chance to begin, the frustrations of early adulthood, and how passion can be painful to bear.

Kapetan said he always believed he would make it in the music business – because, he said, he needed it. This conviction may be necessary to maintain the intense self-discipline and drive required by the pursuit of music. At this point in their journey, the members of Friko are able to look back on their starting point and appreciate the enormous strides they have taken through their commitment to craftsmanship and deep love for music – and for each other.

Roundtable readers who want to experience a live performance by Friko can attend a performance on May 3 at the Sleeping Village and a solo exhibition by Niko Kapetan on May 6 at the Red Room. Two recordings, Burnout Beautiful and Every time foreverare on Spotify and Apple Music.