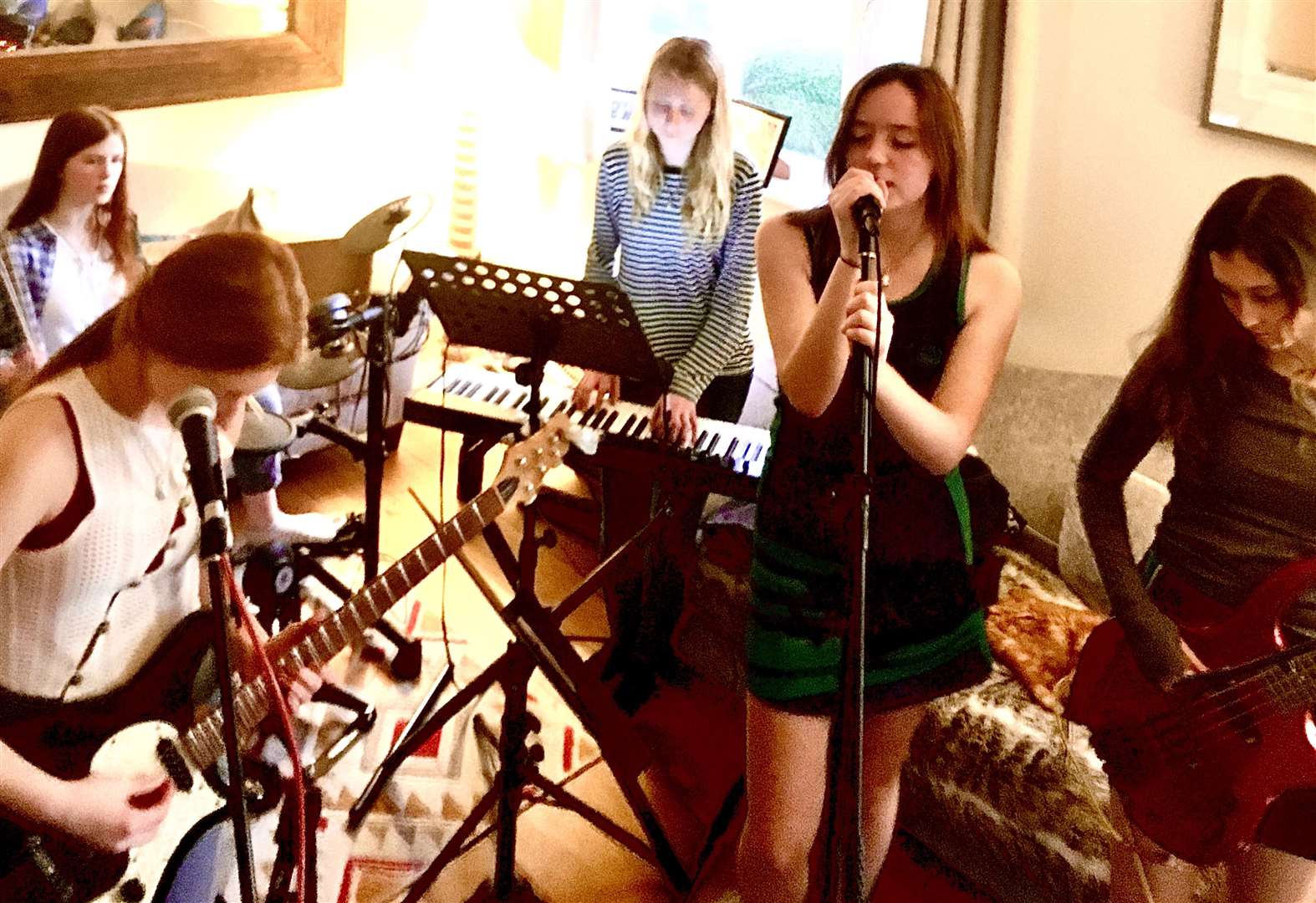 An all-girl rock band who formed in primary school has been shortlisted for two awards – including the Kimberley Rew Award for Songwriting – in this year’s Cambridge Band Competition.

Paper Grenades are a quintet who met at Dame Bradbury’s in Saffron Walden aged just seven and eight. Lead singer Isla joined the group later, but they are now all in school together at Stephen Perse in Cambridge, where their musical talents are nurtured.

The girls, now 13 and 14, count the Foo Fighters, Green Day and Guns ‘n’ Roses as their musical influences and are already taken seriously with their live performances and songwriting ability. And there was great excitement when the band were recently “retweeted” and liked by Blondie drummer Clem Burke.

During confinement, the girls wrote their last song toxic friend, who was named following their live performance at Cambridge’s Portland Arms took place earlier this year and is now available on Spotify. They were also shortlisted for the public vote award.

In a Zoom interview with the India, the girls, who all live in Uttlesford, spoke about their nomination, how they came together, their love of music and their plans for the future.

Isla (vocals), Robyn (guitar), Scarlett (keyboards), Charlotte (bass), and Freya (drums) enthusiastically discussed their young beginnings as a band. “There was a group competition at Dame Bradbury and one of the teachers said we needed more girls so we said, ‘Let’s do it,'” Freya said.

Isla added, “We then met Isla in 7th grade and we knew she was a really good singer.”

The confinement made rehearsals difficult, but with the help of their parents, they managed to set up training sessions via Zoom. “We had a pretty good way of recording stuff in a garage. It was kind of hard to let everyone know what deals we were doing, but we managed it.”

They practice together every Thursday night at school and are busy working on new material.

“We get a lot of tutoring and our friends listen to our music,” Freya said.

“And our teachers are really trying to push us forward in more competitions,” Charlotte said.

It’s clear the girls are excitedly discussing that they’ve formed close friendships and a strong bond and are looking forward to getting out and playing more.

The final of the Cambridge Band Competition will take place on May 5 at Cambridge Junction. All finalists will perform at the city’s Strawberry Fair on June 11.

The songwriting category they are nominated for is named after English rock singer/songwriter Kimberley Rew, who is best known as the lead singer of Katrina and the Waves and for writing their hits. Walking under the sun and love shines a light, which won them the Eurovision Song Contest in 1997.

As for what the future holds, the girls are convinced that education is important, but music will remain a passion.

“Our goal is to grow and become the best musicians we can be and build a portfolio of songs,” Freya said.