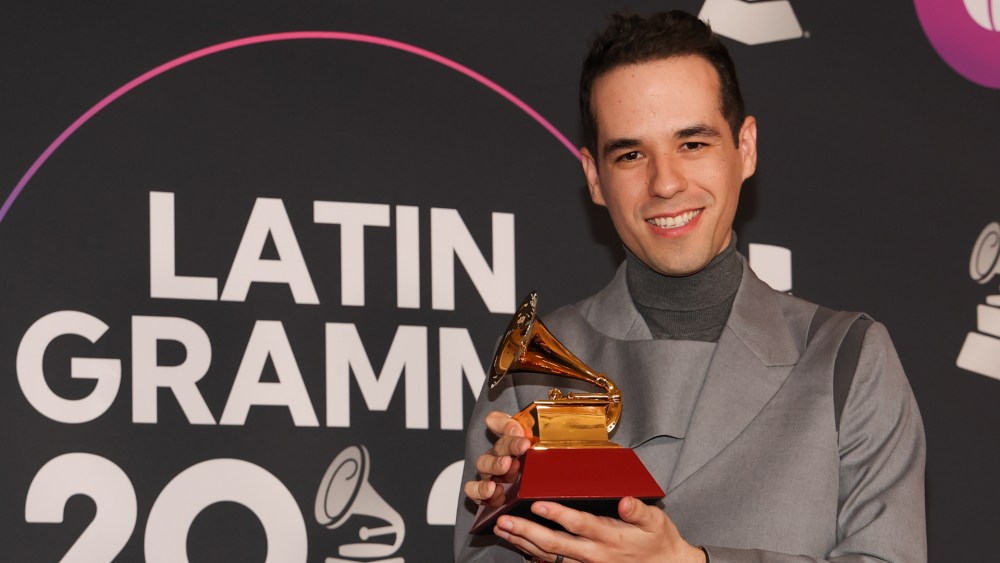 Mexican songwriter and producer Edgar “Edge” Barrera won again at this year’s Latin Grammys for Best Regional Mexican Song for the track “Como Lo Hice Yo,” which Barrera composed for performers Mattise and Carin Leon. The accolade is one Barrera has received four times previously for songs like “Aqui Abajo”, “No Te Contaron Mal”, “Vale La Pena” and “Todo Tuyo”.

But despite winning 20 Latin Grammys and an American Grammy, the 32-year-old artist has continually struggled to be recognized outside the generic confines of Latin music, he revealed in a behind-the-scenes interview with Variety Studios, presented by DIRECTV at the Latin Grammys.

“What I try to do with the original Mexican [music] right now it’s taking the word regional out and doing Mexican music where we’re not classified as something,” Barrera said.

“At the end of the day, we’re always fighting and trying to get a spot in the main categories, which are Song of the Year, Record of the Year, and Album of the Year,” Barrera said. .

Barrera frequently collaborates with Nodal, another Mexican singer, and their 2021 track “Botella Tras Botella” was groundbreaking in subverting public perception of Mexican music styles in American spaces. Even still, he didn’t receive a Grammy nomination at the time.

“The success we had with ‘Botella Tras Botella’, we broke every record there was for an original Mexican song – it was the first [Mexican] song to be on the Billboard Hot 100, for example, and we didn’t get a nomination for it,” Barrera said.