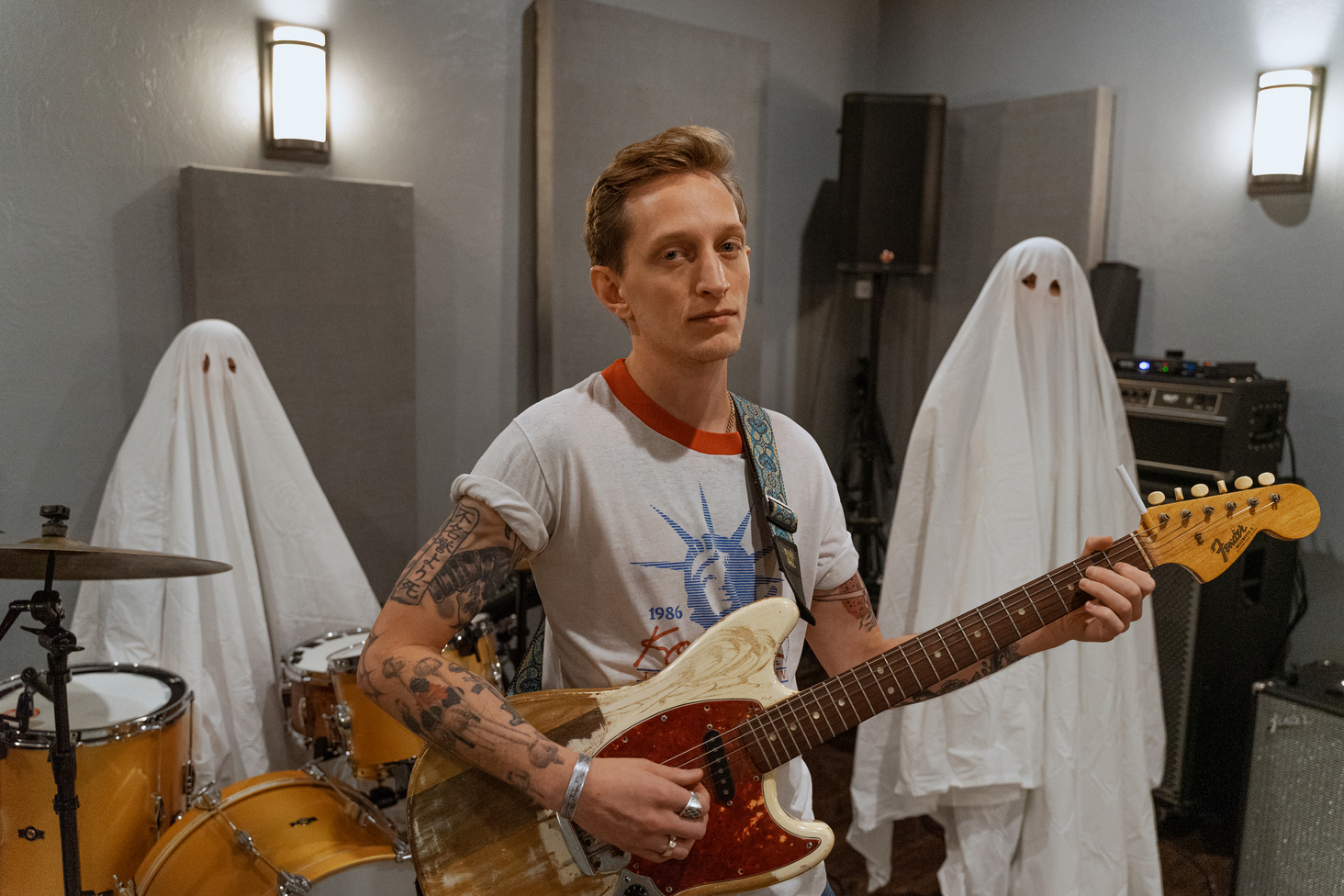 Originally from Norman, Oklahoma, Joan different are not a band preoccupied with passing fads or elaborate musical facades. They offer indie rock filtered by nervous energy and punctuated by resounding guitar lines, a roar reminiscent of bands such as The Strokes or Arctic Monkeys. But there’s an underlying disregard for genre conventions that provides a foundation for experimentation within the band, allowing for wild forays into the dark corners of countless rock and roll stories.

The group will release their first album, Rooms, on September 15, and he finds them blurring various genres until the sounds are nothing more than frayed edges and worn contours. Led by vocalist-guitarist Ian Roberts, the band sought to craft a record that would feel timeless and effortlessly wear the mantle of decades of rock music. The resulting collection of tracks offers classic rock sounds filtered through modern production techniques, giving each song an authenticity and personality worthy of their predecessors.

On the new single, “Let’s Get a Drink,” Roberts and the band wade through acres of astringent guitars, freight train percussion, and vocals wandering around at 3 a.m. looking for an open bar. He’s edgy and fierce and maintains a direct line with his rock and roll background. Despite the song’s buzzing beats, there’s an underlying rumble of post-punk attitude, with the band offering smirks and middle fingers as they run through melodies expressed in edgy movements and filtered through different levels of deconstruction.

“This song is kind of a true story about growing up and having a crush on a girl who’s older than you,” explains Roberts. “Specifically, I fell in love with the sister of one of my best friends and her friends who were maybe 4 or 5 years older than me. In the simplest form, it’s about me being older now as an adult and the possibility of asking them out.

Directed by Ian Finneran, the accompanying video follows the band as they spend time recording their song in a studio, then having a drink in a bar. It’s a loose and shaggy performance clip that highlights the band’s camaraderie while giving us a glimpse into the inner workings of their collective musical creativities.

Watch the video below.