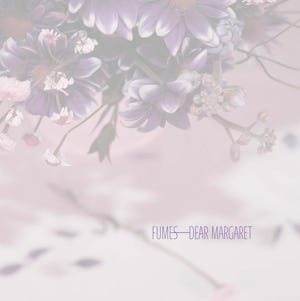 The long time project from Columbia songwriter Lou Nevins, the band delivers emotional range, rich characterization, and quotable lines of dialogue in each three- or four-minute strip of music.

According to Nevins’ aesthetic, these recordings fashion a dynamic, almost classical sense of pop song with jagged edges and dark lyrics. Think Lambchop, a Midwestern version of Belle and Sebastian, or Tom Waits minus the gravel.

“Dear Margaret” relies heavily on the sublime voice of Stella Peters; his voice possesses a kind of tired romanticism that recalls the best nightclub singers while adapting to the poster of rock ‘n’ roll.

Opener “Anthony” gives Peters’ vocals a smoky bar band feel, accented by Travis McFarlane’s dazzling piano leads. Regret, longing and Nevins’ bass-driven grooves propel these songs to the final climax “You and I”, a duet between him and Peters.

Between these bookends, the sharpest moments of “Dear Margaret” arrive with “Memory Street”; first, Peters bravely delivers Glaspy’s verse “The record skips but I let it play / But I hear your voice calling out my name / And I tell you to go back / Wherever you’ve been” before Nevins immediately responds with a guitar howl.

Then, at the end of the song, she hits the phrase “I times” no less than nine times as part of the line “I’m trying to remember all the times it took me forever to forget”. Such repetition not only emphasizes the record skipping pattern; it gives new meaning to each invocation and builds a kind of collective gravity.

“Too Many Ghosts” is somehow both more ambitious and tighter. “Harry, You’re Sweet” starts the set off in a fancy way; a rich horn section made up of local actors adds punctuation and color to this moving piece of folk-rock.

One of the highlights here, “Beautiful Dreamer” lives on the smarter, livelier side of the ’90s rock dial, with Nevins holding court and rolling out romantic intentions over nimble guitars.

McFarlane’s playing molds the closing verses “On Your Birthday” and “Place in My Heart”. On the first, he lays enveloping organ passages over the rocksteady playing of drummer Andy Rehm of Hooten Hallers; on the latter, his bar piano and covered organ help Fumes rock 3½ minutes of dance music for a pair of depressed lovers finding their way together.

Nevins and Peters exchange and weave terrific lines — his “You’re Just Too Big For This Mid-Size Town” might be the better of the two EPs — on their way through a rich but resigned love story.

“Too Many Ghosts” sounds like a who-who of mid-Missouri rock with McFarlane, Rehm, guitarist John Galbraith, string player Molly Healey, bassist Brock Johnson and others joining this deep bench of horn players to help to realize Nevins’ musical visions.

Although short-lived, both of these offerings are far-reaching; Nevins and Co. provide musical satisfaction while igniting even greater curiosity with their poetry.

Find more works of the group on https://thefumes.bandcamp.com/.

Aarik Danielsen is the Features and Culture Editor for Tribune. Contact him at [email protected] or by calling 573-815-1731. Find him on Twitter @aarikdanielsen.