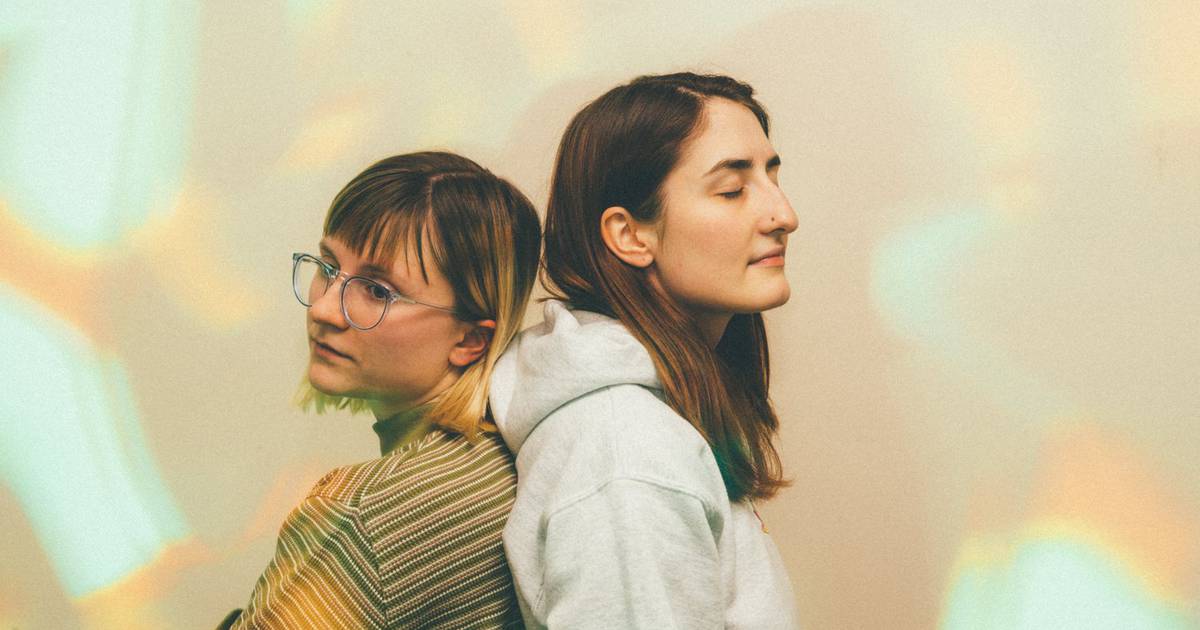 “The whole adventure of this band, the idea of ​​this band anyway, it’s still pretty new,” said Bridget Stiebris, one half of indie rock band OK Cool. Stiebris, along with fellow band member Haley Blomquist, only started creating music for the band two years ago. But the two have accomplished a lot in a short time, including releasing a string of stellar singles that capture an innocent DIY spirit full of future promise. Their latest album, the two-track “Songs From the Spare Room” released in February, is their most accomplished to date.

Some of this is not surprising. Stiebris and Blomquist entered the music business with formal training. Both were part of local music schools, the Rock Academy in Downers Grove and the El Rey Music Center in Arlington Heights. And it was their musical training that ultimately brought them together when the owner of Blomquist’s music school decided to start an all-female cover band.

After a few line-up changes, Blomquist found Stiebris on Facebook. “She hit me first because I had a guitar in my profile picture,” Stiebris admitted. “Like we never spoke or anything.” Not content to focus on “one thing long enough”, Stiebris was in the process of learning to play the drums when the two met. Originally turning down Blomquist’s offer to join the band, Stiebris eventually joined the band when a drummer was needed.

“It was really good. We were hanging out in the summer. It was a good place to hone your skills and figure out that part,” Blomquist said. Prior to OK Cool, the two were also in a band called The Weekend Run Club, but it wasn’t until 2020 that they started writing songs together officially as OK Cool.

“And we’ve made a few records now, but I really feel like we’re still figuring it out. And it’s kind of a fun feeling,” Stiebris said. “Like, I don’t think we had to settle for a specific sound or whatever.”

Unlike other artists, the isolation and downturn of the COVID-19 pandemic has creatively brought the two together. And it also inspired them to step out of their comfort zone. Accustomed to performing in the background as part of the rhythm section of other bands (Blomquist on bass and Stiebris on drums), forming their own band forced the two musicians to shift the spotlight to themselves- same.

“The funny thing is that none of us have ever been a singer or ever wanted to be a singer,” Stiebris said. “Writing our own lyrics was that other aspect of music that we had never really gotten into before. This active period of transitioning from the background to the forefront has been this crazy social experiment that we do for ourselves, but it’s a lot of fun.

Besides making music, the two also formed their own label, Take a Hike Records, in order to stay involved and support their local music community.

“We wanted to understand more things for other people and be more involved in our music community,” Blomquist said of starting his own label. “Kind of growing through that and working together on our own songwriting, and coming out more and more and kind of refining our sound with each of those [releases].”

The elevation of OK Cool’s sound from early singles like the minimalism of “I Can’t Stand in Ice Skates” to their most confident latest release is a testament to the continued development of their artistry. This is a new band, but one with a point of view and not afraid to test things as they learn and grow along the way. They even admit to experimenting with their songwriting style, jumping from jam sessions one day to poetry workshops the next. Nothing, essentially, is on the table.

“It’s fun to get together and fly things around and play with structures and stuff,” Stiebris said. “I think we really like it to be organic because writing songs two years after that [is] yet another one of those concepts that is really new to us. And we haven’t really, in the grand scheme of things, written much.

Rejecting the pressures of what it means to be an artist or what to release or what their music should even sound like gives the duo the ability to treat it all as one big inquiry into music making. It’s a safer place to play. And for the public, it’s a fun place to discover.

Britt Julious is a freelance critic.