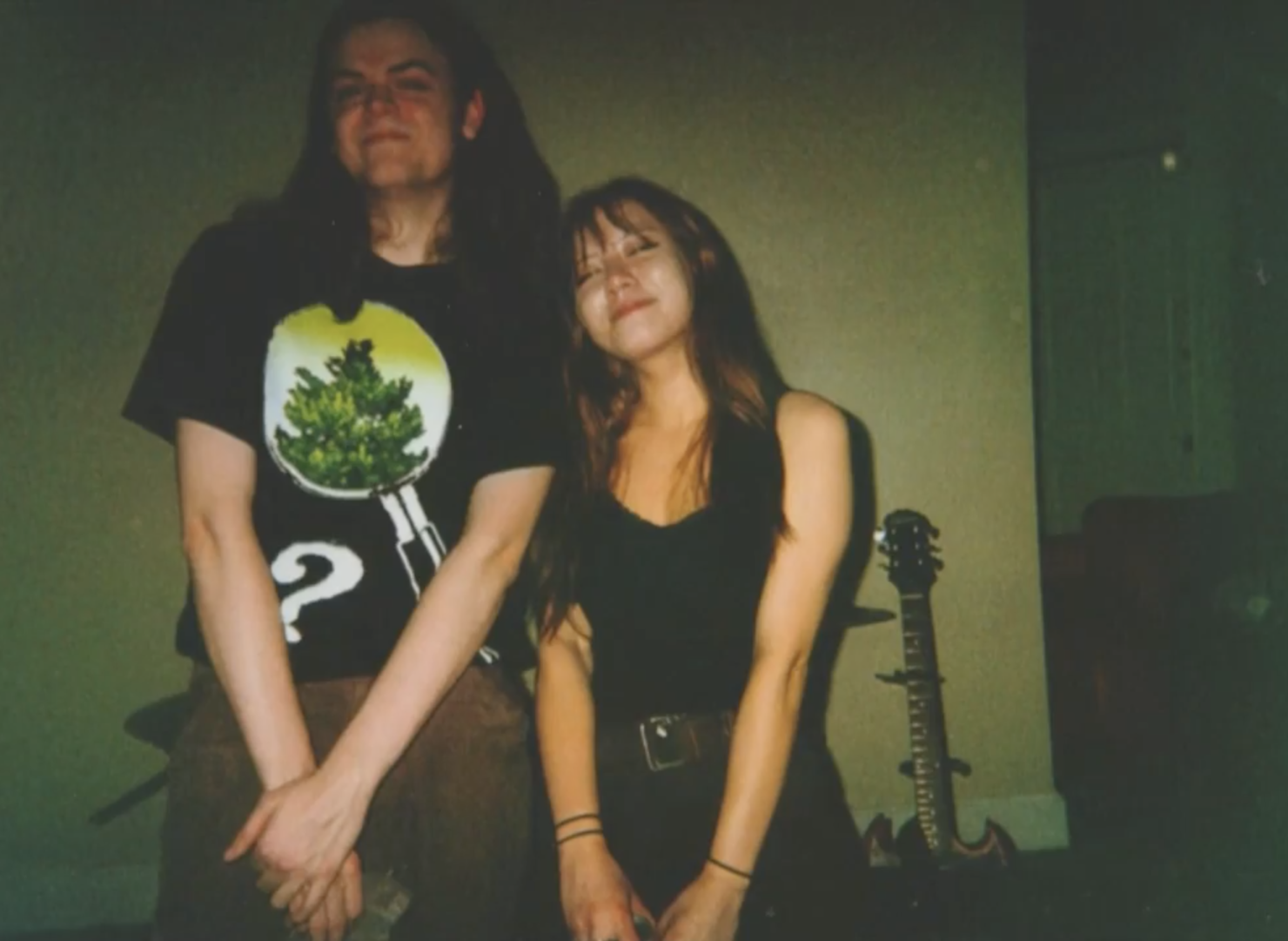 Bug Moment’s “Bugs” opens with a song so lively you can’t help but assume the rest of the album must sound like it. “Moth” is as strong as it is rhythmic, all slow, dismissive tempos and slash-and-burn guitars. It plays like someone doused a stack of Codeine and Mazzy Star records in gasoline, then lit a match.

It’s a sound they could easily build an entire album around, but on “Bugs” they don’t. Instead, the Milwaukee band takes a do-it-all approach, mixing in folk pop, muddy indie-rock, digicore beats and Auto-Tuned scribbles at every whim. The record is made up of styles I’ve heard before, but the cumulative effect is something I’ve never heard: from sadcore to hyperpop.

I’m very late for this one. Bug Moment released this album last spring, when they were still a Milwaukee songwriting duo, Jasmine Rosenblatt and Gray Edward. Since recording “Bugs”, they added a drummer (Aidan Hoppens) and started playing gigs. It’s a real band now; according to their social networks, they are working on a new album which should be released this year.

But on “Bugs” they still don’t quite sound like a band – just two people with lots of emotions, trying to find different, constructive outlets for them. Rosenblatt and Edward alternate between vocals, which, combined with the mishmash nature of the music, makes each song feel like a fresh start, creating a sense of constant renewal.

The production is just a step above a demo, but the range of the record and the intimacy these two create is mesmerizing. The album that reminds me of “Bugs” the most – spiritually, if not aesthetically – is Damon & Naomi’s “More Sad Hits”, another work of two wounded souls taking turns expressing their melancholy, finding some solace in the process. Both albums dwell on sadness not for fun, but as an act of consolation.

Of course, Damon & Naomi never kicked off a trap beat, as Bug Moment do on “Termites”, one of the many keyboard and rhythm tracks that take “Bugs” into the decidedly more contemporary realm of acts. like 100 Gecs and dltzk. . It’s this back and forth between modernity and indie-rock classicism that makes the record for me. It’s music that isn’t afraid to date itself; which perhaps on some level was even designed to date itself. If emotions are fleeting, shouldn’t sounds be too?

Each track is named after an insect or a kind of insect or invertebrate. I do not know why. Maybe it’s just a joke (it’s a band that really like Garfield; they don’t take themselves too seriously). But here’s a theory on why they bet it all on the bug motif: Each of these songs is, directly or indirectly, about feeling small. On a few songs, Edward and Rosenblatt talk about being uncomfortable outside of queer spaces. On others, they sing that they feel like strangers even in intimate relationships. Even at the most pleasant, there is a constant tension in these songs between wanting to belong and not belonging.

As I wrote earlier, I’m late for this album. “Bugs” is over six months old, which is absolutely old in the timeline of new music releases. The group is already working on a new album which should be released this year, according to their social networks. But since I belatedly discovered “Bugs” last month, I’ve had a hard time letting go of it. I listened to it more than anything else. Sometimes I didn’t even feel like listening to anything else. Don’t let the modest scale of this disarming little record fool you. “Bugs” is a whole world you can get lost in.

Member support makes stories like the one you just read possible! Your donation today keeps Radio Milwaukee independent, allowing us to continue sharing the music and stories you love.