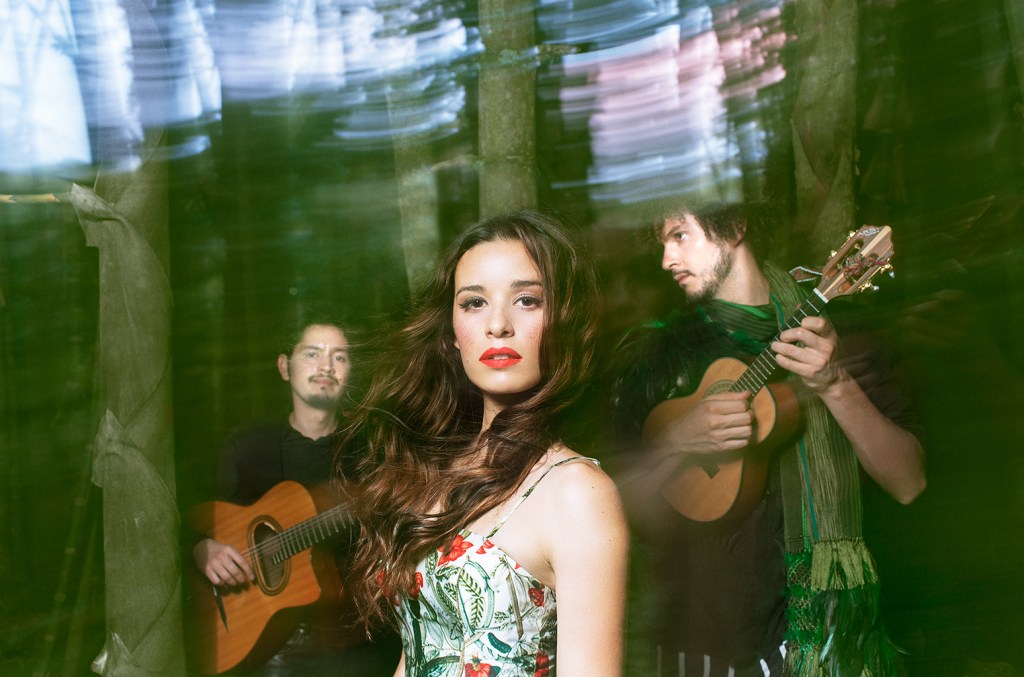 Urban music may dominate Latin playlists, but it doesn’t dominate all Latin tastes. Rather, alternative Latin sounds push the boundaries in multiple and unexpected directions, with exciting results.

1. “Confession“- LADAMA
Alt female collective LADAMA – made up of four women from four different countries (Brazil, Colombia, Venezuela, United States) with the help of bassist Pat Swoboda – is currently on tour with their eponymous debut album (Six degrees), an example of new music made by a new generation of Latinas. Their most recent single, “Confesión” – an acoustic blend of Afro-Latin percussion and guitar in an almost improvised voice – explores what it means to be a woman today. The video, directed by Bruno Guarana with the artistic direction of choreographer Beth Gill and the cinematography of Kevin Bay, “imagine each one in his own environment, isolated in an aspired world. If women were to build themselves from nothing, what would happen? ” – LC

2. “Bailar contigo” – Mr. Periné
Take off your shoes while waiting for Monsieur Periné’s languid new album, which is scheduled for release on May 18. The record produced by Eduardo Cabra is called Encanto Tropical (Tropical Enchantment), and yes it is. Shades of Tropicalia and swing, alternative pop, acoustic roots beats and firefly-like programming form a summer full moon mix that, in the words of the first single, “Bailar Contigo”, bubbles “like foam on the sea ”. See the video. – JCN

3. “Azul” – Zoe
Two decades after the start of their musical journey, Mexican Zoe navigates through a contemplative and personal story in “Azul”, the first single from their new album Aztlán. An almost languid lament, his words sympathetically implore an interpersonal connection. The futuristic take of her video, shot between Tokyo, the Caribbean and Mexico, captures a convoluted love story. – PB

4. “Debilidad” – Centavrvs
An amalgamation of electro with regional Mexican rhythms, Centavrvs delves into Mexico’s multiple musical formats in “Debilidad” and intrinsically incorporates the big band sounds of their traditional dancehall and even 80s cumbia into a weird bolero. – PB

5. “Tinta Roja” – Ana Tijoux with Lila Downs
Filled with a river of sensitivity and courage, “Tinta Roja” is the first song of Roja y Negro, the new album by Chilean hip-hop singer-songwriter Ana Tijoux in collaboration with jazz musicians Raimundo Santander and Ramiro Duran. The song takes Tijoux away from its usual rap avenue while retaining its exploratory platform to sensitive issues, and features the dominant voice of Mexican-American singer-songwriter Lila Downs. – PB

6. “Game” – Aterciopelados
Aterciopelados’ “Play” comes with a fantastic, magical 21st century realistic video filled with positive vibes set in a fabulous wonderland – and it features a cameo by Ana Tijoux. This simply wonderful debut single from the debut studio album of new songs by Colombian pioneers of the Latin alternative finds them doing their usual job, reminding us to ‘just play’. Hooray! – JCN

7. “Val” – Niña Dioz
Rapper Niña Dioz, real name Carla Reyna, looks like a guera with her blonde hair and blue eyes, but she’s a Mexican through and through, born in Monterrey. Her hybrid life shines through in “Dale,” starting with its May 10 release. Reyna, a hymn to perseverance with the Mexican side of Los Angeles as a backdrop. Experts often lament the lack of strong Latin female voices in rap. Here is one. – LC