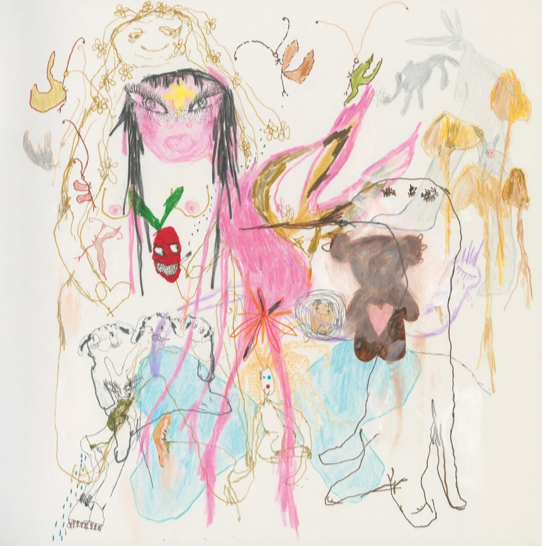 Beabadoobee’s second album exposes her deepest reservations for her fans and herself.

The cover of the album “Beatopia”, created by London tattoo artist Julia Star.

Fifteen years ago, the world of seven-year-old Beatrice Laus came crashing down when her complex, imaginary world of Beatopia was unceremoniously ripped from her when discovered and ridiculed by her teacher and classmates. His peers aggressively dismissed Beatopia, which was made up of continents, cities and even its own alphabet, as a series of immature scribbles. But for Laus, it was a sacred refuge from the prejudice and ostracism she suffered as a Filipino immigrant starting from scratch in the strange country of south London.

A decade and a half later, Laus – now beloved indie rock phenom Beabadoobee – welcomes listeners to his dreamland on his own terms with the release of his second album “Beatopia”.

The album’s lush, acoustic-infused soundscapes mark a departure from his louder, more punchy debut, “Fake it Flowers.” “See you Soon” is a dreamlike ballad about letting go of one’s burdens that draws inspiration from the emotionally liberating highs of his first mushroom trip. By comparison, “Ripples” – a wistful reflection on how she coped with her unprecedented rise to stardom highlights the undercurrent of intimacy that shines through even Laus’ most pungent past work. took center stage in “Beatopia.”

Yet the sincerity of his music is most prominent in his more eclectic musical selections on the album. Getting into a samba is the last thing that comes to mind when contemplating a kindred spirit’s hatred rooted in self-loathing, but Laus deftly marries the two into “the perfect pair” – a cut fueled by the bossa-nova that creates a danceable, yet frenetic mood and blends perfectly with the emotionally conflicted subject matter of the track.

On the other hand, “10:36” is a return to her more grungy roots as she sings about what she brought up in a Press release like a “strange addiction to human contact to sleep” on the pulse of a buzzing guitar riff reminiscent of the beeps of an alarm clock. The track is occasionally interrupted by a catchy cheerleader chant: “I don’t want to!” Yes! Yes!” This addition further illustrates Laus’ struggle to balance his need for physical intimacy with his desire for independence.

What was once a private escape from the hardships of the outside world is now a sonic sanctuary for suppressed thoughts and emotions, open to all who will listen. “Beatopia” is self-acceptance at its most cathartic musical form and a journey worth taking.